'Parasite': (Yet Another) Korean Masterpiece
Odyssey

'Parasite': (Yet Another) Korean Masterpiece

Bong Joon-ho creates magic yet again with this genre-bending thriller. 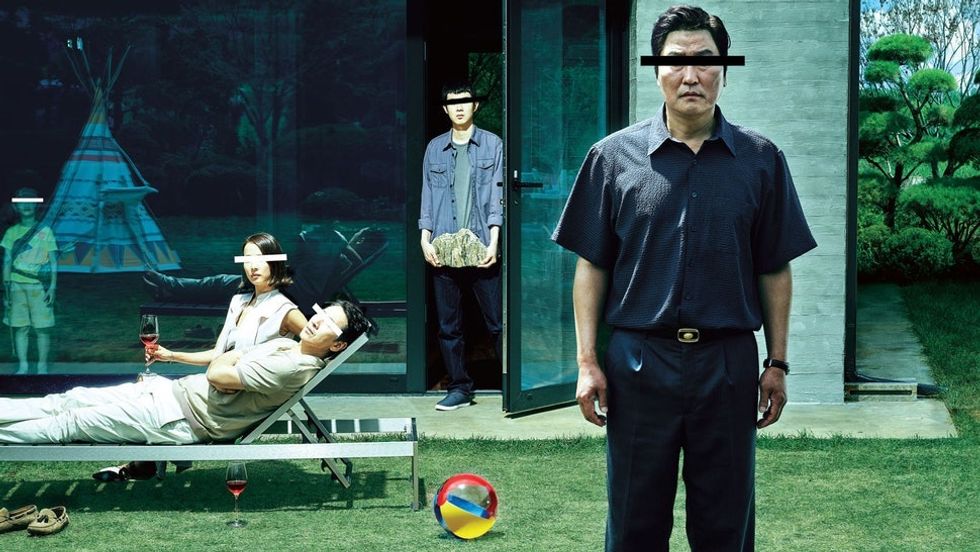 On April 29th of 2019, eagerly tapping away at my laptop in the lazy hours of a Monday afternoon, I published my first ever article to the Odyssey community: an analysis of Park Chan-wook's Oldboy. At the time, I was at the tail end of an intensive course on the history of Korean cinema, and my appreciation for South Korea's rich body of cinematic triumph was only just beginning. Soon, I dove into my research of the so-called 'titans' of Korean film: Park Chan-wook, Lee Chang-dong, Kim Ki-duk, Hong Sanghoo, Kim Jee-woon. And of course, Bang Joon-ho.

True, while you may not recall these directors by name, this veritable powerhouse of artists has brought to life such masterworks and international spectacles as Oldboy and Sympathy for Lady Vengeance, Burning, 3-Iron, Right Now Wrong Then and In Another Country, and I Saw the Devil, A Tale of Two Sisters, and A Bittersweet Life. Chances are, at least one name from that list has caught your attention or struck some distant chord of familiarity. If not, then it's more than likely that the work of Bong Joon-ho alone, director of this year's sensational Parasite, will ring some bells for those uninducted to the dreamland of Korean cinema.

Ever heard of Okja? No? Then how about Memories of Murder, or The Host? Still no? Surely Snowpiercer will jog your memory.

That's right. The lauded and artist behind the film that has taken the international stage by storm, that insane, earnest, and mindbending genre-hopper known as Parasite, is a name that you've probably already encountered several times before, perhaps without even realizing it.

As one of the most consistent top-performers, both critically and financially, of Korea's already stupidly powerful gambit of writer-directors, Bong Joon-ho has easily snagged the attention of Hollywood and streaming giants and now has his work and name stamped, albeit a tad too quietly for my tastes, into the American consciousness. Lucky for us, this means that in an age when Marvel busywork, big budget action bombs, reboots, sequels, and prequels are dominating the theaters, real art finds yet another way of squeezing its way into the spotlight.

As for his latest film, which has gained so much acclaim in its upward momentum towards American theatrical release as to become seemingly doomed to disappoint, I've found that the film well lives up to the hope. However, it may not be living up to precisely what American marketers have purported the film to be. Perhaps the misconception towards what the movie is meant to be, which was talked about at least in the context of my block of metropolitan Atlanta as some sort of twisted horror magnum opus, is a result of that endless legacy of the "Asian Extreme."

For a quick point of clarification, the Asian Extreme is a horror and exploitation movement of the late '90s and early 2000s that sold Korean, Japanese, and Hong Kong cinema to Western audiences on a sudden novelty for hard gore, ultra violence, and intense social and sexual themes, and overall graphically explicit content. Maybe I'm way off the mark here, but at least in some small way, it looks like lingering whispers of that oh-so edgy "Asian Extreme" nudged the marketing of Parasite towards making it out to be some high-octane horror-thriller.

On the contrary, while the film certainly has its fair share of violence with a dash of horror-esque elements, the entire work as a cohesive whole defies genre determinations of this kind. In fact, it's easier to think of this film as a classwarfare thought-piece, a fascinating study of the dynamic and confrontations between rich and poor in Korean society as an entire working class family hoodwinks their way into the employment of a wealthy, gullible family of four. The two groups prove parasitical to each other, flawed and pathetic and cannibalistic and pitiable in their own unique ways, determined entirely by the ruggedness or enviable delicacy of their socio-economic habitats.

Think of this as the framework that unites the entire film into a cohesive vision into one of the worst and most bitter divides in human society: class. Then, and only then, can genre be blended and weaved into the body of the film. At times, a slapstick comedy, an espionage drama, a horror thriller, and a domestic and social tragedy, Bong Joon-ho's internationally beloved Parasite is a bold realization into the still undiscovered and unheeded possibilities of film as something fluid and all-encompassing, as an experience that expands beyond thematic cliche and tracks the downward spiral of a familiar narrative of rich versus poor and breaths new life and new shape into this universal travesty.

If at this point you're still skeptical of the film's power or its finesse, then I can hardly blame you: disappointment is an all-too familiar taste in the entertainment industry, and such high promises and praises about a film is hardly something new to a regular film goer. Perhaps I've just bought into the hype and am posturing myself as some culture Korean-film intellectual. Maybe I'm full of shit. Maybe it's too good to be true. The only way you'll really know, I suppose, is if you flick off the typical industry-pumped-out schlock of action blockbusters or animated adaptations, and give Korea and Bong Joon-hoo their well-earned chance at a few hours of your time.