The symbolism and values behind my sorority and the six honors society I am involved in are treasures I will take with me after graduation. 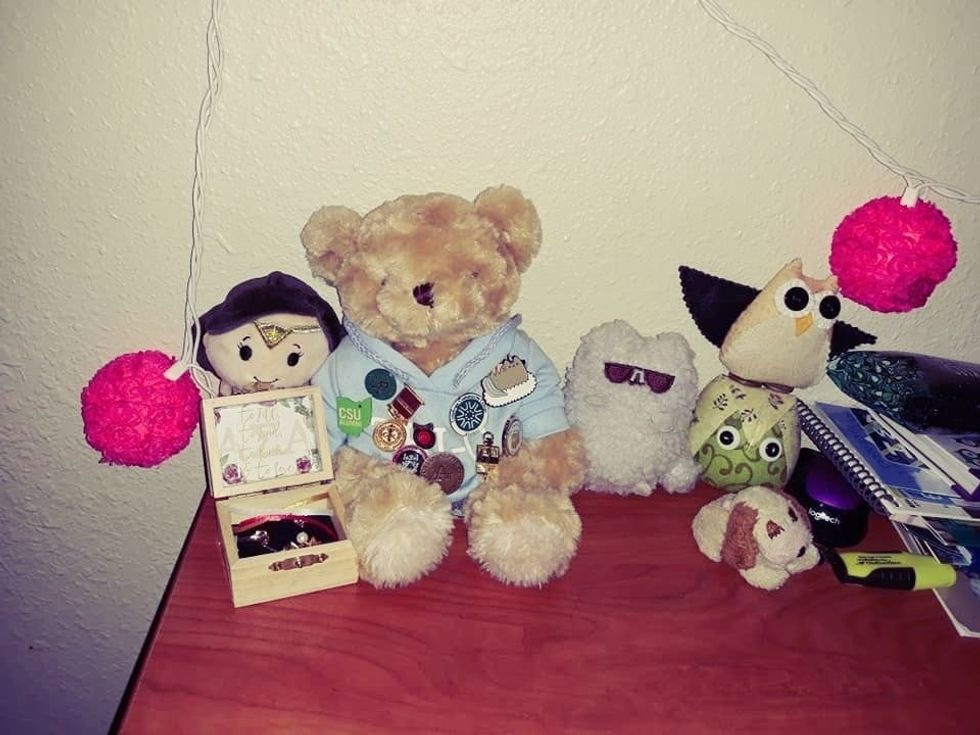 This past weekend was action packed. On Saturday, April 27th, I had my Delta Alpha Pi International Honor Society induction and on Sunday, April 28th, I was inducted into the National Society of Leadership and Success induction in the early afternoon and then proceeded to present my senior legacy plan for my sorority, Alpha Sigma Alpha.

On Saturday, I was inducted into Delta Alpha Pi International Honor Society. This honors society is particularly special to me because it celebrates the accomplishments of students with some form of disability, yet, despite these barriers, are able to break the stigma surrounding disabilities through setting the example that disabilities do not have to hold us back, or "disable us." This organization encourages us to celebrate our achievements, whatever form they may take while setting an example going forward that disabilities may be a part of who of we are, but do not define us, nor limit us in being leaders and achieving great things.

Earlier this semester I was inducted into Lambda Pi Eta, which is the National Communication Association's official honor society at four-year universities. According to the National Communication Association, Lambda Pi Eta represents what Aristotle described in Rhetoric as three ingredients of persuasion: Lambda, logos, meaning logic; Pi, pathos, relating to emotion; and Eta, ethos, defined as character credibility and ethics.

During the Fall 2018 semester, I was initiated into Order of Omega, honor society for leaders in the Greek community and encouraging Greek-wide unity among the sororities and the fraternities. I was also initiated into Golden Key International Honour Society. The seal of Golden Key puts emphasis on academics, leadership, and service. As with all these different honor's societies, recognition of academic excellence is only the beginning; these organizations aim to help students discover who they are so that they can reach their potential.

The year prior, during the Fall 2017 semester, I was initiated into Tau Sigma Honor Society for Transfer Students and became a charter member for my sorority, Alpha Sigma Alpha. Tau Sigma aims to help transfer students feel recognized in their academic achievements through the first semester at their new school, while also promoting their involvement in student life so that transfer students, like myself, can continue successfully through their journey after transferring. The values of Alpha Sigma Alpha, growth, integrity, responsibility, generosity, enjoyment, relationships, and learning are what drew me to this organization, in the first place, and, in fact, I have them as my lock-screen screensaver.

I absolutely adore symbolism and the deeper meaning behind what can potentially be taken at face value. I was so excited to learn more about the shield for NSLS, over the weekend, which includes a Phoenix, just how ASA's insignia does. The Phoenix in NSLS symbolizes overcoming adversity since the Phoenix is capable of rising from the ashes. For my legacy plan, I discussed the symbolism of Alpha Sigma Alpha as an organization and shared my experiences pertaining to each symbol through in what became a PowerPoint photo book, which also turned into a day of celebrating poise and purpose, living joyously, and success through leadership development.

The Delta Alpha Pi pin and the National Society of Leadership and Success, are great additions to my "honors bear," which was given to me by my parents the day of my Cuyahoga Community College commencement ceremony; I have been adding pins to it ever since I transferred to Cleveland State University. All I'm missing is my Order of Omega pin, but the rest of them are pictured in the cover photo.

With my involvement in all of these student organizations, I will be wearing 5 sets of honors cords, my honors award medallion, and my ASA stole at graduation. Initially, I was embarrassed by all my graduation regalia, but thanks to the reassurance and support from my best friends and parents, I am no longer embarrassed and am so proud of myself for how far I really have come, despite mental illness, trauma, and recovery, and what I've been able to achieve despite.

Though it's technically a mythical creature, the Phoenix has officially become my spirit animal, right up there with owls and butterflies, because no matter what happens, I know in my heart of hearts that I am more than capable of overcoming adversity, whatever shape it may take, and am so excited to move forward fearlessly, with these values and symbols guiding the way.