A Generation Born of a Nauseating Society
Odyssey

A Generation Born of a Nauseating Society

A few short years could change a lot... 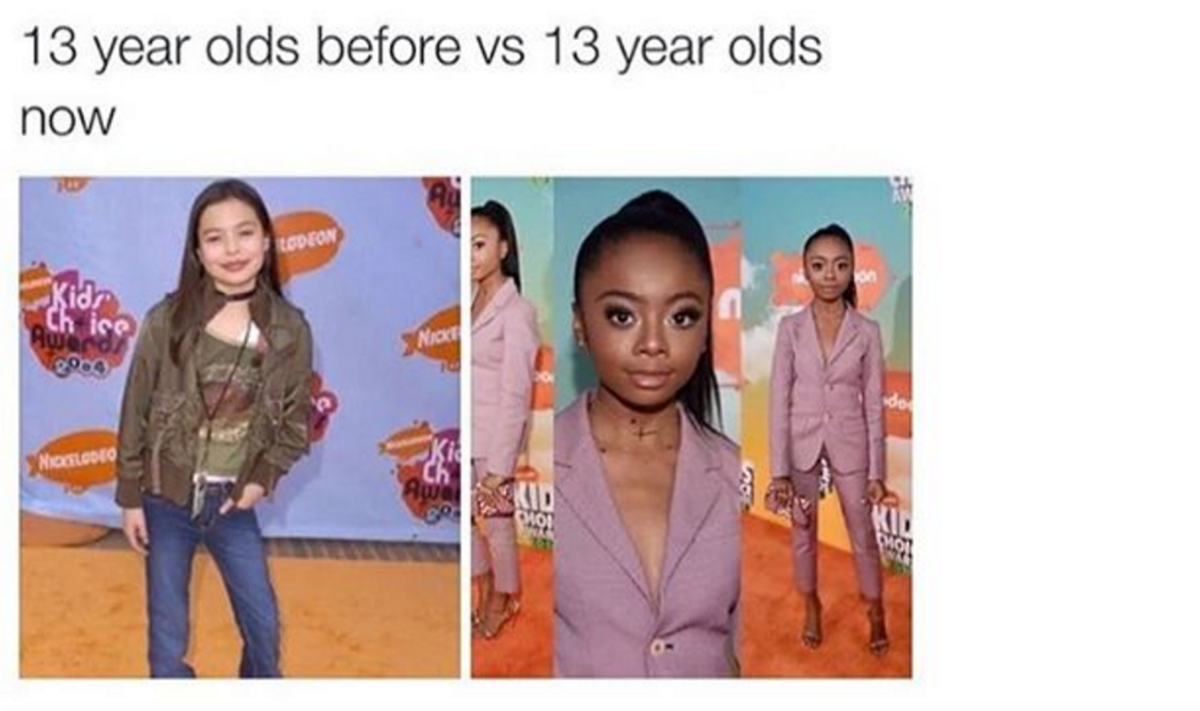 For anyone who hasn’t noticed, the generation of and after 2000 is nothing like the generation of us born between 1990 and 1996. A general statement, I know, however, I’m about to explain every detail of what I mean.

There are only a few short years between 1996 and 2000, but the generation is different in a way that will blow your mind. When I was eight, I would beg my mom to take me to Limited Too and Claire’s. There was nothing I wanted more than a hot pink sweat suit and a bunch of Webkinz (which were over $30 at the time and are now less than $1).

When I was 13, I wore shirts that said, “Aeropostale” obnoxiously across the chest. My attempt at applying makeup was a rigid blue line a couple of centimeters from my lower lash line, and my hair was mostly in a greasy bun with choppy side bangs and some sort of colorful barrette. My peers and I went through this together. We chatted on AIM and video called on Oovoo. We went to the mall with the $20 our parents gave to us for the week. We used marble composition notebooks in class, not a tablet. We interacted with each other. I had a GameBoy, which was later upgraded to a DS when I was 14. The biggest drama in my life was Miley Cyrus and Nick Jonas’ breakup.

There was an innocence about us. An innocence that is nonexistent amongst the generation born just 3-5+ years after us. Again, it seems like no time at all. How could everything change in just a few years? We were raised by the same parents, went to the same schools, and taken care of. So what happened?

13 year olds now look the way I did when I was 17. 15 and 16 year olds now, look my age (20). It’s not their facial structure, or their height. That has nothing to do with it. It’s the piercings in inappropriate places, the ostentatious Instagram personas that their parents don’t know about, the lash extensions, the bombshell bras, the entitlement, and the monthly visits to the hair salons.

The number one thing wrong with their generation: they crave an image. They need an image. They need a certain number of likes on Instagram, otherwise they delete the picture out of pure embarrassment, they need VSCO accounts where they can post pictures that are a little too racy for Instagram (even though they paste their VSCO links to their Instagram bios), and they need to feel like an Instagram model, by looking into the distance on a beach, while their friends take “candid” pictures of them.

We all go out to eat to enjoy ourselves and have fun, and if our food looks good, we snap a pic. They go out to eat for the picture. Understand the difference? They seek acai bowls and smoothie bowls, simply for a picture of it. They strive to be like the (what we would call Tumblr-models) Instagram “models,” who advertise Fit Tea, take selfies at the gym, even though they aren’t working out, live a “vegan” lifestyle, and draw on their own damn freckles with a $45 eyeliner.

It’s a generation of whipping, and dabbing. They just get what they want. There’s no rewarding your child anymore, simply because your child is now incredibly entitled and won’t talk to you for three months if you don’t buy him the iPhone 7 the day it comes out. And parents, it’s not your fault. They are a generation born of a nauseating society.