Well I Guess This Is Growing Up

Well I Guess This Is Growing Up

A coming of age story... 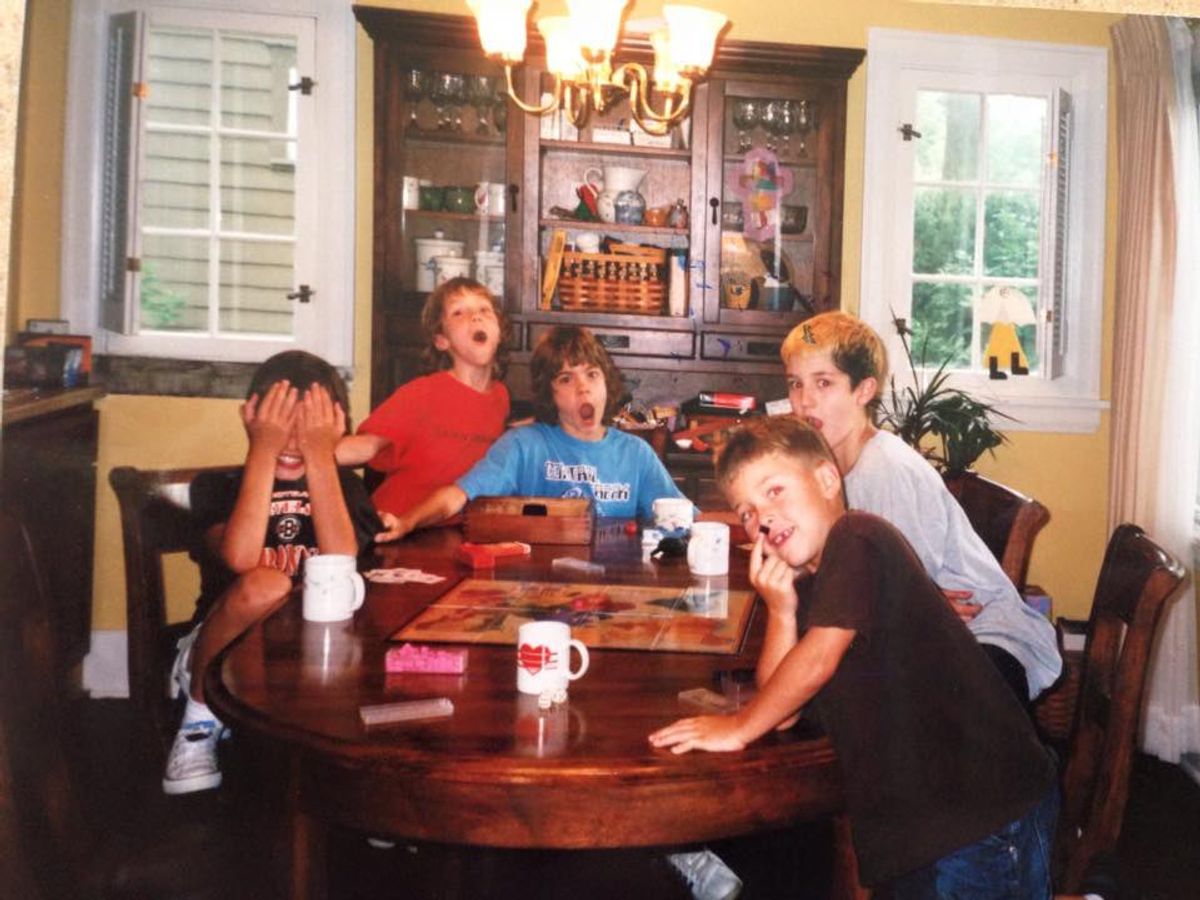 When I was younger, I used to be so focused on becoming older. I used to ask my parents all the time at what age my voice would deepen or when I would get big muscles. I would dream about what college I would go to, and which team was going to select me in the NFL Draft. I always have been and always will be a dreamer.

Despite this, even in the moment, I knew I was blessed for the childhood and upbringing I had. I grew up on a street with a large group of neighborhood boys, all my age. These guys would later grow up to become my brothers. Guys that have seen me at my best and at my worst, and friends I have had the greatest memories in the world with. I started a band with them, we played in the woods together, we made movies, played video games, had sleepovers and shared everything with each other. To this day, I smile when I think of those days, to have had a friendship so pure and so real as the kind I had with the gang on 16 Street.

Once we hit middle school, we started to grow up fast. I remember when the topics changed from which Star Wars character we liked the most to which girl at school we thought was the hottest! I remember feeling so grown up when we would ride our bikes 2 or 3 miles to the mall together, and that feeling being amplified when we could drive across the state together. But the more things change, the more they stay the same. What we looked like and what we were interested in certainly changed over the years, but the bond was constant.

After I graduated high school (I was the second oldest in our group), I went off to college out of state. I was to embark upon a life changing journey that would shape me into the man that I am today. My friends all knew that this was something I had dreamed about since I was young, and supported me 100 percent. And so I left the neighborhood, returning 5 months later to find it exactly the same as I had left it. Or was it?

When I came home, my room was still a mess, my family still loved me the same and my dog was still stinky. Driving to my friends’ houses felt familiar and so did embracing them, but something was… off. They seemed like the same guys I remembered, but for some reason I just wasn’t having as much fun as I used to around them. Each time I would return home for Christmas or Summer Break, this empty feeling in my stomach would grow. And each time I would reunite with my friends that I had been friends with since we were about 9, I would come home with a sour taste in my mouth.

It’s taken me almost two years since I left home for the first time to realize why this is; I’ve outgrown my childhood completely. I’ve had so many new life experiences outside of my city, and going back to it just isn’t the same. There is nothing wrong with my friends, and I still love them, but I just know that it’ll never be the way that it used to be. Sure, I remain pretty close with a few of them, but the gang that I grew up with is gone. I thank God for them and for the experiences I’ve had with them and wouldn’t trade them for the world. But it's time for me to move on.

My experience is by no means unique. I would say that the great majority of students who go off to college and come back would have a similar story. At the end of spring semester, we’re happy to come home, but by August, we can’t wait to go back to the place where we feel we truly belong. Growing up is not something that happens all of a sudden. It’s not like you’ll go to bed and wake up with facial hair and a deep voice (I legitimately thought this), but instead it surprises you. One day you’ll realize that the last few years have flown by pretty quick. So best to enjoy the ride, laugh, cry, eat, drink and find pleasure in the people you do all of these things with. Pretty soon, we’ll be getting married, starting families, getting real world jobs and having to adult, so live up these wonderful adventures you find yourself on. After all, you’re only young once...
Report this Content
This article has not been reviewed by Odyssey HQ and solely reflects the ideas and opinions of the creator.