Yes, God Wants Me To Be An Atheist
Odyssey

Yes, God Wants Me To Be An Atheist

When Theism just is not your thing. 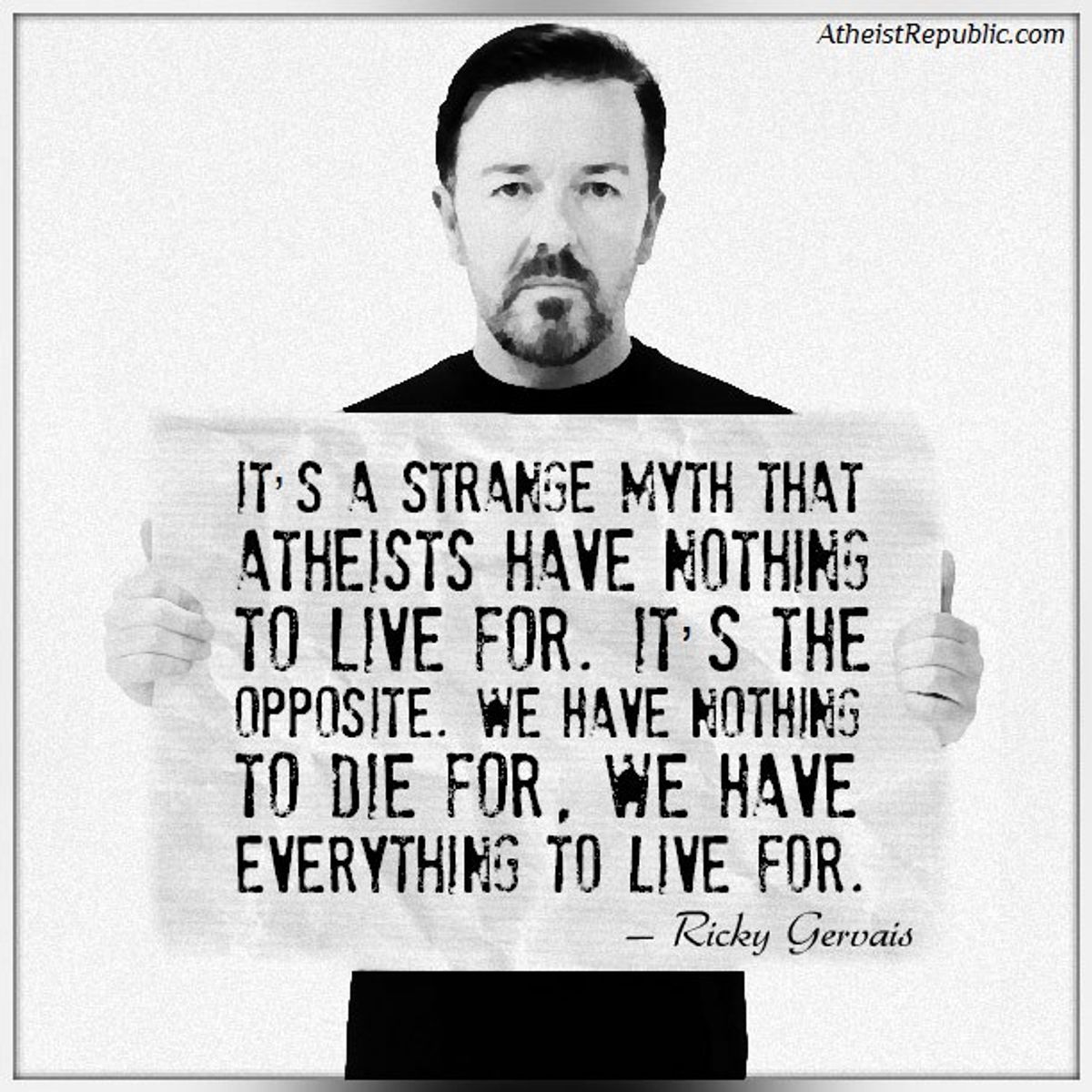 Religion has been both salvation and damnation throughout history. For some, religion can provide solace. It can truly be a powerful and influential force in one's life. Take for example the Oscar-nominated film Hacksaw Ridge. The main character, played by Andrew Garfield, arguably survived and saved all of the men that he did because of his faith. Whether or not there is a god out there, his faith in God is what helped him live through hell. Leaders like the Dalai Lama and Mother Theresa have wielded the power of religion in a positive way and highlight some of the best parts of religion.

On the other hand, religion can be abused and used as a tool for oppression, hatred, judgment, and ostracism. Stoic Philosopher Seneca once said, "Religion is regarded by the common as true, the wise as false, and the rulers as useful". The most fascinating bit of that quote to me is the very last part. It is unbelievable how many wars and acts of hatred have been started in the name of a god. One of my favorite song lyrics is from the song Ghost to Most by the Drive by Truckers. This song is about the war in Iraq. The line goes "some believe it's God's own hand on the trigger and the others dumping water in the streets", meaning that for some, war and atrocious violations against humanity have been justified in the name of whatever god one worships.

Needless to say, religion has had a profound impact on all of our lives whether we like it or not. In fact, it is hard to imagine living in a world where religion did not have a significant impact. In America, we have references to God in our pledge of allegiance, on our dollar bill, in presidential speeches, and even in schools. Given the sheer amount of influence religion has on our society, what is it like for people who are not religious or do not believe in a god to live in? According to Pew Research Center about 3% of American adults identify as Atheist. While by no means a large percentage, Atheists are a part of our society and yet face much criticism and disdain given their beliefs. Found in the same study aforementioned by the Pew Research center, 51% of Americans said they would be less likely to vote for an Atheist presidential candidate, and 45% said belief in God is necessary to have good values. When rated on a scale of 0-100 on general warmth and positivity vibes Atheists placed second to last at 41 while the scores of their religious counterparts tended to hover around the 60's. Based on this information, it becomes quite clear that Atheism, in general, appears to have a bit of a negative connotation to it. What is it that sets apart the theists from the atheists? What piece of religion makes people appear more righteous or more likely to have "good values"? I would argue nothing sets them apart in terms of being good people or having good values. I believe benevolent and malicious people exist in both theism and atheism.

In my experience, one of the most important things about religion for people is not only the solace and peace that comes with believing there is a higher power out there but more importantly, it gives one a moral compass and a set of rules by which one should live their life. As people, I believe we are inherently drawn to some sort of order in which to follow. While nature's unaltered state is entropic, it also has a certain order to it, laws by which it must follow. Perhaps Atheism is feared because people who prescribe to this belief are viewed to not have good values or morals as evidenced by the aforementioned fact that some 45% of American adults believe faith in a god is necessary to have them.

In one of my classes the other day, a student proposed that our morality comes from God and that this is the only explanation for why morality seems to transcend time and geography. As an Atheist, this comment puzzled me because, to me, it is entirely possible to be a moral being with good values without believing in a god. If we were to wake up tomorrow and discover that there was proof that God did not exist, would we go on a murder spree because the very thing that we tied our morality to no longer existed? I sure hope not. While I haven't the slightest idea where morals come from I believe they are not something that is inherently derivative of some deity.

I am an Atheist because, among other reasons, I cannot reconcile that an omnipotent God exists and allows all of the evil in this world to happen, or that there is some paradise or hell waiting for me after I die. This does not mean that I do not have morals. I consider myself to be an individual with a moral compass and to have a sense of good values. Though I do not believe in a life after death, this does not mean that I have nothing to live for. In fact, knowing the very mortality of my own life, I would argue that I cherish my moments and days more.

Even though I am not a religious person, I still respect and value those who find religion to be a positive outlet in their life. I hope that someday people will begin to look at Atheists in a similar way and maybe one day associate it with more of a positive connotation.