5 Of The Best Opening Scenes In Movie History
Odyssey
CurrentlySwoonLifestyleHealth & WellnessStudent LifeContent InspirationEntertainmentPolitics and ActivismSportsAdulting
About usAdvertiseTermsPrivacyDMCAContact us
® 2023 ODYSSEY
Welcome back
Sign in to comment to your favorite stories, participate in your community and interact with your friends
or
LOG IN WITH FACEBOOK
No account? Create one
Start writing a post
Entertainment

5 Of The Best Opening Scenes In Movie History

The moments that dropped our jaws and has us watching until the credits roll. 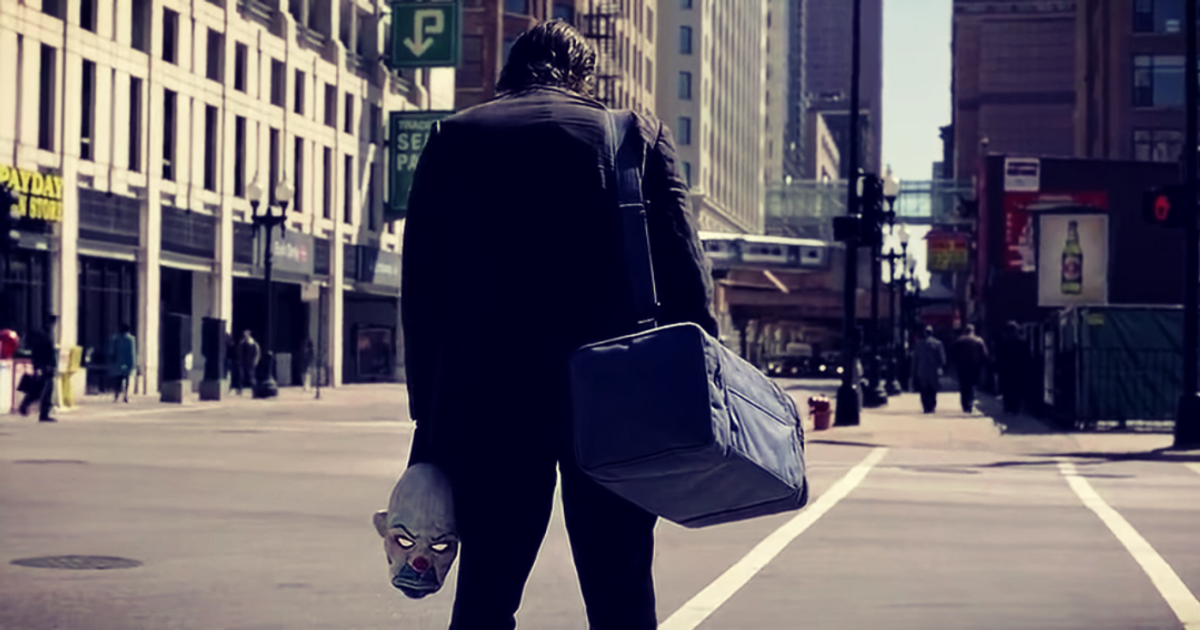 Today, cinema moves at lightspeed. Every week is punctuated with scores of theatrical releases along with plenty of new Netflix / Amazon / Hulu / Disney / Itjustdoesn’tstop productions. With a flood of choice anytime we feel like booting up the silver screen, movies have to do more than just capture our waning attention.

Great movies must grab us from the opening shot. They have to reach out to us and push us tightly against our seats. Our breath ought to be caught in our throat until the end credits roll and we exhale, as excited for fresh air as we are disappointed that the tension has relented. An amazing film might hold us with suspense, humor, intrigue, or just characters that we simply must continue to know. Each film does it differently and no two can speak to us in the same way.

Below are those films, throughout all of cinema, that grab hold of viewers from the very first moments. In my opinion, these are the films that begin with a slap in the face and never once leave you checking your phone on the side.

In Christopher Nolan’s second installment of his Batman trilogy, viewers are introduced to the Joker in a harsh fashion. Six men in clown masks pull off an intricate bank heist with a twist: as each man finishes his job, another is tasked with immediately taking him out. The Joker’s infamous clever (and twisted) orchestration is introduced in a tense set piece that leaves only the villain himself as the remaining survivor. He pulls out of the bank in a fresh schoolbus, all the money in tow. The Dark Knight, in just a few opening minutes, has established a villain with both a worldview and incredible power. It’s no surprise that Nolan’s masterpiece is considered one of the best superhero films of all time.

Raw is Julia Decournau’s film featuring a young veterinary student who leaves home for college. The film is thoroughly unnerving throughout - not meant for the faint of heart. The opening scene is brief, but it paints a disturbing picture that will reverberate through the rest of the film. I’ll describe it briefly and vaguely… the rest you should absolutely watch yourself.

The opening scene is a single shot. A beautiful, desolate road appears. A thin mist rolls over the countryside. A lone car approaches from a great distance away, driving towards the camera. As the car nears, a body lunges from out of frame. The car swerves. It crashes into a tree by the side of the road. Hard. From so far away, we can only guess that the driver is close to death. The body that lunged towards the car rises from the gravel, unharmed. They look around before beginning to walk purposefully towards the car.

Orson Welles’ Touch of Evil has the original long take. The opening scene is a single shot, following a moment of intense suspense as the camera pans across city blocks. The incredible long takes that we see in movies such as Birdman (2014), Children of Men (2006), and just about every other movie that employs the technique are borne from this film’s ambitious opening. Before the explosive ending, the entire scene draws audiences to the edge of their seats by refusing to cut the tension. The long take keeps every eyeball glued to the screen in anxious anticipation. Many of your favorite openings may borrow heavily from Welles’ original innovation.

Idiocracy opens by flipping our expectations on their head. With a voiceover straight out of a 50s PSA, the introduction tells us that our imagined future of technology, wisdom, and peace is a far cry from the reality. Images of art turn to celebrity and wisdom to amusement. The movie sets up its premise by showing how low-intelligence families proliferated as society’s elites could hardly muster a child.

The opening is quick. It’s full of jokes, it isn’t very nice, and it feels intentionally silly. The wacky, insensitive, but hilarious exposition perfectly sets up the tone of a ridiculous movie that never disappoints

Nolan makes his second appearance on this list with another masterful opening. Memento is a film about a man with no short-term memory. It is also a rare film where the form closely mirrors the content: the film progresses backward in time as the protagonist and audience try to make sense of the situation without the aid of memory. As a result, we are closely connected to the main character throughout the film.

Yet, the opening scene leaves little room for sympathy. The scene is rolled completely in reverse. A polariod image reverse-develops 'before' the protagonist shoots a pleading man in the back of the head. Needless to say, we're interested to see what happens next here. Without missing a beat, the film begins to show scene after scene with each jumping backward in the story. By the movie's end, our questions have been answered but our heart hasn't slowed. Memento is a thrillride from start to finish.

Nicole Marie Nigro
Individual Creator
8508
c1.staticflickr.com
Where to start...... Let me start with the cliche that life throws us curveballs and what we do with it is what counts.