An Open Letter To Ted Cruz

So much for "Voting your conscience." 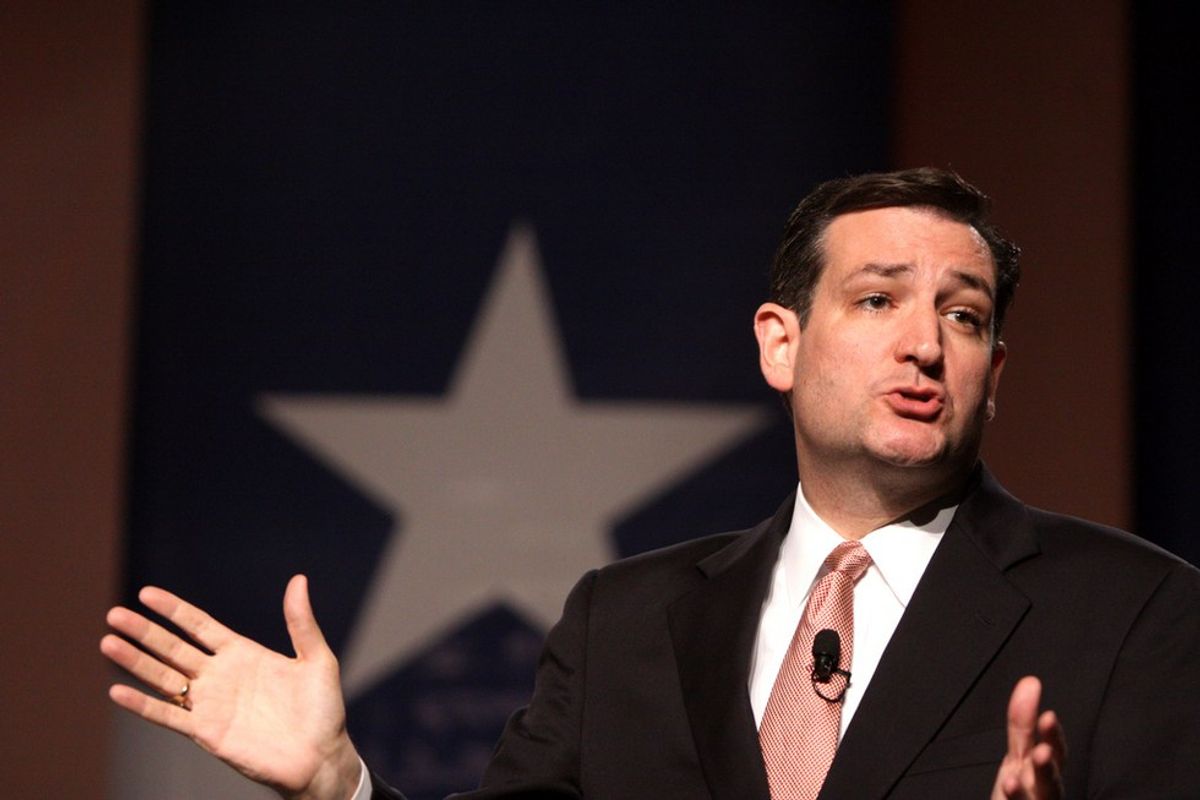 You don't know me. I'm a liberal college student and am the child of immigrants. I'm probably one of the last people that would even want to pay attention to you, and you probably don't even care about people in my demographic (which is fine). Whenever I would hear anything about you on the news and see you on TV, my first instinct is to change the channel. I despise nearly everything you stand for, and if you couldn't already tell, am probably one of the last people that would ever vote for you. That being said, whenever you stood up to Donald Trump at the RNC, and encouraged people to vote their conscience, I gained some respect for you.

The fact that you refused to be another puppet of the Republican party and support Donald Trump after so many other powerful voices of the GOP had started to back him (Paul Ryan and Mitch McConnell to name a few) was a really gutsy political move. I respected that you weren't going to back the bully that had insulted your wife and family on social media, and that you were going to vote for the candidate that you believed would be the right person to represent our country, no matter what their political affiliation.

The fact that you are now supporting/endorsing/backing Donald Trump means that you are a liar and a coward. You have gone back on everything you stand (or now stood) for and have fallen victim to the Trump tirade. I don't know how you support a candidate that has publicly insulted you, your father and your wife, and how a father of two daughters can support a man that has HORRIBLE views on women.

We clearly know this is due to political pressure from powerful republicans and supporters. Just yesterday when Ted Cruz was in Austin for the Texas Tribune festival, he couldn't say whether Donald Trump was "fit" to be our 45th president. Even though Texas has been a very red state, Trump might be one of the very few people that could encourage Texas to turn blue. With two major newspapers (The Houston Chronicle and the Dallas Morning News) endorsing Hillary Clinton, and an ever growing Hispanic demographic that doesn't seem to be loving Donald, the concern that Texas could turn blue this election season is an ever-growing threat.

So congrats. Congrats on going back on what you stand for, and being the world's biggest hypocrite. I hope that the day that you lose your senate seat is soon, and that you make political decisions that are what you stand for and not be bullied into the ideology and morals of Donald Trump and the Republican Party.