An Open Letter to the Man Who Chose to "Step" Up

As the saying goes: anyone can be a father. But it takes someone special to be a dad. 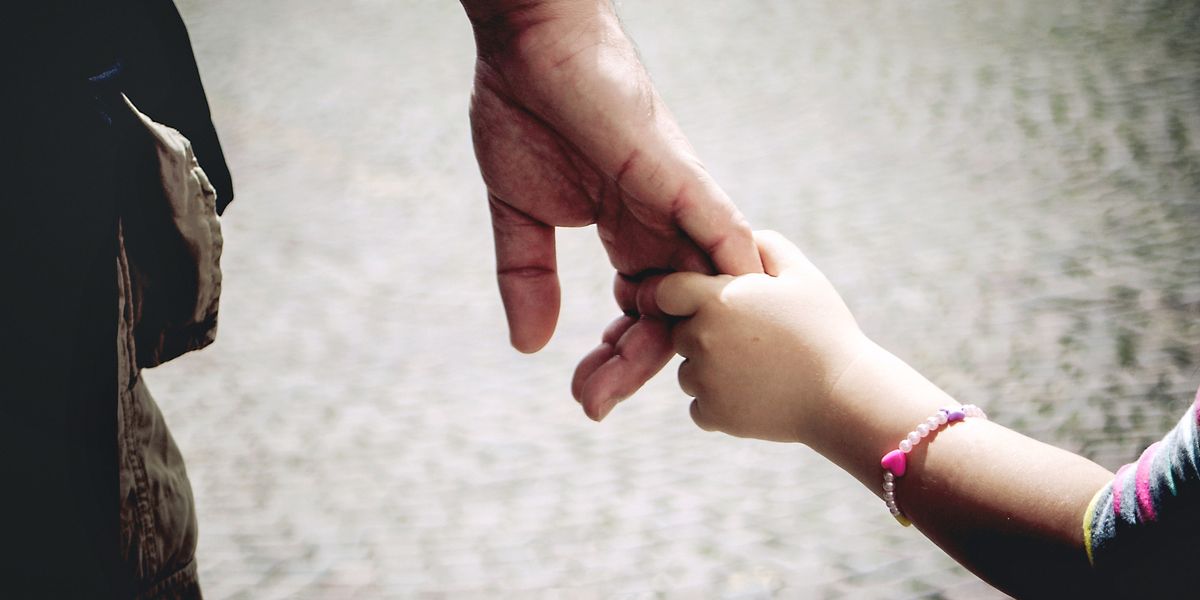 My parents divorced when I was four years old. My mother obtained custody of me and my little sister, and she decided to pack up and move us all to a different town.

She introduced me to another man about a year later.

I vividly remember craning my neck up to look at him and thinking he had a lot of hair on his face. I remember accidentally spilling hot candle wax on his fancy couch and getting some stuck in my hair and his calm demeanor when it happened. I remember purple and green ketchup in his fridge and thinking it was the coolest thing in the world. I remember a lot of things from the day I met that man.

I remember little things about my father from when I was young.

I remember running in the backyard, the feel of the sharp sticks and rough gravel underneath my feet, while he sat in a folding chair watching me with a smile on his face. I remember visits to the gas station down the street solely for buying bug juice. I remember sitting with him on the couch while watching television, his three-legged dog sitting between us.

However, these memories are small and far between. My father is still my father, and he always will be, but the title of “dad” was taken when I met the man with the cool ketchup.

I think it’s one of the most misunderstood dynamics. When we’re young, we learn about the evil stepmothers in Cinderella and Snow White. We’re prompted as children to view this idea of ‘step parent’ as a bad thing, when in reality they’re some of the kindest, most selfless people in the world.

A mother and father have a biological obligation to love their child, but a step parent makes a choice to love him or her. My stepfather took in my sister and me with open arms, and continues to do so every day. His decision to love me has shaped me into the woman I am today.

The step parent factor typically adds in a whole new layer, a careful balance of what should and can be said. I never really experienced that issue, as he’s always been Dad to me. He’s the man who had to stick through the good and the bad since I was a little girl. He was the one who asked about my homework every day and gave me rides to school in the morning. He was there when I had meltdown after meltdown over parallel parking leading up to my driving test. He was the one who walked me through the stresses of college and vehemently backed my bitter feelings when a boy did me wrong. He was always there.

The true meaning of family goes beyond the constraints of blood and lineage.

Love is a dad taking his daughters outside in the pouring rain and racing the truck through a huge puddle of rainwater just to see them laugh when it sprays onto them. Love is answering every phone call about a light coming on in the car or when the internet stops working. Love is taking it in stride when the woman you just started seeing has a five year old daughter who swats your hand away every time you try to hold her mother’s hand. Love is being there and staying there and putting in effort each and every day, not because it’s easy, (because God knows having a daughter isn’t easy,) but because you’re hers and she’s yours and you’re the only thing she's ever known.

As the saying goes: anyone can be a father. But it takes someone special to be a dad.