To The Boy Who Broke My Heart
Odyssey

To The Boy Who Broke My Heart

Everything I should have said, but didn't. 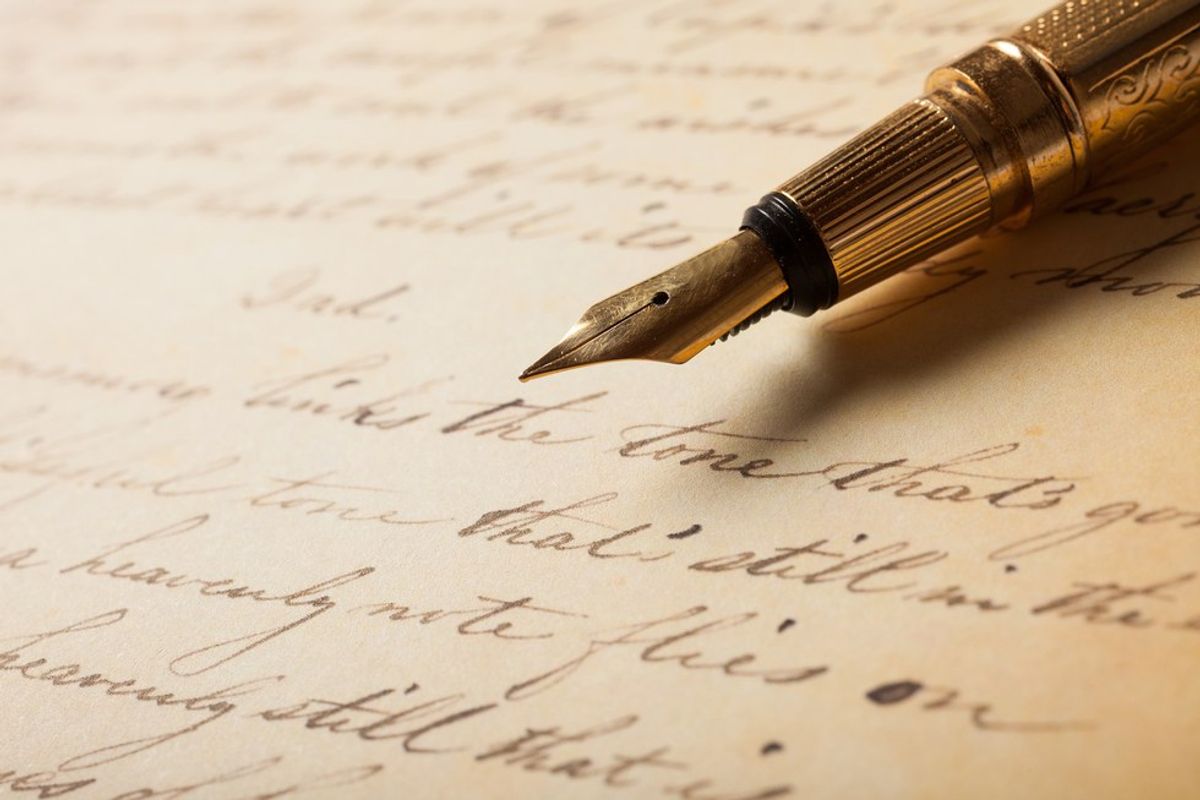 To The Boy Who Broke My Heart:

My friends say that I fall in love twice a day, if not more.

For someone who is so loving and affectionate, even to casual strangers, it must have confused you that it was so hard for me to express how I felt about you--about us. It felt like our roles were flipped; you were more affectionate, constantly asking where we stood and where this was going. I was more reluctant, my words more stilted and awkward. For someone that has already published her first novel, I had a surprisingly difficult time expressing my own emotions.

I had a hard time trusting boys. I still do, but when I met you, all the boys that I’d interacted with so far had wanted one thing, and one thing only. I thought you were different. You seemed more sophisticated, more grown-up than the boys that I met over kegs at parties, than the boys who stared more at my body than my face. Clearly, I was wrong: you weren’t any more grown up than they were; you were just more mature in different ways. The way that you chose to end things proved that. You were so concise, so direct and to the point, that I felt as though I was merely an item on your to-do list; check and done.

You broke my heart. I’d tried so hard to be careful and not fall head over heels for you. I claimed that you liked me more than I liked you. I even went on dates with other boys, and felt guilty about it. When we were over, I couldn’t help but feel betrayed. It felt like you’d waited to make sure that I really loved you before you broke my heart.

Did you know that you made me cry in Disneyland? You knew I was going there, yet you chose to break up with me less than two weeks before I went. Seriously? Did I ever tell you that it wasn’t the first time I’ve cried over a boy in Disneyland? He hurt me, but the way you made me feel was ten times. No, a million times worse.

I know that this letter might not seem fair, that to pin it all on you wasn’t right. The truth is I know I wasn’t blameless in this. We were from two very, very different worlds. At the time we just started getting closer, life was pulling us apart. My internship meant we had to be three hours away for six months. You warned me that you didn’t do casual relationships, and when you wanted to put a label on us, I dug my heels in, but never told you why. I should have, and I’m going to now.

I didn’t want to label what we had when I was so far away. Not because I wanted to keep my prospects open--like I’m sure you thought I did--but because I didn’t think that was fair to you. For some reason, you were under the impression that I was the kind of girl that guys bent backwards for. You were wrong. I never told you otherwise. Maybe I was too hesitant. Maybe you needed more validation, and were used to more validation. Although you did the things that I wanted, like sending me letters and walking to the door instead of texting your arrival, it was hard for me to reciprocate because I just wasn’t used to that. None of the other boys that I’d been with had done things like that for me.

I still keep that letter that you wrote me. I still have the necklace. And though I am, truly, over you, sometimes I read the letter on days when I need to feel better about myself. Sometimes I read those old messages that are still on my phone, nearly a year later.

I know that you’ve moved on, and I hope you’re happy. Me? I’ve moved on, too, but I wouldn’t say I’m completely happy. But I’m almost there. A little more jaded, maybe, but a little more hopeful, too. Because you treated me the way that every girl dreams of, and I have hope that another boy will, too.

My friends say that I fall in love twice a day. And maybe they’re right, but once I fell for you, that was it.

Caitlin Marie Grimes
University of South Florida
4860
Beyond The States