The Unifying Nature Of Time Allows Existence To Occur; But What If Existence Is Both Not Created And Already Ended? The Following Thought Experiment Investigates. 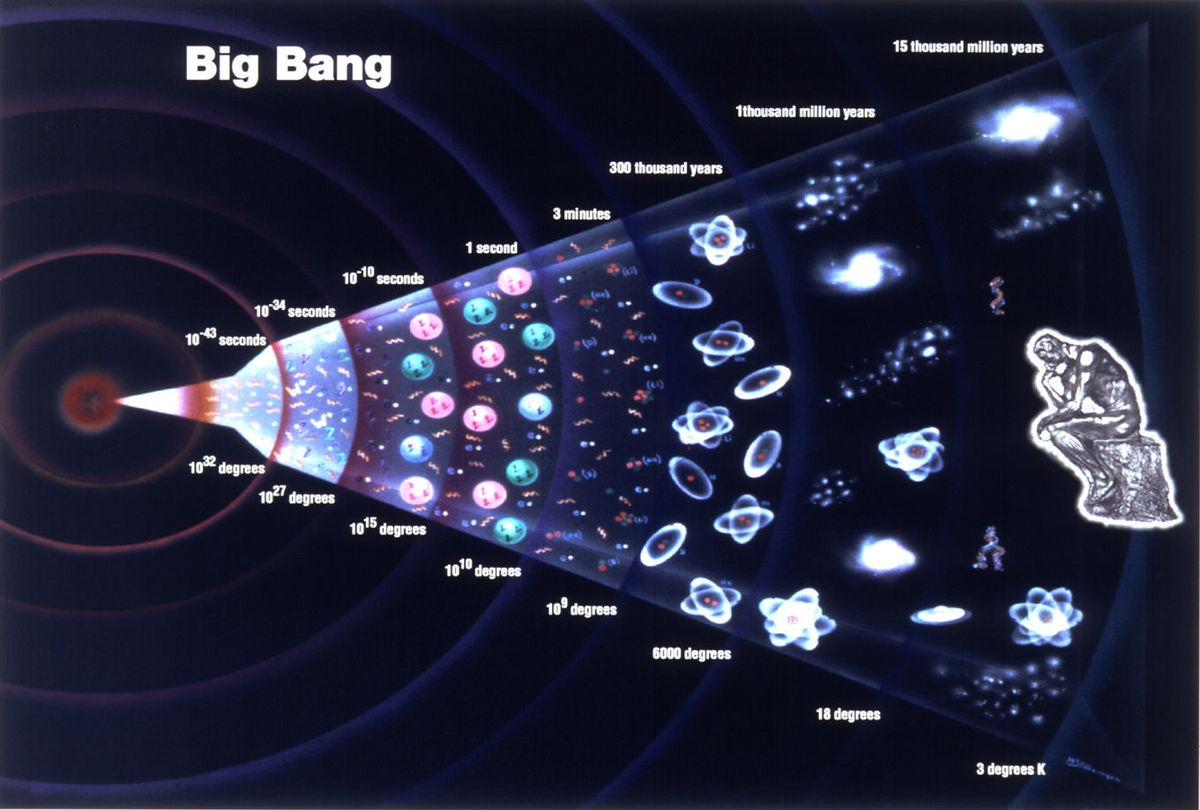 If one observes for a moment the scientific realities of our universe, such as the connection of time within the fabric of space, the fundamental forces of the universe (Electromagnetism, Gravity, and the Nuclear forces), in addition to the quantum entanglement of atomic systems and the structural phenomenon of the Big Bang and the Big Crunch; pondering existence in a speculative manner can be grounded in the scientific truths as we know them thus far. This offers an interesting thought experiment if we expand into the depths of time by perceiving the universe from a dimension above the dimension of space-time. The following is just a theory meant to bring human consciousness to the furthest reaches of its understanding of the universe and itself. This author does not hold any official credentials in theoretical mathematics, physics, etc; so this is written for the fun of intellectual pondering. Readers are welcome to conclude the experiment however they wish.

So to the point of the Theory: Let us suppose for a moment three things 1. The Big Bang, the Birth of the Universe, never happened. 2. The universe, in its expansion, is still ontologically within the single point from which the Big Bang sprang. 3.The Big Crunch, the conclusion of the full life of the universe and its collapse back into a single point, already happened.

What exactly does this mean? Since time is all one single "moment"; all of existence is happening in one simultaneous event. This implies if one were to step outside of time and space into a dimension higher than ours, one would be able to perceive the universe been born, growing, and dying; all within the long drawn single event that entropy perpetuates as a forward mechanism of change created by the phenomenon of time. If we set this aside now, and take the mechanism of change that entropy perpetuates, we must recognize the behavior of atomic structure that evolves and grows as this change takes place.

We know that all atomic systems exist in an entangled state. This implies that all matter is both created and destroyed simultaneously. How might this be? It is due to the entangled nature of the structures that transcend time from the birth to the death of the universe; which is reliant on the cohesion of the subatomic universe that builds matter. Since the subatomic structure is the first aspect of the universe created during the crucible of creation at the Big Bang, and it is theorized to be one of the last things to breakdown and trigger the Big Crunch; the ontological connection of time spanning these two events builds the simultaneous creation and destruction paradigm. Thus we can take this to a concluding idea by stating all matter both does and does not exist.

So you are probably asking yourself, what is the point of this thought experiment in hypothesizing that existence hasn’t sprang from a single point yet, that Time is all existing in one “moment”, and has already ended in a collapse back to a single point? There isn’t one. The entire premise of this thought experiment reflects upon the illusory nature of existence that we face as beings that only perceive our reality from our subjective perspective of space and time in which we exist for mere blimps on a cosmic scale. This experiment was to place the unsettling idea that existence already happened, the universe hasn’t been created yet, and that the perspective of linear time is nothing more than an illusion. Now how does this help or gain anything more than intellectual fun?

Let us take for a second the implications of this ontological system in context to even larger scale phenomenon, such as the multiverse. This implies a strange curiosity as to what could exist in this universe of universes. Could this be where a “creator” entity resides? Is one able to perceive not just our universe within the space, but all varieties of universes that could’ve been, and those that did exist in parallel realities? String theory and M theory would suggest that this is indeed plausible and highly possible; to the point that we can verify utilizing our technologies to investigate the furthest reaches of our own universe. The final question that is left with us is, what is the phenomenon of consciousness?

As we have created in this thought experiment, the human mind is able to wrap itself around the idea of not just before and after the universe, experiencing the idea of all of the universe happening all at once; but also a self defining and generating ontological system that could theoretically operate in a manner similar to what we described as “pantheistic“. Only as so far as the idea that the universe created itself, and thus consciousness is the universe itself, experiencing itself. If consciousness is rooted in this ontological system that connects all that has been described, then perhaps consciousness itself can be defined as a fundamental force of nature similar to those that bind and guide the birth and death of existence. Possibly even connecting one universe with all others within the multiverse. As our technologies grows, these questions may find answers.

I hope you’ve enjoyed this intellectual journey across existence itself. There was no fundamental reason for exploring these ideas other than the fun of investigating the far recesses of the universe and the extent the human mind can wrap itself around complex abstract thoughts. Whether or not these ideas are as accurate as science today has recorded them will be something that only time can tell. For now though, we can sit comfortably in knowing that our subjective existence, at least in appearance, is something real that we must face as living creatures. Perhaps value in this can be gained in knowing that we are just droplets in the grand ocean of the Cosmos; and as such, we are One within that great expanse of space-time.