The Relief Of Telling People About Your Personal Life Online
Odyssey
CurrentlySwoonLifestyleHealth & WellnessStudent LifeContent InspirationEntertainmentPolitics and ActivismSportsAdulting
About usAdvertiseTermsPrivacyDMCAContact us
® 2023 ODYSSEY
Welcome back
Sign in to comment to your favorite stories, participate in your community and interact with your friends
or
LOG IN WITH FACEBOOK
No account? Create one
Start writing a post
Politics and Activism

The Relief Of Telling People About Your Personal Life Online

Maybe people are OK with others knowing parts of their intimate selves without knowing them completely. 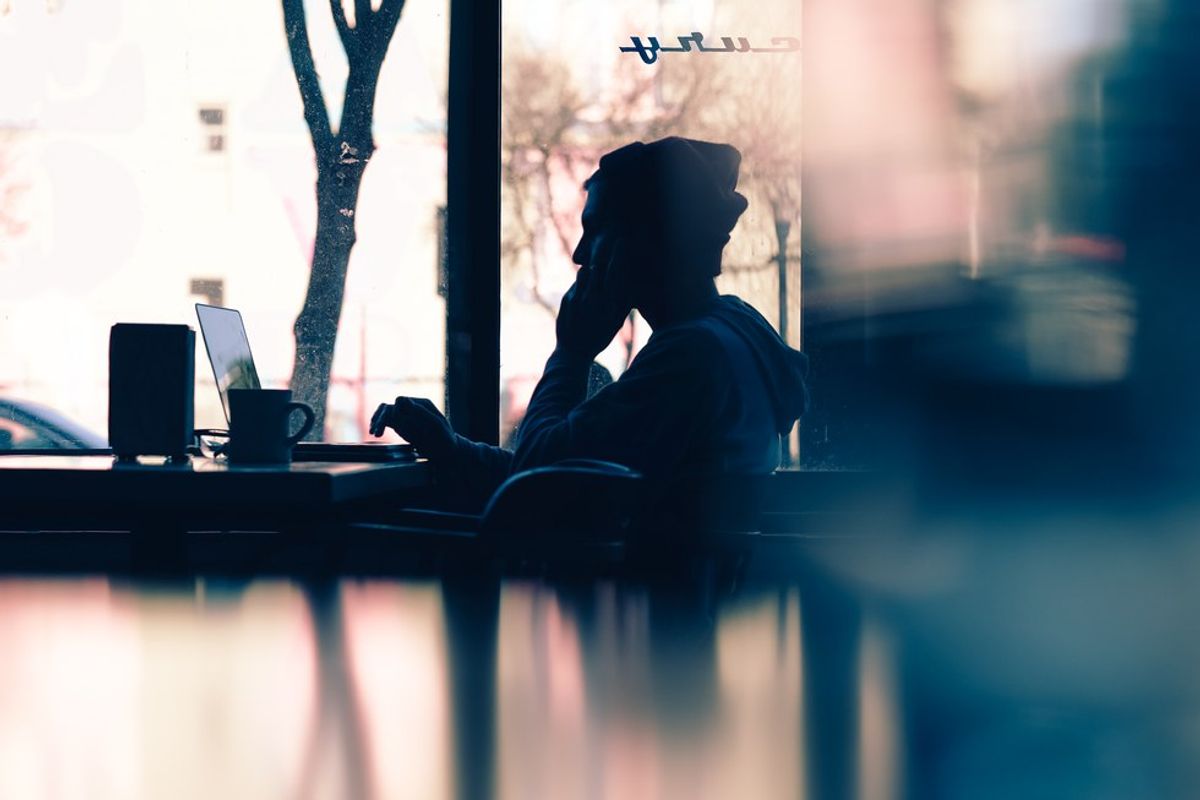 Since its creation, the internet has been a tool of communication. Slowly but surely, people across the world began speaking to each other with ease. Countless individuals in different places have met through online communities and have gone on to form strong bonds. Although the debate about whether physical interaction is better than online talking is still up in the air, it’s safe to say that there is a unique element of connecting with people you may never get to meet in person.

For many, the internet has become a safe haven for their thoughts and inner emotions that sometimes can’t be shared with people in real life. We safeguard our personal feelings on a regular basis but we find liberty in sharing them with strangers online. As an avid Tumblr user, I have seen the people I follow write extensive posts about what they’re going through. They cautiously but fearlessly write about their inner turmoil in order to seek validation and advice.

Now, this may ring true to how others use social media but Tumblr is a different playing ground. While someone can make a meaningful post on Instagram, Twitter, Facebook, Snapchat, it’s not the same as doing it on this specific website. On the latter platforms, users proudly promote their accounts and because of this there’s a greater sense of knowing who is viewing their content. But on Tumblr, it’s different.

People usually don’t promote their usernames to those in real life. If a Tumblr user is asked what their account is, they will most likely pretend not to have one or flat out refuse to give it. I’ve done the latter several times. It’s not because I have things to hide, but I don’t want people I know personally to invade a space that’s been only mine for the last six years. Of course, this is only how part of Tumblr works. There are people who use the site as a professional stage that does need promoting.

On Tumblr, people find each other organically. There are various communities that users can take part in seamlessly. I’ve made it a point to follow runners from across the country and around the world. Following these inspiring athletes showed me that we all eventually follow each other, hence create the said community. But a user can also be part of other groups without discrimination or limits.

The amount of sharing personal details varies from user to user, but the majority of those who do agree that they trust in the anonymity of Tumblr enough to feel safe. A particular account I follow wrote this recently, “I’m posting this to make it real, and to hold myself accountable, and to have other, outside eyes read it and tell me, ‘no…this is valid, this is real.’” It was a personal, relatable post, which received positive feedback and support from the Tumblr community.

People can say validation shouldn’t be needed but when it is, the internet is an immediate and powerful tool to turn to. Sharing important parts of our lives with strangers online can be therapeutic because of the relevance others find in theirs. It may also be perhaps because we’ll never have to deal with their reactions in-person. But maybe people are OK with others knowing parts of their intimate selves without knowing them completely.