No One Should Have To Stand For The National Anthem, Because It’s Boring
Odyssey

No One Should Have To Stand For The National Anthem, Because It’s Boring 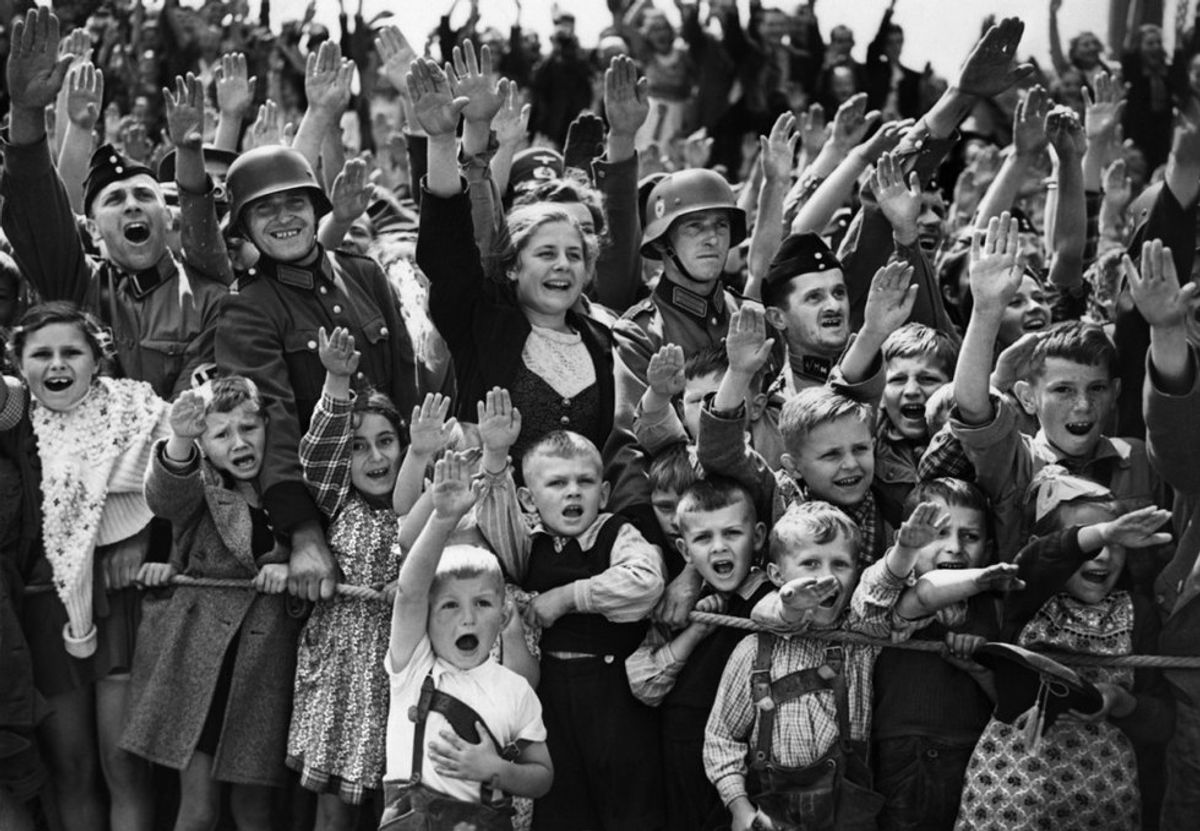 It’s not a good song. It’s slow, its melody an innocuous drag in E flat major.

The lyrics are strange and violent and it was written by a racist old guy who talks funny.

The song should have been retired after Jimi Hendrix played it at Woodstock. Even Flea’s strange, jarring wah-bass version at that basketball game didn’t bring any life into the song.

Now it exists so that Shakira or whoever can add a bunch of bullshit show-offy trills. “And the rocke-ah-ih-eh-iah-ayayayih-ets red glare-eh-yeah-yeah-yeah-yeahahah.” It’s a waste of time. Dozens of songs better reflect the current state of America and its true ideals and intentions. Here are some of my suggestions

“The National Anthem” by Radiohead: “Everyone has got the fear”

“American Idiot” by Green Day: “Everybody do the propaganda / and sing along to the age of paranoia”

“Gold Digger” by Kanye West: “You stay right girl, and when he get on, he leave yo ass for a white girl”

“Smells Like Teen Spirit” by Nirvana:“I feel stupid and contagious / Here we are now, entertain us.”

Standing up is boring and people shouldn’t have to do it. Beyond the absurdity of the argument that we should have to do stuff because we have the freedom to not do stuff, can we acknowledge that no one in our military has actually fought or died for our freedom since World War II. Sure, you can join the military today and fight and die for the military industrial complex. For the long-term interests of Isreal. For oil magnates. For America, the land of drone strikes and high fructose corn syrup. But you sure as hell will not and cannot fight or die for me or my freedom. Whatever you do, it will have nothing to do with me. If you don’t want to die, don’t go to war.

This strange, brainwashed, kneejerk, red-faced, bulged-eyes sentiment that “Freedom isn’t free!” and the idea that there are people fighting and dying for our freedom just has no basis in reality. Our freedom is not threatened by foreigners, and American bombings and invasions only inspire more violence against Americans. The government spends trillions of our dollars on arms contracts and invasions that they profit off of, leaving thousands of foreign civilians and American soldiers dead, wounded, or traumatized. Your mantra is lie. Our soldiers are not “defending our freedom,” they are mercenaries for the elite and shallow peace of mind for the misinformed and easily scared, and their gruesome deaths in hostile lands do not help anything.

I’m not being ungrateful, it’s just that America’s wars of the last fifty years had nothing to do with our freedom. If we didn’t fight them at all, we would be just as free, probably even more free. True disrespect to those serving in our military is sending them places to die where they have no business being in the first place. True disrespect is underfunded healthcare for veterans, the cultural norm of homeless veterans, the twenty-two veterans who kill themselves every day. Where is the anger for them? Where is the outrage? Is it actually worse to sit down while Sheryl Crow sings a song? And if people did die for my freedom, then how dare you demand I stand up in unison to sing a boring violent song written by a racist dunce?

The great sacrifice and morality of those who fought in World War II has been slowly eroded by a corrupt military-industrial complex and a paranoid, gullible public. Korea, Vietnam, Iraq, Afghanistan. The Gulf Of Tonkin incident to escalate the Vietnam War was staged. WMD’s and any implied connection between Al Qaeda and the country of Iraq was a lie. A frightened, confused public was egged on by fear mongering careerists like Joseph McCarthy and George W. Bush. These were nasty, nihilistic money-wars and deserved no blind patriotism whatsoever.

But we’re supposed to stand up and sing a song for this great country and all her terrible deeds. Why? Is this North Korea? Does this not strike anyone else as a fascist, dystopian type of patriotism? I still remember how uncomfortable I felt on the first day of the first grade watching every kid stand up like a robot and repeat a bunch of big nonsense words in unison to the flag in the corner. None of us knew what a republic was, what a pledge was, what an allegiance was. Is that the country we want to be? A bunch of horrified people all doing their best to act like everyone else, for no good reason? Never questioning anything our government does? Is that freedom?

You don’t like the way they’re protesting? Well if it didn’t piss anyone off, it wouldn’t be much of a protest. On the other hand, protestors probably don’t like the way the police are murdering people with impunity and that you care way more about everyone having a god damn sing along like God intended. But we must stand together, you say. This country is great, and that’s why we need to make it great again. But also this country is worse than it’s ever been before, and it’s teetering on the brink of collapse, you say. Is it, though? Statistically? No. But you can just feel it in the air. It’s in those misquoted pixilated stills from Fox News coverage of Obama speeches on redstatewatch or conservativedailywhatever dot com.It’s on the tongue of every uneducated genius interviewed at a Trump rally. A wealthy group of old white men are exploiting your fears for money, like always. Grow up.