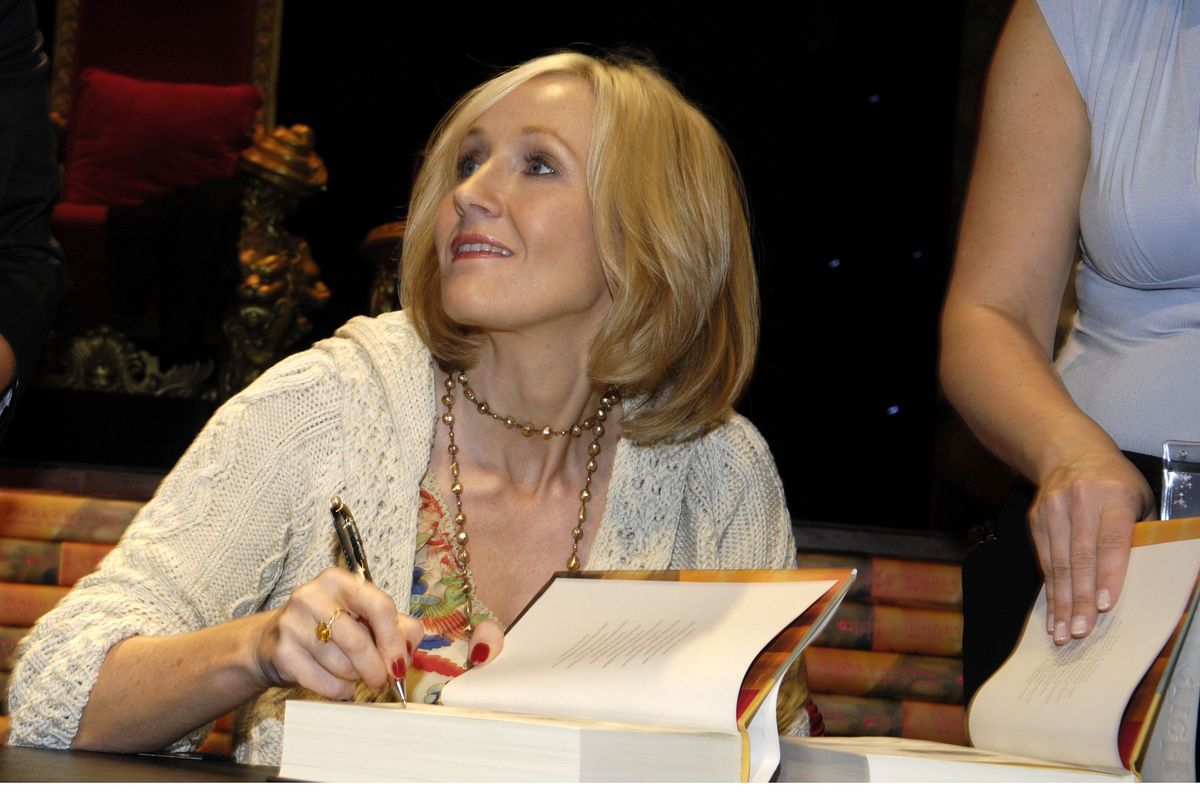 The thing with books, movies, videos, where we are transported into a new world, is that it's what we crave. 'Harry Potter' has a massive following all over the world and that's one of the things that makes this series everything. Someone in Australia, someone in China, someone in Mexico, all have this want to be in this fantastic world, and it's kind of beautiful right? 'Harry Potter' connects us, without exaggerating, we are one big family of Potterheads.

Here's 11 reasons why Harry Potter is the best series every created.

This entire series revolves around Harry and his best friends Ron and Hermione. Their loyalty to each other through thick and thin is inspiring. If you have a friend similar to Hermione or Ron, don’t ever let them go. Those are the types of people you want in your life. They go through so much, and yet, they stay together.

A theme that comes up in the series is classism. Ron, obviously not from a “well-off” family is picked on by Malfoy, a “well-off” wizard with a not-so-nice demeanor. This might seem like “normal” bullying, but it’s not. Aside from the economic difference, there is major talk about “pure” and not pure blood. Voldemort believed that magic should only be practiced by pure-bloods, and in a genocide-style rage tried to eliminate non-pure-bloods. It parallels real-life racism, white supremacists and how deep their convictions are about the subject. Real interesting for a “kids'” book series, right?

The idea of magic being real is so farfetched, and yet when you read this series it becomes real, the world of magic is real even though it's on a page. If you tried to explain it to someone who hadn’t read the series, it would sound weird right? “So you need a wand, which picks you basically, and you say the spell and voila.” Weird right? But if you’ve read the series you would be all for it,
and understand the concept of a wand choosing a wizard, and not the other way around.

The amount of love and how it is shown in this series is a lot. The first showing of love we see is with Harry’s mother. She throws herself in front of him to protect him, and is murdered. It was lack of love that made Voldemort who he was. I think it’s safe to assume love is the overall theme of the book. We are shown how twisted, how evil people can be if there is lack of love. This ties back to friendship, but the amount of love there must be between Harry, Ron and Hermione is tremendous. You don’t go through what they go through unless you love each other.

I would do ANYTHING to go to Hogwarts. As would many of you, right? It’s a school for MAGIC. A very old building, with anything and everything. The place has a room of requirement, a ROOM that will appear if you need it, and disappear when you don’t. The great hall, where they eat, is BEAUTIFUL. The ceiling? The magical ceiling with floating candles, how does someone come up with that? They have classes called “transfiguration” and “defense against the dark arts.” I will take those over statistics and English ANY DAY.

Rowling helped bring to life creatures like Dobby, a house elf whom is Harry's sort of guardian angel until his unfortunate death (we do not talk about this lightly), may he rest in Peace. We also have the Hippogriff which is most seen in book three, and iconically in the end of movie three as well. There are literally hundreds of creatures that Rowling created that are out of this world, the Merpeople, Basilisks, trolls, its endless and its fantastic. "Fantastic Beasts and Where to Find Them", the movie based on the 2001 book by Rowling comes out November 18th, 2016. I could not be more excited.

This series unfortunately is no stranger to death. Let us have a moment of silence for those who lost their life in the series. I think personally the deaths that had the most impact on me were those of Albus, Dobby, Fred and Lupin and Nymphadora. Albus was the father figure Harry needed, of sorts. Dobby, one of his guardians, sacrificed himself protecting Harry, Ron, and Hermione. Fred leaves behind a heart-broken twin. And Lupin and Nymphadora leave behind a son, a sort of history repeating itself bearing similarity to Harry and his orphan status. Although these deaths, and any deaths that might have caused you to cry, or even feel angry at Rowling for killing them, they helped us grow and learn.

We are presented with an array of people to pick from as a role model. Harry, a young man who grows up dealing with tragedy after tragedy and doesn't shows us his humanity with his breakdowns every now and then, but he perseveres. We have strong women, Hermione and Ginny. Hermione is one of the smartest witches and shows it time after time in the series. Molly Weasly, the mother figure Harry had is tested in this series several times, including the death of her son Fred, and she shows us the ultimate thing a mother can do to protect her child, in this case Molly killing Bellatrix to protect her daughter Ginny. We are not limited to them whatsoever, but it's up to you to read the series and see who you see as your role model.

No story can be complete without a challenge, and that challenge usually finds itself in a form of a villain and his Death Eaters. Tom Marvolo Riddle, otherwise known by his alias, Lord Voldemort is the villain of this story. His attempts to live forever, change his mortality to immortal is his goal. A prophecy is what causes him to go after Harry and he breaks Harry time after time, until the very end. The sick and twisted things he does to stay alive are what ultimately kills him. Harry, being the last horcrux, is killed by Voldemort himself, and then after becoming human and a rebound curse, he at last fell dead. It's interesting to think about because you feel, bad for him. You feel bad for Voldemort because he never experiences love, and dies never knowing that love could have saved him.

Aside from Harry being revealed as a horcrux, I think the biggest twist is Severus Snape. Severus did everything he did, including making an unbreakable vow to Malfoy's mother to protect him, including murdering Albus, all because he loved Lilly Potter. I can only imagine the amount of hate Harry felt of himself after finding out the truth about Severus, that he wasn't just a jerk professor.That he went through everything he went through because he was in love with his mother. Rowling is a genius.

Rowling literally created a new sport, along with rules and regulations and its THE MOST AMAZING SPORT EVER. It's like a combination of flying soccer, rugby, and baseball. You are flying and tackling people on brooms. This inspired people to do it in real life. Although it's not the same as flying the fact that people loved the idea that Rowling created enough to compete nationally is incredible and just goes to show how Potterheads care about the series.

Keep doing you, Potterheads, recruit and get someone who hasn’t read the books to read them. There is so much that wasn’t in the movies that makes reading the books worth it. It's a wonderful world of everything and anything you could want, and it's all thanks to J.K. Rowling, Thank you Rowling for giving me us this world that sometimes we can escape to when our world seems a little dark.