We say her name so we will not forget. 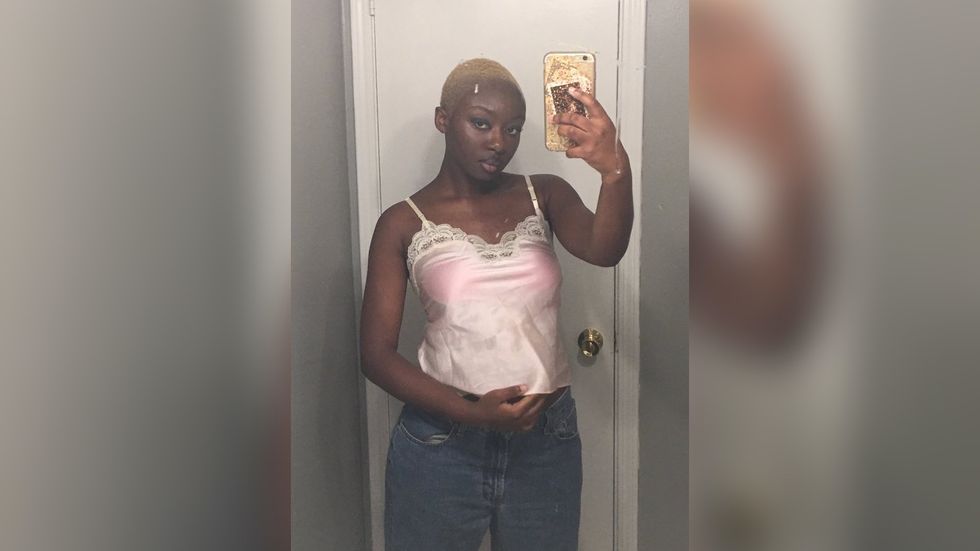 Oluwatoyin Salau is not just a name to be lost on your timeline. It's not another name to scroll past, not another petition to ignore, not another case to be forgotten within two days. Her life mattered.

Salau, just 19 years old, was a powerful voice in the Black Lives Matter movement. The Florida native was found dead one week after she went missing. On the day she was last seen, she had made a series of posts on Twitter that described a man who had offered her a ride and sexually assaulted her. A week later, her body was found in Tallahassee, along with a 75-year-old woman named Victoria "Vicki" Sims. Police arrested suspect Aaron Glee, 49.

According to those close with her, Salau had experienced abuse in the past, which was a reason that she was seeking shelter in the church where she said she was molested in the first place. Friends Danaya Hemphill and Ashley Laurent said that Salau had been assaulted a few days before she was last seen. When she reported it to the police, an officer told all three of them that they would need more evidence to begin an investigation, says Laurent.

"I personally feel like they could have investigated and gotten DNA," Laurent told the Tallahassee Democrat. "That's where they failed her. She could still be alive."

Salau was passionate in her activism, attending numerous demonstrations where she delivered speeches as well as read names of Black people killed, including that of George Floyd and Tony McDade. At a protest for McDade, a transgender man who was killed by police in Tallahassee, Salau said, "Right now, our lives matter, Black lives matter... We are doing this for our brothers and our sisters who got shot but we are doing this for every Black person... I am profiled whether I like it or not."

Tragically, she became another example of how important it is to fight for justice for African Americans. But more so, she was a light in the darkness — an inspirational and strong woman.

Oluwatoyin Salau's death is not something to forget. We must mourn, but we must also fight for change. We must acknowledge the hard reality behind the murder of Salau — what needed to be done that was not.

I’m sorry I wasn’t as familiar with Oluwatoyin Salau as I’ve should have been. My heart hurts for her and those tha… https://t.co/ZzggH1PWyJ
— Jemele Hill (@Jemele Hill)1592261965.0

As a white person, I recognize my privilege. I recognize that I will never understand the hardships and adversities that POC, especially Black women, face. I recognize that I may overstep, I may say the wrong thing, but I must listen to and amplify Black voices. Oluwatoyin Salau was one of those amazing voices.

Black women have been extremely marginalized in the United States from the very beginning. This is nothing new. According to the CDC, Black women experience the highest rates of homicide out of any other demographic. In 2017, Black women earned 61 cents for every dollar earned by white men. Names of Black women like Breonna Taylor, Riah Milton, Dominique Fella, and Salau herself tend to get lost amidst the #BlackLivesMatter protests. Justice for Black women has not nearly been served.

"Toyin, she was like a light in a dark room," Hemphill told the Tallahassee Democrat. "That was Toyin."

Friends of Salau ask that you do not donate to her family's GoFundMe, as it goes directly to the family Salau said abuse her.