Now Where My Ladies At?: How South Asian Culture Has Dampered Women's Ambitions
Odyssey

Now Where My Ladies At?: How South Asian Culture Has Dampered Women's Ambitions 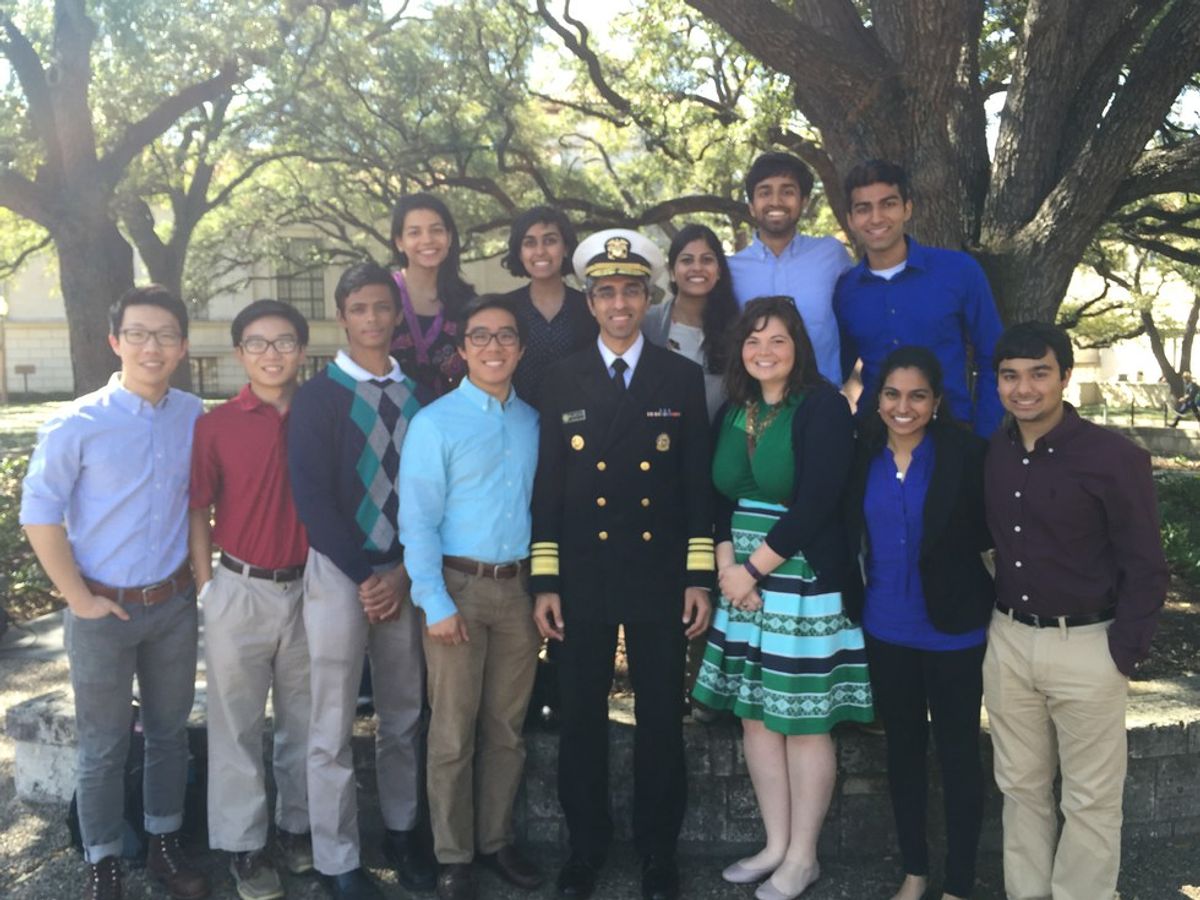 The University of Texas at Austin

As my friend and I walked back to campus from our summer internship at the Houston Health Department, we were discussing one of our mutual friends who is spending the summer at Buzzfeed in New York City. We talked about how happy we were for him on finally getting his dream internship, and how jealous we were of all the experiences and connections he was making. Like, it’s hard to say your summer tops a selfie with Stephen Colbert…

Naturally, we drifted toward deciding what our dream internship (as pre-meds) would be. Boston for shadowing a physician with interests in medicine, journalism and research. Atlanta for broadcast journalism and medical practice. Washington D.C. for public health and policy implementation.

All three figures serve as some of the most prominent South Asians in America. Of course, there are rising stars such as Kal Penn and Aziz Ansari, but ask a desi uncle or auntie about these three and you’ll get more information than you asked for.

Granted, this is a relatively short list of influential South Asians in society. But one thing my friend and I noticed was the lack of females among this list, especially within medicine. Sure we don’t mean to cut out Mindy Kaling, Jhumpa Lahiri or Mira Nair from the bunch but “brown face” representation tends to lack women representation.

When writing this article, I decided to Google a list of influential South Asian-Americans. I started scrolling through the Wikipedia list of Indian Americans, and came to the same conclusion as before: very few females.

Perhaps this is a manifestation of traditional South Asian culture, in which a male projects a more dominant and commandeering personality while a woman is expected to be more demure and conserved. Thus, men have come into mainstream media and high profile positions more often than women. But in today’s society, you would think that these antiquated ideas have long faded, right? Maybe not as much as we think.

A few days after my conversation with my friend, I was discussing medicine and my future plan with my roommate, who is also a pre-med student. We talked about the dreaded years to come with applications senior year, medical school, residency and potential specialties. The schooling seemed endless and the earnings miniscule.

“Sometimes I wonder if it’s really worth it,” my roommate said. “I mean, I know I want to be a doctor but it’s going to be lots of work. And I also want a husband and family, and it feels like I’ll spend more of my life working to become a doctor than actually practicing.”

I compared this dialogue to a similar conversation I had this past school year with another pre-med friend, who is male. He had his entire life charted out, and was determined to hit every benchmark he set: three years of college, one year graduate school for MBA, medical school, residency (where he would find his future wife), specialty in neurosurgery, open up a private practice, eventually join academia.

Same end goal, but two different ways to approach it. My male friend showed ambition and determination in his path to become a doctor, while my female friend showed hesitation. And of course, these are two very specific examples, but I can guarantee there are others who feel similarly.

Perhaps it’s the way South Asian girls are raised compared to boys, and the media only exacerbates the difference. This doesn’t mean girls have to leave behind their upbringing and traditions to be successful in the world-- all it takes is some balance. It’s possible to be a headstrong and independent woman while maintaining a house and family. Those people may not be in the media all the time, but they exist. And I know because one of them raised me.

So to all the women/future moms, work and family shouldn’t involve sacrificing one for the other. Rather, it’s about balancing to get the maximum outcome of both.

Oh, and be sure to remember the names Monika Jain and Manasi Joshi. Soon, Michael Jordan isn’t going to be the only MJ ballin’ at life. #lookoutGawande/Gupta/Murty