And the conversation that's coming from it. 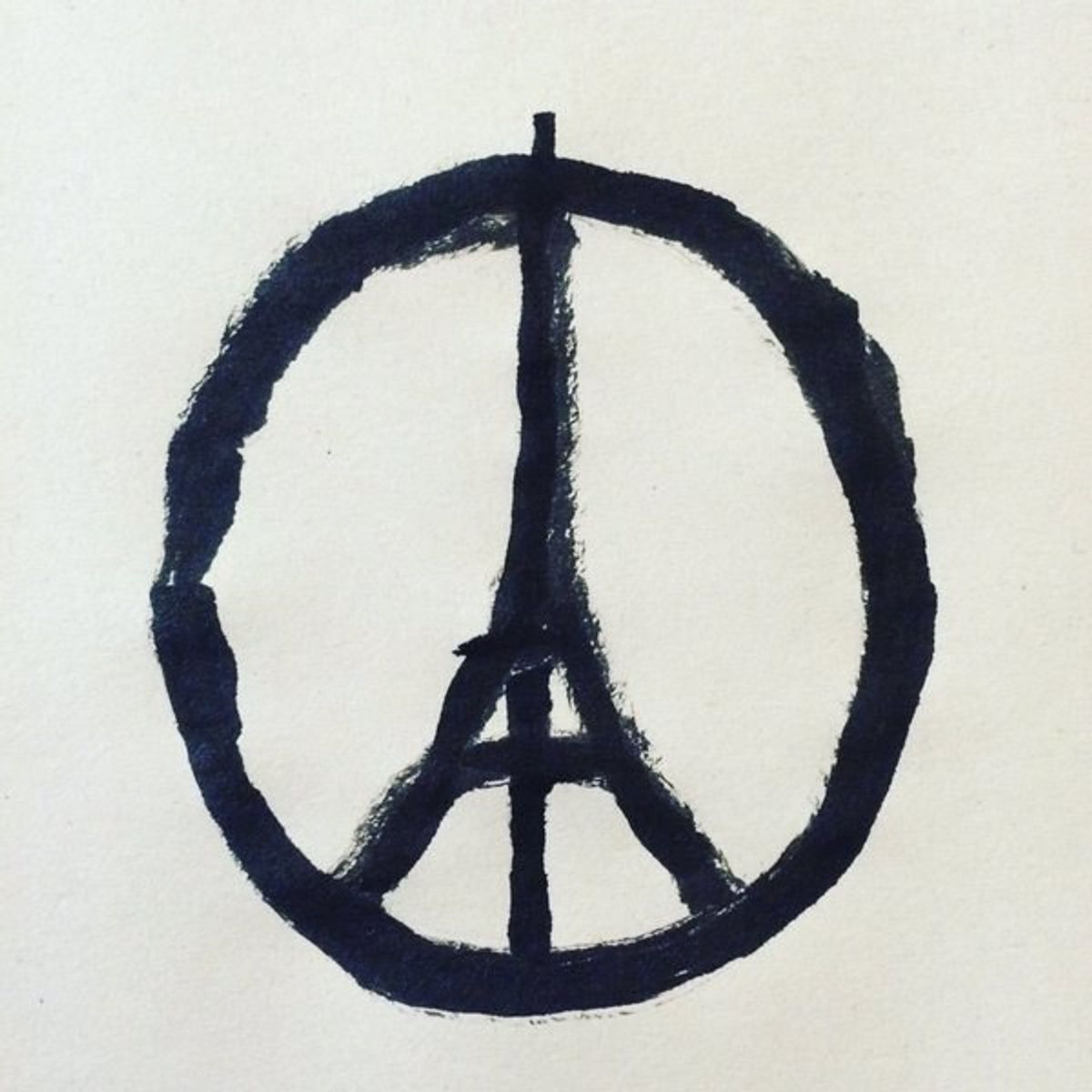 A quote from JFK's speech on terrorism given in front of the UN on September 25th, 1961 reads:

"Terror is not a new weapon. Throughout history it has been used by those who could not prevail, either by persuasion or example. But inevitably they fail, either because men are not afraid to die for a life worth living, or because the terrorists themselves came to realize that free men cannot be frightened by threats, and that aggression would meet its own response."

I had a moderately funny article for this week that probably involved one too many Seinfeld gifs. I really liked the topic, but I couldn't send it. I knew my article wouldn't have anything to add to a conversation that needs to be talked about. Even if people did read my article, it didn't feel right knowing I was the one taking their focus away from an important issue.

All of the following stories were either reported on November 13, 2015 or began massive media circulation around the same time.

On the evening of November 13, 2015 the city of Paris fell victim to multiple related terrorist attacks around the city. As of 9 p.m. Eastern Standard time, 3 a.m. Central European time, 120 people are dead, some news outlets are reporting over 150, however, everyone is in agreement that the number is expected to change as more details become available.

A hundred of those victims were killed after being held hostage in the Bataclan Theater, where multiple assailants entered with AK-47s and began firing at random, only to shoot again at point blank range at people who were already laying on the ground, motionless. Authorities have entered the theater killing two of the assailants.

There was another attack nearby at a couple of restaurants around the city, one where witnesses have reported seeing about 10 bodies on the street, either dead or seriously injured.

Three explosions have been reported at the Stade de France, believed to be suicide bombings, leaving at least five people dead.

France's president François Hollande has declared a state of emergency he hopes to keep in place for three months. While in effect, a state of emergency closes all French borders, restricts people and vehicles from being in certain areas or being out during certain times and authorities have the right to search any building with substantial evidence day or night, instead of just during the day. Right now, all of Paris is being heavily encouraged to stay inside and people who aren't near their homes are being welcomed into strangers' homes.

This is has been declared the worst attack since World War II and follows the January 7 attack at satirical Parisian newspaper Charlie Hebdo, leaving 11 dead after being shot for "making fun of the Prophet Muhammad."

A day of mourning has been declared for the country of Lebanon after two suicide bombings minutes apart from each other left 43 people dead and over 200 injured in a popular and predominately Shiite area of the country's capital city, Beirut.

Shiites were attacked in Baghdad during a funeral for a member of the volunteer paramilitary force. 19 were killed and 22 injured. Also, in Baghdad, a roadside bomb at a Shiite shrine in Sadr City has left 15 people dead.

In Japan, a 7.0 magnitude earthquake off Japan's southwest coast formed a small tsunami and sent the Kagoshima and Satsunan islands into a tsunami warning that was later lifted.

In Germany, a woman was arrested after police found eight dead babies hidden in her apartment. However, this is not the first report this year of infanticide in Germany leading to questions being sparked about whether or not the country needs to update its support for women and babies and improve on its "baby hatch" plan in some parts of the country, where women can drop off babies in total anonymity, a plan created to slow down infanticide cases seen in the last decade.

The average number of injuries during Syrian attacks continues to grow at 25,000 a month even though 60 percent of their hospitals have been closed due to increasing warfare in the state.

We cannot focus on the negative as readers, observers and supporters of these tragedies. Heartbreak will continue to press you down and feel like an inescapable hole where nothing you do or say can make a difference. But please believe me when I say it does.

-This photo is from the January attack of Charlie Hebdo not from the night of November 13th. President Hollande has encouraged everyone to stay inside for their safety. Despite its origin, the photo has quickly spread across social media, showing Parisian strength and spreading support from all over the globe.

-#StrandedintheUS is trending to shelter people who cannot get home to France or anywhere in Europe due to their flights being canceled.

-In Beirut, an eyewitness of the two bombings and friend of the man who tackled the would-be third suicide bomber, thus saving hundreds of lives, echoes the tone of the entire country: "They have run out of options. They targeted this area because we are Shias. But let me be clear – we won't be fazed."

No matter what anyone says, we have the power as either millennials or human beings to make a choice when deciding what conversations we want to have, when we need to have them and where. We live in an age where the news is instantaneous and your 300 followers trust you more than BBC or CNN, so don't spread nonsense where nonsense is not needed. Spread information, respectful, thought out, and well researched opinions; share something that genuinely adds to a conversation. We have this medium we so often used for fluff, but we forget the instantaneous power we have. We're leading the conversation now...sometimes in 140 characters or less.

In Paris seven of the suspects have been identified as different EU nationalists, citizens of France, Belgium and Syria. Six are dead and one is still on the run from French officials.

One of my favorite creators, Philip DeFranco, refuses to show the images or say the names of anyone involved in perpetrating a shooting, murder, attack, etc. because it gives the attacker what they want: press and the spreading of their message. Instead, he focuses on the victims and the development that comes with overcoming a disaster, so I will continue that trend.

Many of you reading this are probably young and thousands of miles away from any of this violence. Like me, it's hard to grasp what living through or suffering from an attack of this caliber is like. Of course that makes it easier to type something out with a prayer, a hashtag or a picture, and then carry on with your day.

Yes I realize that sounded a bit harsh and insensitive. Trust me when I say that it was not meant to be but it brings up a good point about the growing trend of social media in the wake of disasters. Facebook offered a one-click option for you to drape your profile picture in the colors of the French flag, and even launched an option that allowed people to mark their if they were in the Paris area.

Please do not mourn because it is convenient.

Please do not mourn because it is convenient.