Not Your Typical Odyssey Article

Not Your Typical Odyssey Article

“If you listen to people and if you allow people to project their fears onto you… you won’t live.” 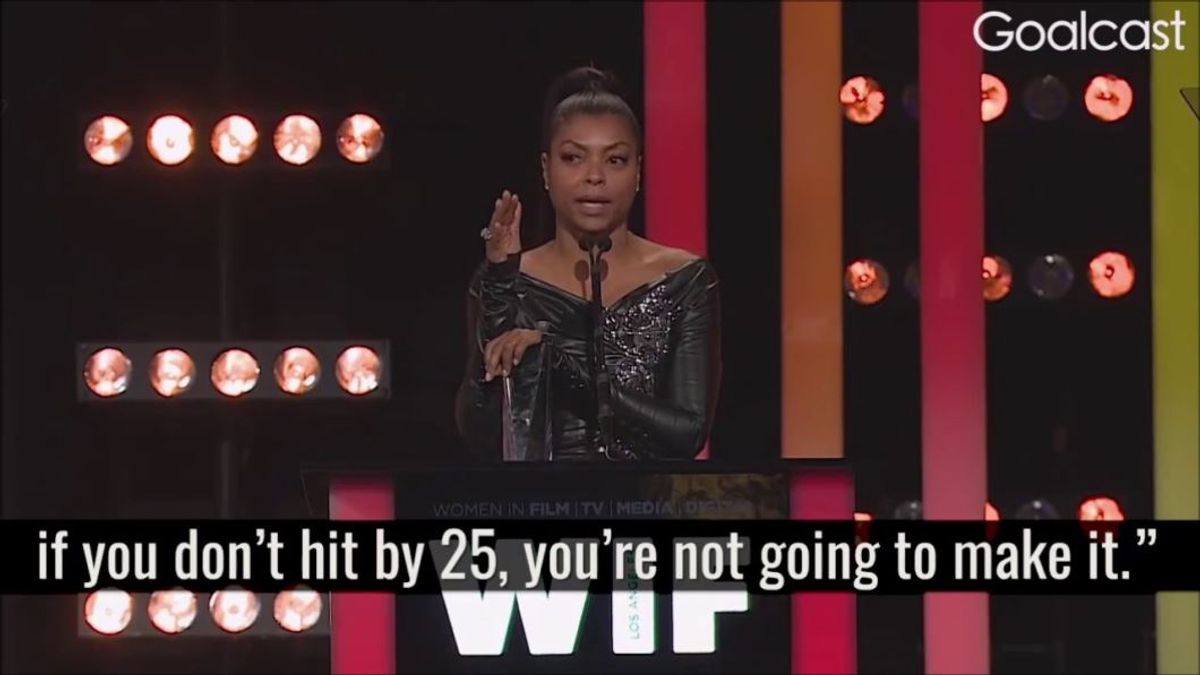 No, this is not your typical Odyssey article.

It’s not too often that I get utterly inspired by a trending video, but I have to give it up to one of my favorite actresses, Taraji P. Henson for doing just that. When Taraji accepted her Crystal Award for Excellence in Television in 2016, she followed it with an inspirational speech on how your own success starts with you.

I have personally always been self-driven and have been blessed with a strong foundation of support from my family and friends, but even with all of the support in the world, everyone experiences a shadow of doubt that is either self-inflicted or projected onto them by others.

What struck me the most of Taraji’s speech was when she said, “If you listen to people and if you allow people to project their fears onto you… you won’t live.” And boy is that true.

The reason I chose to write a response to this inspirational speech is because Taraji tells it like it is. I admire people who are straight forward. Taraji explains how people doubted her coming to California when she was 26, with a child and only $700 in her pocket. I loved her realistic giggle when she explained how different her life would have been if she let others self-doubt inflict onto her dreams.

Growing up, I played soccer. Anyone who has played a sport knows where I’m going with this. If there is any time for people to doubt you and try to make you feel inferior, it is definitely when playing sports. I was the goalie on all of my teams and one memory I never forgot was when my academy team was playing against another that was known for their offense. I remember looking at my teammates puzzled when they spoke of not being able to beat the team because of this reason. I was not able to understand why they were letting another team’s reputation determine how they played the game.

...and then I realized. These girls allowed others to inflict doubt upon them with bothersome words like “how great” or “how much better” the other team was. Anyone who has played in goal knows how easily the game can go from 10 v. 10 to 10 v. 1, if your players walk onto the field already feeling inferior to the opposing players.

Luckily for me, I was raised in a house that had the exact idea as Taraji does for success. I had to explain to my fellow teammates that our success in that game was not determined by how we viewed the other players, but how we viewed ourselves and our talent.

You know what happens when you believe in yourself more than you allow others to doubt you? You win. And we did just that.

My reason behind sharing this story is because I have witnessed talented and motivated people shut down because of constant negativity they absorbed from other people. Any doubt someone else has in you, comes from the doubt they have within themselves. They do not want to see you succeed at something that they themselves feel they will never be able to achieve. So, unless you are one who has no problem telling someone to f*** off, remember to let the negativity float away while letting the positivity stick.

And as Taraji said, “You can’t give another human the responsibility of your happiness.”