One day, tweets will win the Nobel Prize. 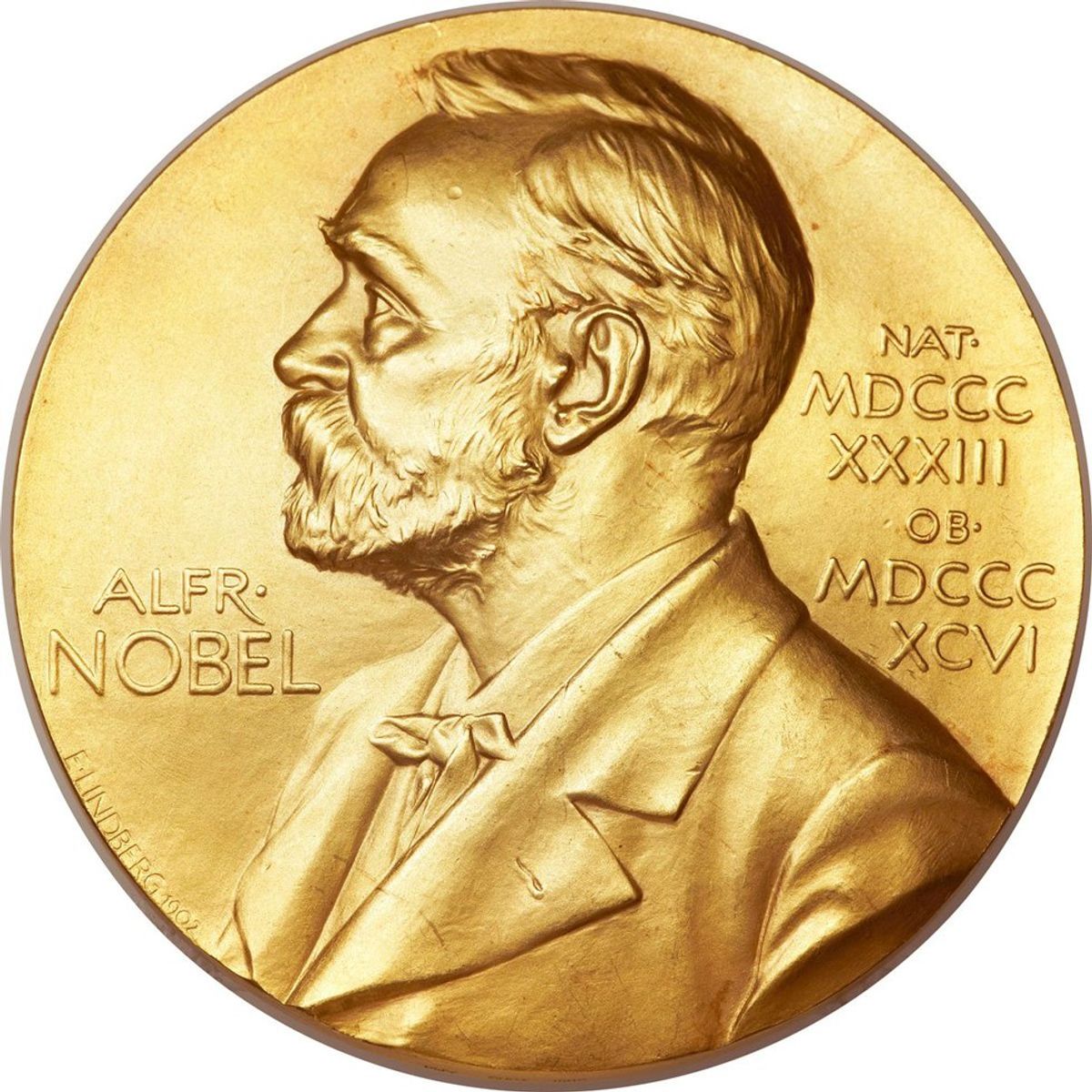 The term, “Quality literature” is, of course, up to debate. Why is a book by Steinbeck considered great, but not Harry Potter? Harry Potter is considered entertaining, thought-provoking, but great?

Jane Austen’s social realism in Pride and Prejudice is considered more serious than George Orwell’s 1984, because the latter is “just” science fiction.

At some level, maybe we seek and desire hierarchy, and that’s why this year’s Nobel Prize seems so controversial.

I don’t necessarily mean hierarchy is good socially, because socially, we as a society abhor the notion that one person is entitled to more rights than another simply because of station, but I mean hierarchy in terms of social judgments. Everyone dismisses MTV, today, as a lesser form of entertainment than The Office, and perhaps rightfully so. Even in the news, Fox vs MSNBC, though both are biased, people see Fox as more a propagandist organization than CNN or MSNBC. And the New York Times, for all its bias, is more reputed than Salon or Huffington Post.

On the other hand, challenging hierarchy seems one of the most interesting parts about literature. For example, Art Spiegelman’s graphic novel, Maus, (about the Holocaust), shocked people because of his depiction of the Germans and the Jews as cartoon characters. The Germans were portrayed as cats, the Jews as mice (yikes!). It took a while for this genre, this medium of telling a story, before it became accepted, but now, no one contests the graphic novel as a serious medium and art form. But it took a while, because it challenged the hierarchy, the implicit hierarchy of novels being superior to illustrated art.

I think challenging implicit hierarchies is important in art because it raises a question about why are some art forms seen as more legitimate than others. In high school, I did speech and debate, and there was no doubt in my mind that the perception was that debate was superior to the interpretation events, where you tell a story or recite a speech. I did the “inferior” event (the latter), and I was always resentful of the implicit bias that debate is about the real world. All I’m doing is telling stories. In the music world, a cover band is seen as less than a band/musician who writes his/her own music. That’s why Taylor Swift is more respected than Justin Bieber, because Taylor Swift uses her own experiences to write music, whereas Justin Bieber has definitely re-written old songs, and for sure (this is just a strong hunch), has someone ghost-write for him – he is more an entertainer-singer than a singer-composer. But adapting someone else’s music can be worthy of respect too (but don’t construe this as a defense of Justin Bieber). How many times has Romeo and Juliet been adapted?

So questioning hierarchy is important because it helps legitimize previously “inferior” genres. At the same time, when Sweden is handing out the world’s award for best literary contribution, I think a lot is at stake. Because, after all, this is supposed to be about what literature ranks as the best in the whole world, and I can’t help feeling a little let down at this year’s choice. Not because I hate Bob Dylan, but because I wanted their choice to be more, shall I say it, literary.

Nicole Marie Nigro
Individual Creator
7623
c1.staticflickr.com
Where to start...... Let me start with the cliche that life throws us curveballs and what we do with it is what counts.