Coming To Terms With My Nonbinary Identity And What That Means

Welcome to my nonbinary world, come on in. 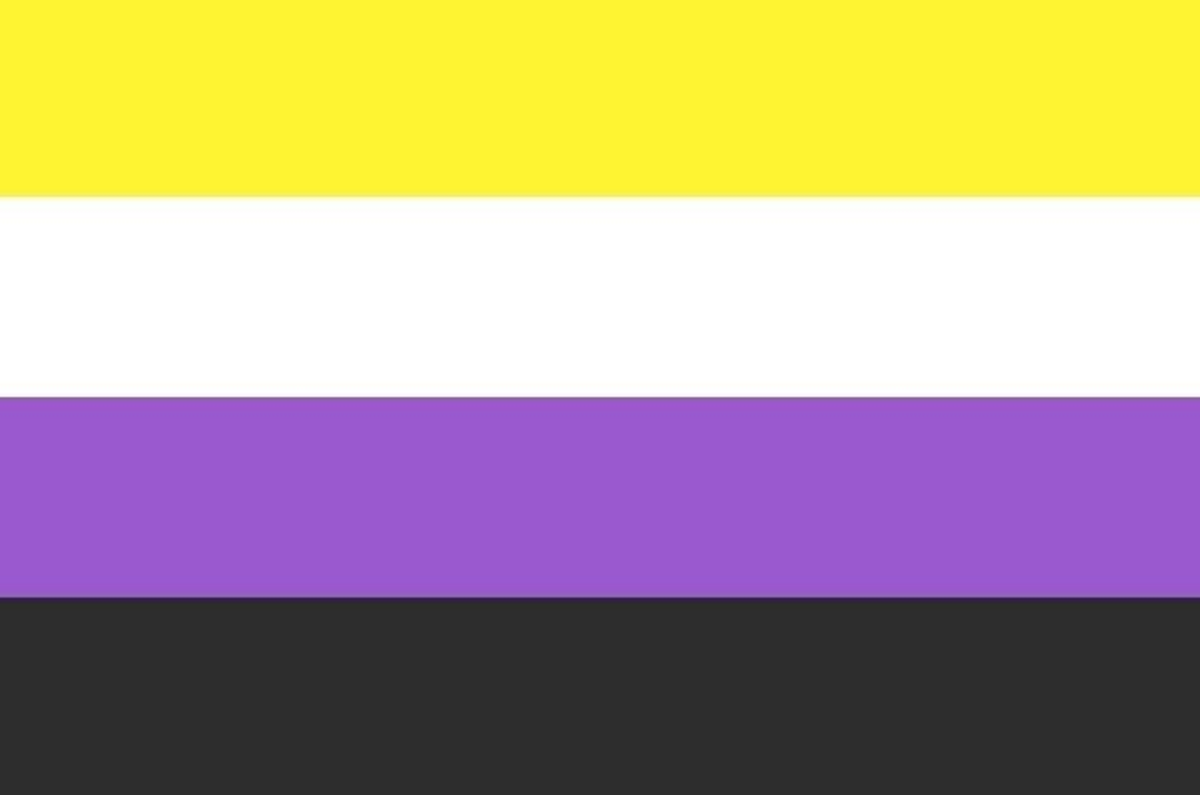 Queer Studies was the hardest class I've ever had to take. I declared queer studies as a minor after taking Introduction to Sexuality and Gender because I fell in love with the broad, confusing, yet amazing concepts. As someone who identifies very closely within the LGBT+ community, I assumed that I knew what Queer Studies was going to talk about. Boy, was I wrong.

Throughout the semester, we talked about queer in expansive terms including folx who were minorities relating to gender, sexuality, religion, physical and mental ability level, race, language, etc. “Queer" has been reclaimed in many areas as a label that folx use to identify themselves as out of the norm within our societal standards but it went a lot further than I ever could've imagined.

Following Queer Studies, I moved into the psychology of sex with a completely different mindset about gender. Gender isn't a binary but rather a fluid scale much like sexuality. It's ever-changing and always evolving throughout our lives. Previously, I had thoughts in passing about my own gender but they felt too scary and confusing to face at the moment.

After Queer Studies, however, I felt as though I had more tools to continue my exploration of the gender world. At this time as well, I was being initiated into my fraternity (Phi Sigma Pi) which is gender inclusive and hosts many gender non-conforming folx. These people were the most accepting about changing my pronouns and willing to discuss their own journeys to aid me in my own.

For as long as I can remember, I've never seen gender. I've been very androgynous with the way I act and the way I dressed, up until high school when I joined color guard. This sport (as a part of the marching band) was very feminine and therefore I felt very in touch with my femininity like I thought I was supposed to. But my view of others as genderless never changed.

My junior year, however, I came out as gay. In this transition, I finally allowed myself to get back in touch with my masculinity which I had previously lost touch with. Many people assumed that I was trying to play out the butch lesbian stereotype but they didn't see how much I was really conforming to the female role previously just to fit in.

In college, I continued to allow myself to express myself in whatever ways felt right. I began to ignore genders with clothing and the way I acted and dressed. But identifying as a feminist, I felt compelled to identify as a woman because there was power in being in a strong female role. And growing up with two younger sisters and a mother, who taught me to be a strong woman, it felt like a betrayal to be anything other than the woman I had been raised to be.

On the other hand, Eastern Michigan University has been very inclusive in the ways they handle the preferred name and pronouns of those in classroom settings and of those identifying as something other than cisgender and straight. This became a norm in my own life. And so eventually, I did some research into the nonbinary title and what that meant and whether or not it fit me.

I quickly realized that she/her pronouns did not fit me. But, still, I identified as a strong, female-bodied human being. There are times when I still dress very femininely and others when I do not. Sometimes I'm comfortable in the body that I was born with and others I am not. I still find power in having this female body but I do not relate to the “woman" title.

I began using my nickname, “Madz" more than “Madeline" because it was more androgynous and I liked the quick way it sounded. I cut my hair into a short style that I've been wanting for a while. I finally felt confident enough to stop shaving my legs. And I have finally been able to say, “Hi, I'm Madz and I use they/them pronouns."

Some folx don't understand why I need to identify as transgender or as someone who is nonconforming to gender. And to them, I say this. In the past, I have felt constricted and uncomfortable in the female role. I have felt as though I have to conform to this gender binary and the stereotypes that go along with it. Whereas, now, I have the freedom to be authentic. I can identify as a nonbinary female-bodied human and be comfortable in that.

My nonbinary title enables me to wear what I want, do what I want, and express myself without caring what others think. Because I don't have the societal pressures of needing to act as one gender or another. I feel as though I have the ability to build my own gender because I am me and nothing else. I realize that the labels are all in my head, and nothing has /really/ changed, but for me; it has changed everything.

Now, I'm still getting used to correcting people on my pronouns, having to ignore comments about my leg hair and the way I present myself, etc. It can be hard, especially being at home without the bubble of security that I have at school, to not forget everything that I am to please everyone at home. But it's what I need to do to stay authentic and true to myself.

So, hi, I'm Madz, and I use they/them pronouns. I am queer in my gender, sexuality, and general life. I am a female-bodied nonbinary person. I am an artist and a writer. And I am so much more than my appearance or my labels make me out to be. I'm still figuring life out but for now, I'm happy and comfortable in my identity and that's all that matters.