Why we love it anyway 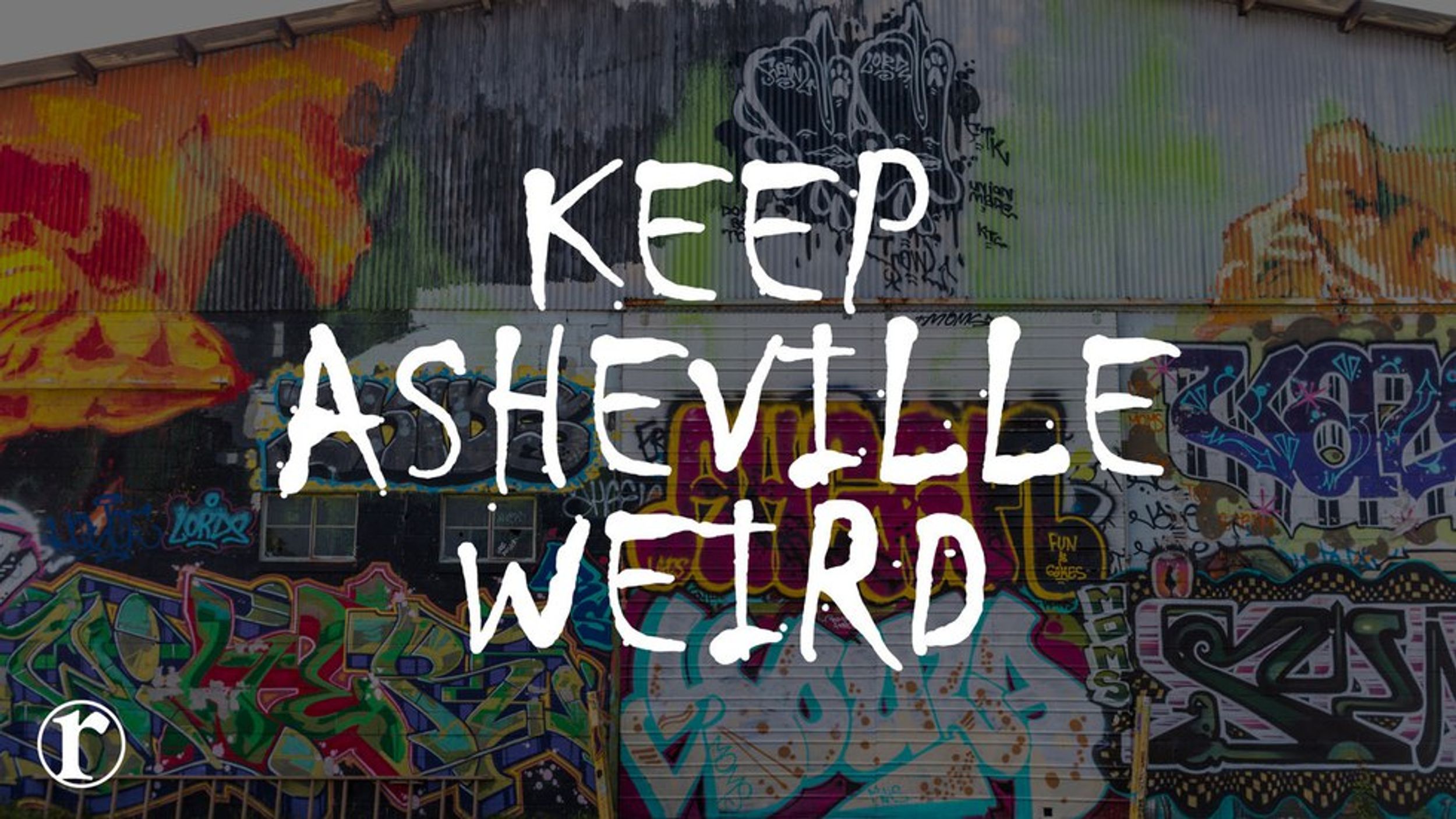 There is absolutely no question as to why Asheville has been named the #1 quirkiest town in America. We are strange, but the locals love it that way, sporting t-shirts with slogans like “Keep Asheville Weird” and “If you’re too weird for Asheville…you’re too weird.” Behind the hippies, the local food movements, and the topless protests, there is Asheville—a stunning little town set on the cusp of the Blue Ridge Mountains with amazing food, beer, and, undoubtedly, people watching.

So what makes Asheville so weird?

Yes, you heard me. Asheville has a drum circle every Friday night at 6 pm. In case you do not know what a drum circle is, allow me to enlighten you. Basically, it consists of three elements: a giant circle of drums (or inanimate objects used as drums), a group of hippies, tourists, and locals banging on said drums, and free-spirited people dancing to the beat of the music. It is weird. It is fun. It is so undeniably Asheville.

Ashevillians have a strange habit of drinking beers that you never even knew existed. Ever since 2009, Asheville has been Beer City USA, sporting around 100 types of local beer. Not only do we have all of this local beer, but also we have pretty sick places to drink it. The Sierra Nevada Brewing Company is tucked away on the outskirts of Asheville, serving upscale bar food and beer that was created on site. The view from the balcony is stunning, and you can sip your strange Ashevillian beer overlooking their local garden. If you’re looking for something more laid back, there is always "The Wedge," set among old railroad tracks in the heart of the River Arts District. Whether you are eating your weight in shelled peanuts or playing corn-hole with a bunch of hippies, "The Wedge" is always sure to be a good time.

3. We have a bicycling nun.

One majestic human being that enjoys gracing the streets with his presence is the bicycling nun. This bearded man rides around Asheville (quite frequently, I may add) on a twenty foot bicycle wearing a nun’s habit and playing folk music. If this isn’t weird as hell, I have no idea what is.

4. We only eat food that is grown within a 75 mile radius.

Ashevillians are big foodies—that is no surprise. Whether you are buying grass-fed meat from Hickory Nut Gap Farms or eating a five-star meal at a dive called "The Admiral," your food is sure to be locally raised with no hormones or antibiotics. Of course, we have a permanent structure for our farmer’s market that houses local produce, meats, and crafts for your viewing and munching pleasure. Our little city is one of butchers, creameries, farms, gardens, chocolate factories, and bakeries, ensuring that most everything consumed in Asheville is also grown right near Asheville.

5. We have topless protestors.

We’re allowed, it’s legal. A few years back, some Asheville women decided that they felt oppressed by the idea that it was socially acceptable for men to walk about topless and for women not to have the same right. And thus, the topless women protests started. It is not uncommon to see a topless woman walking through the Asheville streets with her chest puffed out and her head held high. I know, it may seem weird… but, like I said, totally legal.

6. We have the Biltmore Estate.

In the midst of all of the weirdness that is Asheville, we have something historical! Enter, the Biltmore Estate—an eleven square mile property that includes a winery, a farm, flower gardens, a cattle ranch, and dozens of hiking trails. Nestled in the middle of the estate is the Biltmore house itself, featuring, 35 bedrooms, 43 bathrooms, and 65 fireplaces. This piece of history is the largest privately owned house in the United States and was built by George Washington Vanderbilt II in 1889. Vanderbilt, in case you didn’t know, was the United State’s first mountain-loving hippie.

Let’s be honest—at least half of Asheville’s population consists of trust-fund babies and hippies. They lead political protests, go to yoga classes, and hang out like bums in the middle of the street. They are flower children and they typically sport homemade clothes, dreadlocks down to their ankles, and a lingering scent of patchouli and body odor.

8. We have strange hippie festivals.

From Shindig on the Green to Asheville Wine & Food Festival, Asheville is sure to have a constant flow of entertainment. One of the most well know festivals is LEAF, a conglomeration of food trucks, live music, and artisan vendors. We also have the Highland Games, the Cherokee Powwow, and live musicians constantly. Long story short: you will never run out of things to do.

9. We just have the weirdest people in the country.

Asheville has an eclectic mix of hippies, doctors, and southerners. We are smack dab in the middle of the Bible Belt, the Blue Ridge Parkway, and one of the biggest medical centers in the U.S. I consistently see a man with a purple mowhawk hula-hooping in the middle of Pack Square in a tutu. When you go to the local grocery store, you are confronted with hippies, suburban housewives, doctors in scrubs, real life cowboys, and a vast array of other eclectic Ashevillians. I truly do not think that there will ever be a city more diverse than Asheville.

We may be weird, but those who live in Asheville love this quirky little town.