Nicholas Sparks, I Have a Bone to Pick With You Sir
Odyssey

Nicholas Sparks, I Have a Bone to Pick With You Sir

Mr. Sparks, you have set us all up to fail with your fictional ideas on love and life. 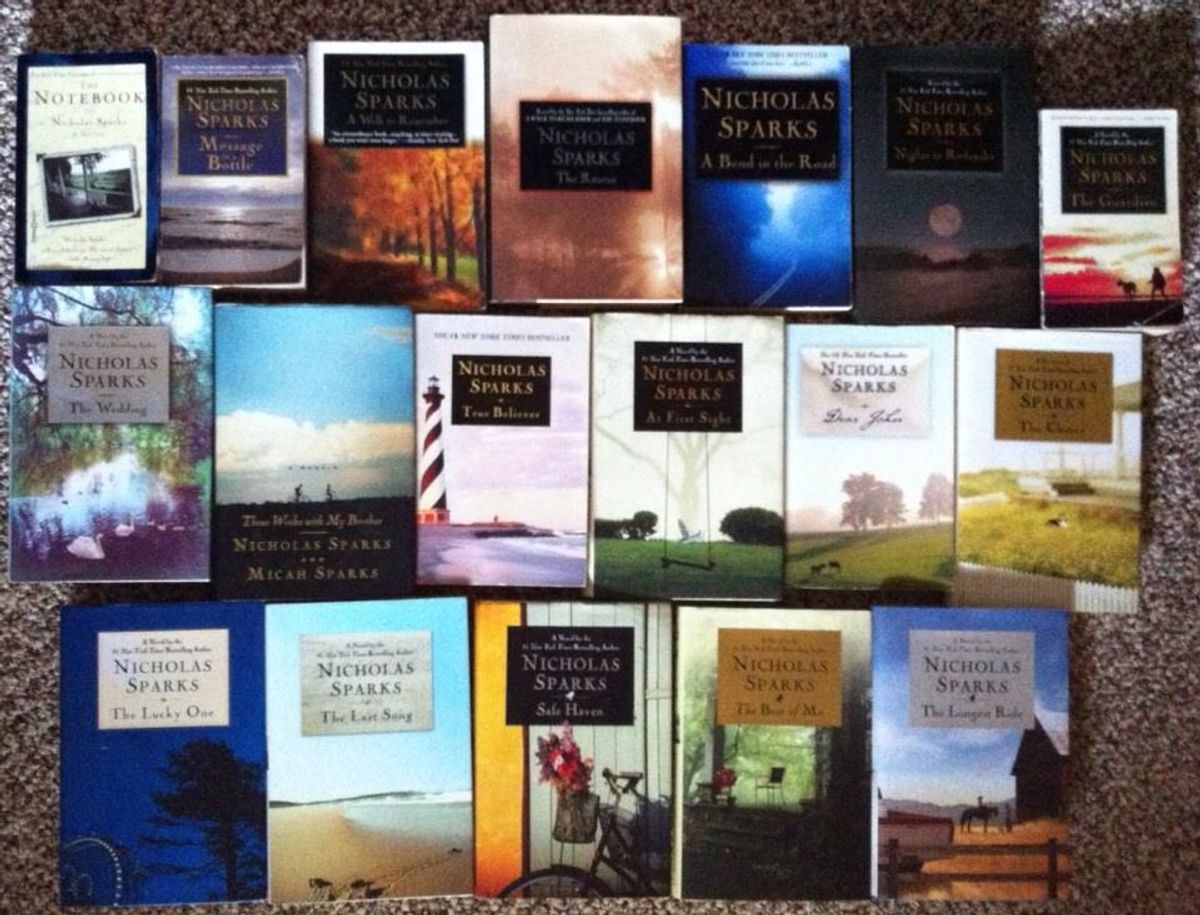 It occurred to me not too long ago that I have been lied to for quite some time. I wrote about this once before but the topic has crept back into my head once again so ya'll hear me out for a minute.

I was watching that really cute and sappy movie the other day that Walk to Remember movie which is based on the novel written by Nicholas Sparks. While I was watching this movie, which by the way is one of my favorites, I sort of found myself getting mad. It was almost as if the more I watched the more upset I got. At one point I even caught myself about to throw my phone at the TV screen. Now you may ask yourself what it was about that movie that could make me so upset. Let me map it out for ya'll.

1) There is no guy anywhere in this world that can compare to Landon or Noah. Or any of the other male lead roles in Sparks' novels. Not only is it unfair to put that much pressure on a guy to be those perfect, almost too good to be true, male roles, but it's just unrealistic. No high school senior anywhere in this world, I don't care who he is, would drop his whole life for the quiet chick in the halls at school because she has a terminal illness. And no guy anywhere would write a letter to a chick everyday for a year either. If he even bothered to write a letter at all, after the first or maybe the second letter that went unanswered, he'd say forget it. It simply doesn't happen. It will never happen. You suck, Nicholas.

2) Meanwhile ladies, here we have been thinking all this time that guys like Landon and Noah are just waiting for us around the corner. We think some magical day we'll run into him by accident after having the worst day we could possibly have and they're he'll be. This perfect man who's going to sweep us off our feet or convince us to go out with him while hanging from a Ferris wheel (because that's a good idea). Newsflash, it ain't happening ladies. If you went to the county fair expecting that crap to happen after you watched The Notebook, oh sister, you set yourself up for disappointment.

3) Also, there is no guy, ever in the history of guys that would ever agree to marry you because you have a terminal illness. Let's be honest, Landon was a bad guy that was rough around the edges. Mr. Sparks would have us believe that the sweetness and kindness of Jamie made him change his ways over night. Okay, except for you're crazy if you think that will really work. So don't even give that idea any entertainment at all.

The point is, and yes I may be a little bit bitter, but hear me out. The point is, Mr. Sparks, I want to know what universe you came from. Are there more like you? Are you even human? I need to know because if you're anything like the male characters in your books then bless the woman that can call you hers. I'm a bit annoyed with you because I feel like you lied to me all through my adolescence and even now. I watch your movies from time to time (The Notebook is my absolute fav by the way) and I wonder, where is this Noah chap and why hasn't he breezed into my neck of the woods? I think you're shameful, sir. Shameful for lying to us poor, naive girls with big hearts and shameful for setting unrealistic expectations for men everywhere.

What I want to know is just how many divorces you have been responsible for. I'm curious how many women have read your books and then looked at their husbands (good men no doubt) and thought, "He's nothing like Noah or Landon". Then, when she's expected her poor husband, or even boyfriend for that matter, to sit down and write her 365 letters or get matching 50 cent tattoos to put on her shoulder in the car, he's looked at her like she was crazy. Why? Because who even does that?!

The point is, Mr. Sparks, you've set us all up to fail. I'm annoyed. Thank you.