New Yorkers, Let's Start Giving Up Our Seats
Odyssey
CurrentlySwoonLifestyleHealth & WellnessStudent LifeContent InspirationEntertainmentPolitics and ActivismSportsAdulting
About usAdvertiseTermsPrivacyDMCAContact us
® 2023 ODYSSEY
Welcome back
Sign in to comment to your favorite stories, participate in your community and interact with your friends
or
LOG IN WITH FACEBOOK
No account? Create one
Start writing a post
Lifestyle

It costs nothing and it goes a long way. 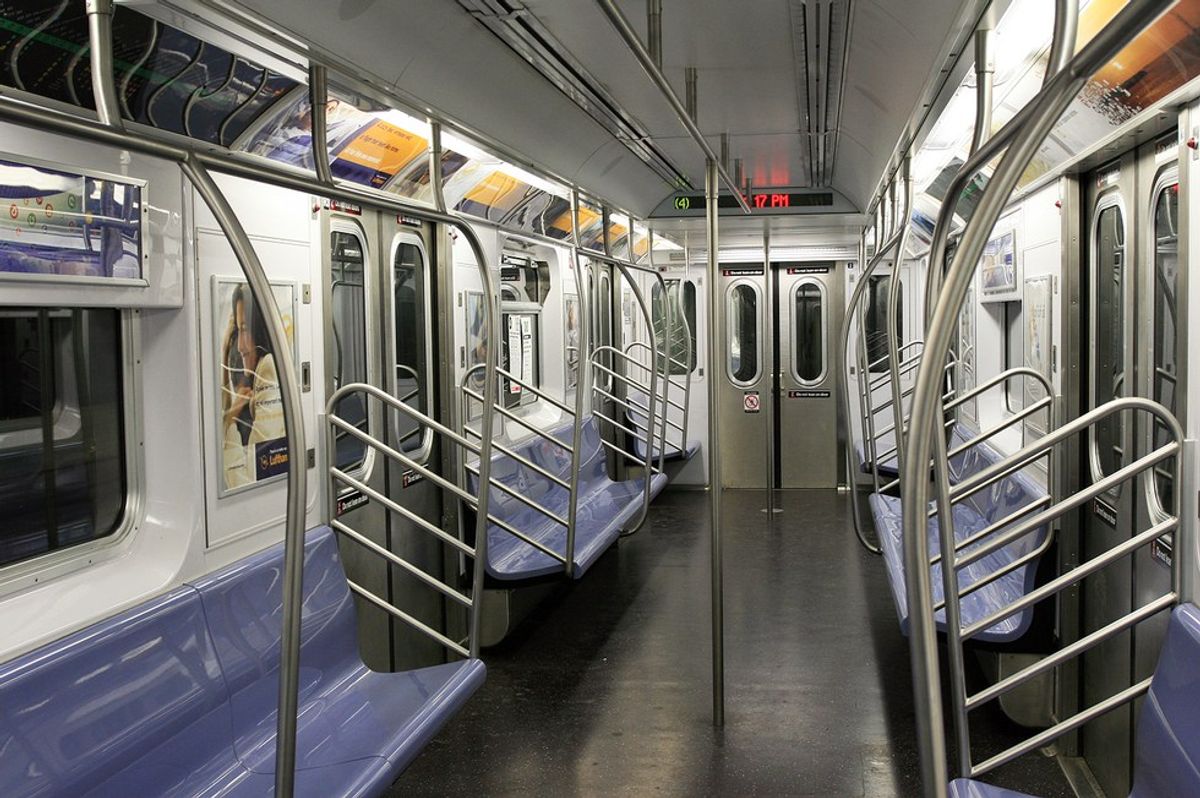 Taking the train is a part of every New Yorker's daily routine. We use it to get to school, to work, to meet friends and family, and to simply explore. New York City's transit is one of the largest and most intricate systems in the world. For an outrageous $2.75, you can ride the entire system without ever actually having to leave the station. If you enjoy long train rides like myself and happen to be bored on a rainy day, I suggest taking a train from one end to another. But one aspect that isn't commonly spoken about is the struggle of getting a seat on a train.

During rush hours, it's impossible to get a seat during your commute. Even if you do, you might just end up feeling cornered in. Claustrophobic people, I'm talking about you. But when there are free seats, a fight ensues among commuters. People will do anything to sit down. The MTA constantly makes announcements about courtesy, "Manners make a better ride. Be someone who makes it a better ride for everyone. Others will thank you. OK, we can’t guarantee a 'thank you' but we’re sure they’ll notice and appreciate it." Riders are also reminded by posters that say, "Offer Your Seat To An Elderly, Disabled, Or Pregnant Person."

But these announcements and reminders aren't cutting it. Last Wednesday, former "House" actress Olivia Wilde tweeted about a negative train experience in New York City. "NBD, able-bodied [subway] riders who won't give your seat to a GIANT preggo," Wilde tweeted. "I'll just stand riiiiight next to your head and pray I go into labor."

Although Wilde received backlash about complaining, this isn't an uncommon occurrence. I have seen my share of inconsiderate riders. During a commute once a few months ago, I stood next to a pregnant woman. She wasn't too far along but it was clear she was pregnant and no one offered her a seat. As she held onto a pole, she struggled not to have her body slam on the pole every time the train stopped with a jolt.

Last week a similar situation happened but with an elderly woman. On my way to school, an elderly woman, perhaps 70-years-old or so, entered the train before me. I was sure she would get a seat in the semi-crowded train but she didn't. I stood next to her as she used both hands to hold herself tightly against the pole. She could barely keep her balance, let alone stand. But no one offered their seat.

New Yorkers are stereotypically thought of as cold and distant from the people around them. I've never believed this though because as one myself I know that we can be very helpful. But it seems lately, we're fitting right into the stereotype. We're all busy people with places to go, people to meet and things to do. Regardless of this, doing a kind act doesn't cost a thing and it goes a long way. So, my fellow New Yorkers, next time you see an elderly, pregnant or disabled person, don't think twice about giving up your seat.