The role of Neptune in astrology 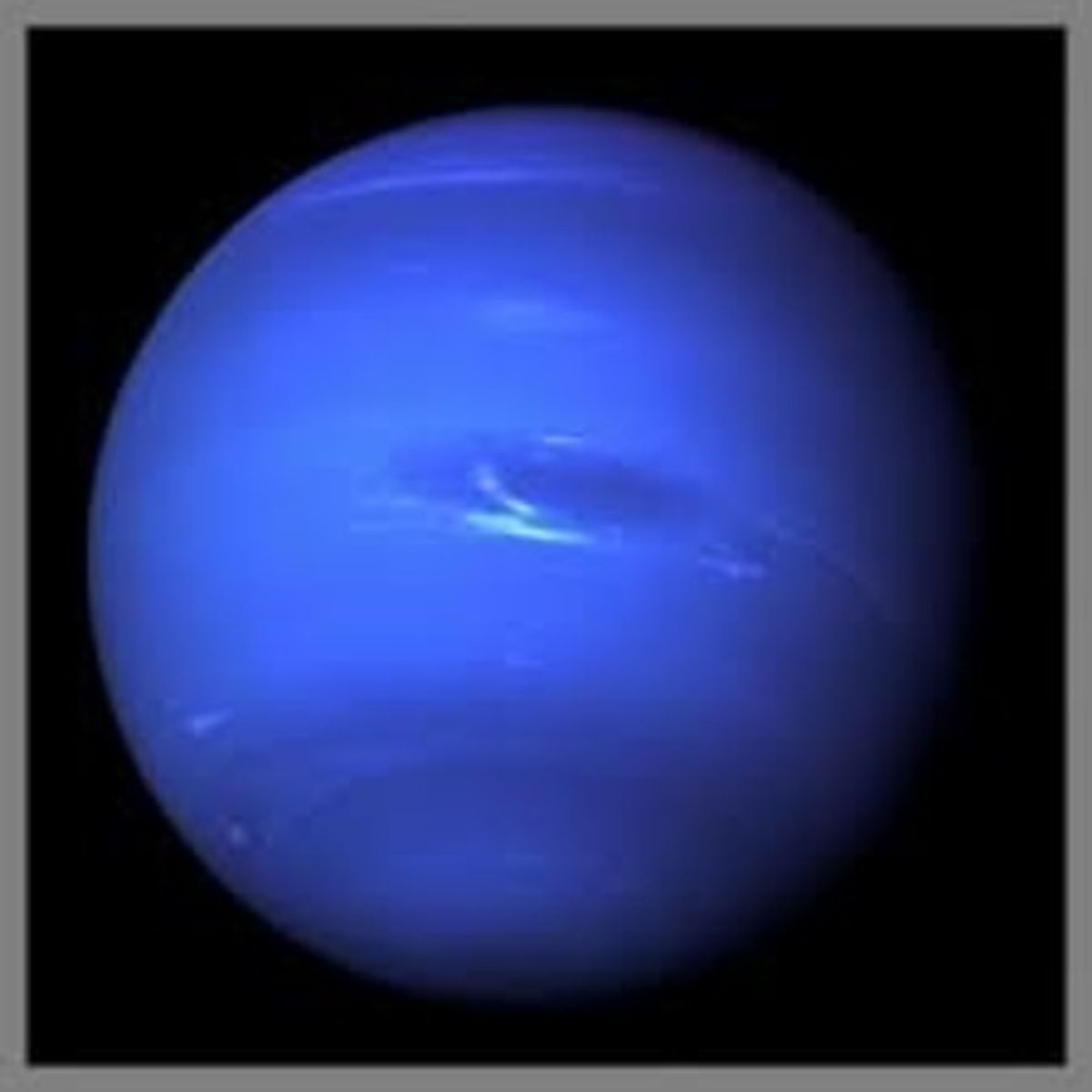 Roles: where and in which ways you are imaginative; what confuses you and where you suffer a lack of clarity; what you're compassionate about; your attitude towards the mystical

Speed Through the Zodiac: 168 years

Neptune is named after the Roman god of the sea, and the sea can be a perplexing and overwhelming place. So it makes perfect sense for the deep blue planet to be the planet of confusion, illusion, and vision. With Neptune, you never get answers. You're lost on an island, with no signs or signals of where to go, what to do, and when you'll be able to escape. Your in a fog with zero inches of visibility, and you're bumping into everything. Your mind sails onto unknown iridescent seas, drifting into the kaleidoscope that is your imagination. Neptune helps youlose your rigidity and skepticism, allowing youto become compassionate towards others. You let go of reality and welcome the fantastical and unexplainable.

Neptune is another neutral planet. It's job is not to be harsh nor enjoyable, but to puzzle. It is neither beneficial nor detrimental to get lost in fantasies; you should always do so in moderation, but it's healthy to let your mind wonder from time to time. Delusion, when tweaked, can convert into vision, and compassion can easily turn into naivety. Neptune's effects are unclear, and so it can be considered nothing but neutral. As Neptune stays in a sign for approximately fourteen years, you share a Neptune sign with millions of others. You can say Neptune leaves a generational mark, where you share a vision and are compassionate towards the same things. The majority of those born between 1984 and 1998 have Neptune in Capricorn. As it's sign of fall (according to some astrologers), Capricorn's serious nature makes it a rough spot for Neptune to express its natural energy. We're generally not as idealistic and escapist as those who are currently age four and younger (the Neptune in Pisces generation). However, we're especially compassionate when it comes to minerals and other earthly materials, business ethics, and other things associated with Capricorn. Our dreams and fantasies typically revolve around career or other ways to grow in status. Although Neptune is a generational planet, its house placement—as well as how it's aspected in your chart—will be more specific to your personality. If you have Neptune in the Second House, you may be forgetful when it comes to your spending. With Neptune in the Seventh House, you can have a hard time maintainingboundaries in close relationships.

Neptune rules Pisces and is in detriment in Virgo. Pisces is an emotional sign that often has its head in the clouds, becomes easily swayed by those in need, and immerses itself in creativity. In contrast, Virgo relies more on analytical thought and reasoning, denouncing anything that doesn't follow sound logic. For Neptune, logic is stifling, so it has a difficult time being in Virgo.Because Neptune was discovered in relatively recent times (1846), astrologers are still in disagreement over the planet's signs of exaltation and fall. Some feel that Neptune is exalted in Cancer and in fall in Capricorn. Cancer makes sense, as it’s a water sign like Pisces: imaginative, sensitive, and emotion-focused. It doesn't focus on harsh realities as Capricorn does to a fault. Nonetheless, the other argument—Leo as the sign of exaltation; Aquarius as the sign of fall—makes sense as well. Leo is about the grandiose and flashy, which mixes well with Neptune's flair for illusion. Aquarius, as a rational air sign that tends to distance itself from others, may be a strange place for Neptune to exercise its selfless nature. Besides, Cancer and Capricorn are already signs of exaltation and fall for another planet: Jupiter. It wouldn't be fair for them to be signs of exaltation and fall for two planets.

When you utilize your Neptune placement wisely, you can drift off in healthy ways. Your imagination grows and you become less bogged down by the cruel happenings of life. You express compassion for others without letting them take advantage of you. You can distinguish what is real and what is not, and keep healthy boundaries between yourself and others without completely distancing yourself from them. Underutilizing Neptune will make you too much of a skeptic and leave you with no room for creativity and fantasy. Meanwhile, overusing Neptune or relying on the negative traits of your placement will cause you to take illusions as truth, think unrealistically, and let others take advantage of you. You have to balance the energy of Neptune in order to gain as many of its gifts as possible.

Neptune goes into retrograde motion once per year, for twenty-one weeks at a time. During its retrograde period, things about which we feel uncertain become clear. We discover our own truth, as each person has his or her own perspective and process of making sense of things. Nothing in this world is "the truth," as there are as many truths as there are people on Earth. Most of thediscoveries you find for yourself while Neptune is retrograde depend on the house in which its transiting in your natal chart.

If you have Neptune retrograde in your natal chart, you can come across as a little insensitive, apathetic, and skeptical, even when that's far from the truth. You hate showing your weakness to others, and you can rely too much on rational thought and logic. You can make sense of the world around you, but become confused when it comes to your own subconscious and personality. Only when you learn to embrace Neptune's qualities—which are expressed internally rather than externally—will you begin to find clarity within yourself.

Next Article: "Pluto: The Power Within"