Needing Someone To Lean On
Odyssey

Needing Someone To Lean On

It isn't the same as being dependent 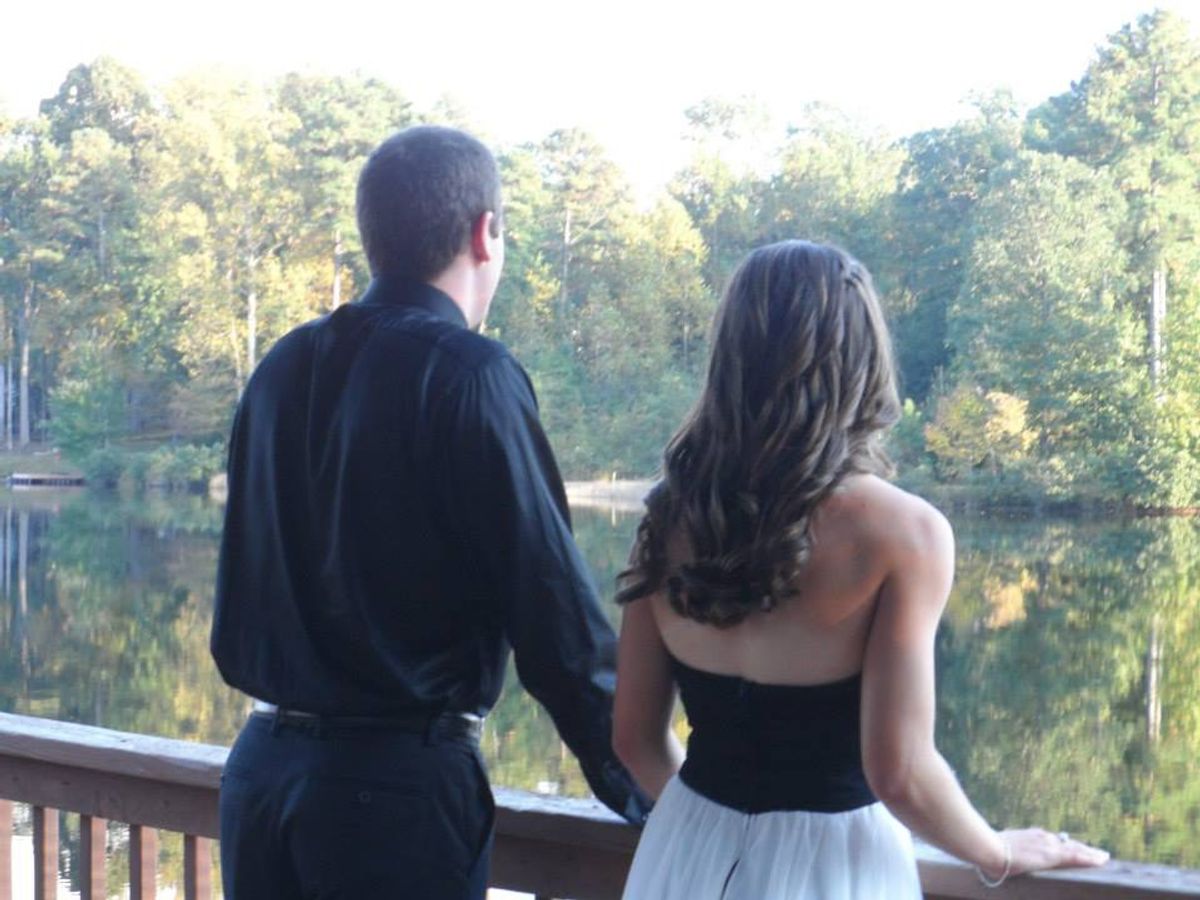 Flash back to three years ago, before I was in a relationship, before I knew how to give half of myself to someone else. I kept to myself more than anything. Back then I suppose I was the definition of Miss Independent. I'd like to say this was because I was confident and had my life in order. But really, I was a socially awkward teenager who felt slightly alone in the world. My family, my rock throughout the years, was always there for me. I craved a different kind of relationship; a relationship in which I could remain independent while also having someone to lean on.

What ended up happening was much different.

In the beginning of my now three-year relationship, I was still independent. To be frank, I wanted nothing to do with him. Looking back we laugh at this, but it was the truth. I was stuck up and too proud to admit to liking someone else. Yes, I know that isn't how the typical love story goes, what with "love at first sight" and all that jazz, but here we are three years later. I've gone through a huge life transition thanks to him, and now I'm here to describe it.

A long time ago, one of my friends was describing the stages of a long term relationship. Basically she said everything starts with a nice honeymoon phase, then a dry/arguing phase, and then a stable phase, and then the entire thing repeats. I've already said that my relationship didn't start in the usual way...but I can pretty much attest to the order of things. I don't condone relationships that involve constant arguing or numerous break-ups, but some arguing or disagreeing is normal when two individuals decide to get together.

Anyway, this is about me, not the psychology of relationships. That's an entire other article if you ask me. Looking at the big picture throughout my time with him, he has become the sole person that I lean on. My initial desire to have nothing to do with him eventually gave way to my dependency on him. I told myself it was normal for me to miss him...even when only ten minutes had passed. I convinced myself it was okay to call him crying and tell him it was his fault I was upset because I needed him.

Ladies, don't do this.

Men are interesting creatures. They like to focus on one thing at a time, and have trouble shifting their attention back and forth. If my boyfriend is busy doing homework for, say, Linear Algebra, it will be difficult and stressful for him to worry about me on top of it all. It isn't healthy for either party to say the least.

I followed this pattern for far too long. When I was a senior in high school and he went off to college (he was only 30 minutes away from me, so I guess he didn't really "go off"), I had such a hard time with the transition. As strong as our relationship was, we almost broke up numerous times, just because of how much stress I put on him.

So why am I telling you all of this? Well, I have had a revelation. Couples need time apart. Yes, I could probably spend all day everyday with my boyfriend and be happy, but some time apart is more than necessary for both individuals to thrive in the relationship. Not only this, but I am starting to learn that it is okay to find someone to lean on. He has told me before that of course he wants to help me when I need it; but when I'm needing it every day for irrational reasons, that's where the problem comes in.

It's okay to be clingy. It's okay to love someone and to miss them when they're gone. What isn't okay is when you pour your whole soul into someone else. That's what I did. And then when he didn't reciprocate I took that as a bad thing.

In these three years we have been together I have learned (slowly, I hate to admit) that humans need people to lean on. Sometimes the weight of life is too much for one person to hold onto alone. But without difficulties and bumps in the road, who's to say we're human? I was single for a long time prior to meeting my boyfriend, so I know what it's like to feel alone in that regard.

But I'm here to tell you that love is worth it. Holding onto someone even when times get tough is worth it. Lean on them. Lean on them so hard when you need to. Let them pick you up when you're down. But don't lose yourself in them. Stay you, because God made you for a reason, and it isn't fair to you to get caught up in the same routine and lose your individuality.

Caitlin Marie Grimes
University of South Florida
4627
Beyond The States