We Need to Do More than Just "#PrayforOrlando"

We Need to Do More than Just "#PrayforOrlando"

Thoughts and prayers are the bare minimum. We need action. 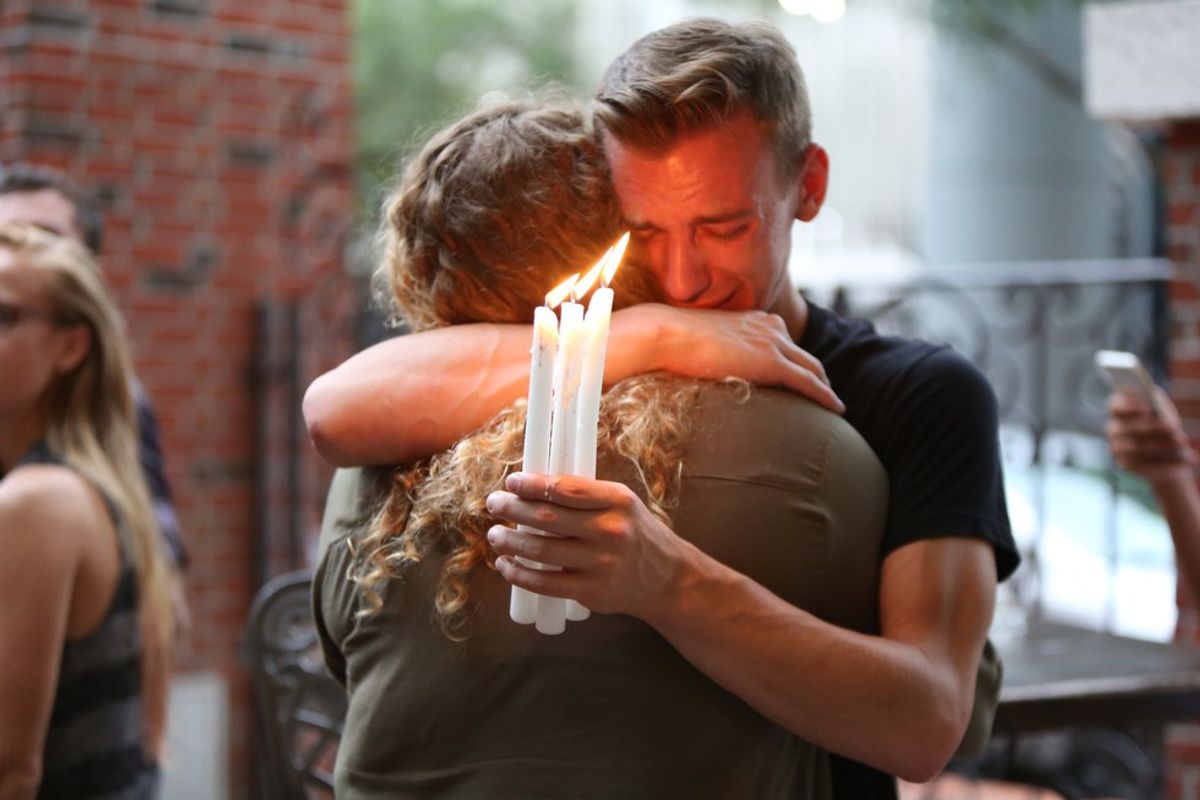 I've spent the past couple of days mostly in bed, sick with a combination sinus and ear infection, on top of my allergies. But yesterday, my Twitter feed was abuzz with news about another shooting in Orlando, on top of the one that took the life of singer Christina Grimmie. I was only a bit sad at first—another queer person killed? Nothing new there, sadly—but then I learned more.

I'm tired. I'm sick, sad, hurt, angry, and tired. I've never felt as endangered as I did upon hearing yesterday's news about the Pulse nightclub shooting.

I feel hunted. It's never safe to be out as a queer person, especially when you're a person of color as well, but LGBTQIAP+ folks created nightclubs like Pulse as a safe space, a place to de-stress, drink, and dance without fear of being harmed for who you are and who you love. This is another of many attacks on queer safe houses. If we can't be safe in the sanctuaries we create for ourselves, and we can't be safe at home, and we can't be safe in public spaces, what do we do? Where can we go? No one is safe. Nothing is sacred.

Civilians don't need assault rifles. Say whatever you want about that, but the ridiculous lack of gun regulations has allowed hateful people to do deadly deeds that have hurt and killed far more people than they could have without access to this kind of weaponry. America's gun fetish is disgusting. The institutionalized queerphobia and racism that came to a head in yesterday's shooting could have been prevented. 103 Hispanic & Latinx LGBQTIAP+ victims could still be alive/uninjured today. Their families would not be grieving today. The LGBTQIAP+ community would feel less hunted today. The Muslim community would have a little less Islamophobia to face today, after a coward hid behind Islam to commit genocide. Queer Muslims would feel a little less like they have no community to take them in today.

This is ridiculous. How many more people have to die? The corpses of children weren't enough? Will the deadliest civilian mass shooting in recent American history be enough? The National Rifle Association has far too many legislators in its back pocket, and that is sick and wrong. Too many people have died for this to be acceptable any longer, and the ones who have access to this assault weaponry (usually white men) are harming those who are already far too vulnerable in our society—women, people of color, mentally ill people, disabled folk, queer folk, and so on. All these marginalized identities are even more at risk when hate-filled people get access to military-grade rifles.

The Second Amendment gives you the right to bear arms, sure, but your right to freedoms ends when it means you'll take away another's freedom. "Thoughts and prayers" aren't enough. We need action. We need social reform. We need gun regulation. We need to out legislatiors who take bribes from the NRA. We need to stop harming and murdering marginalized peoples. Enough is enough.