I nothing lack if I am His, and He is mine forever. 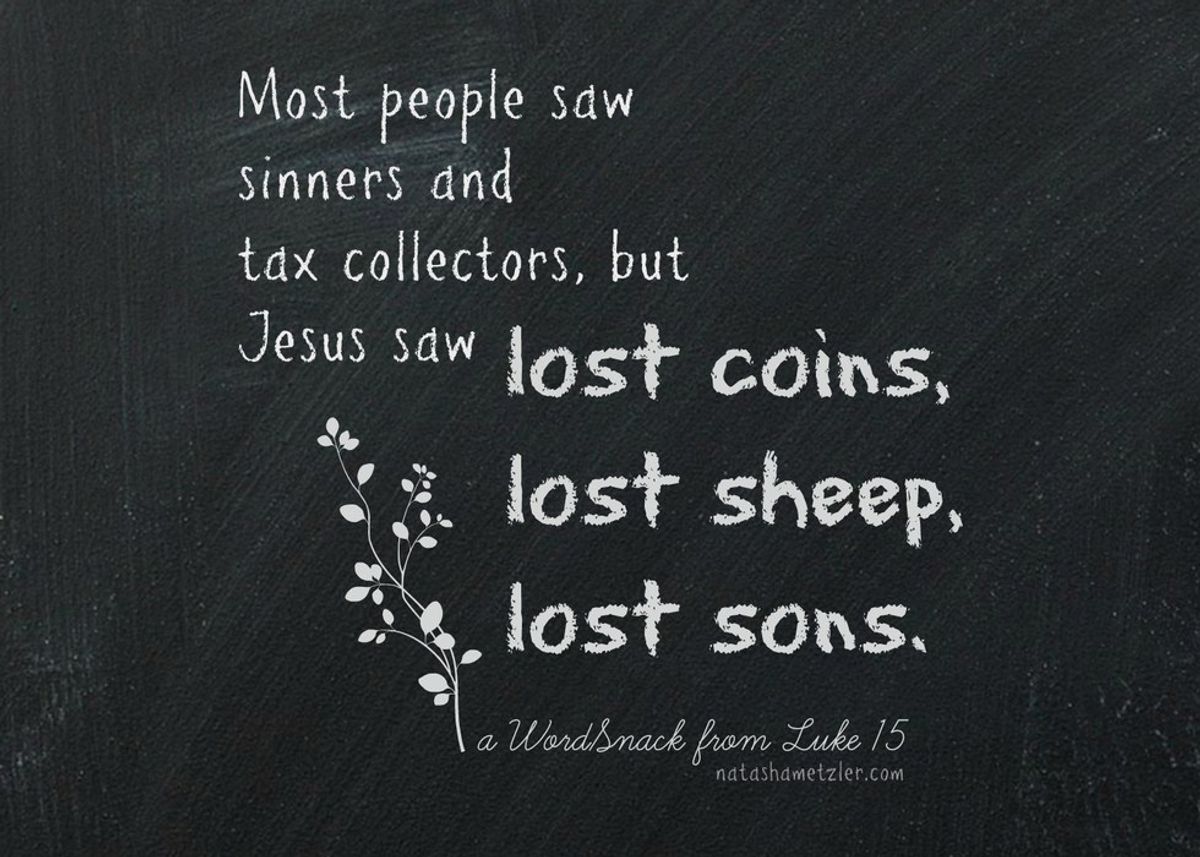 I remember gazing out the window as a young child in anticipation of his arrival, feeling excited but also fretful. There is an old home video of me at age four, tilting my head, pensively maundering on about my worries that he won't come: "I can only think of one tiny day where I wasn't crying, and maybe he will know that and come," I had said, "There was one tiny day where I was very good."

It was the same every December; I would be consumed with fear that any wrongdoing had sabotaged my deservingness of whatever I was pining for. Even when I discovered the truth about Santa Claus years later, I regret to say that this scrupulous mentality partially still remained, engraining three lies in my brain:

Before long, I had developed a fixation on the unattainable, worldly ideal of worthiness. Before long, my main pursuits were of those that the world has claimed to be of value, those that can only be gained through "qualifications." And I began to believe that if I did not get what I wanted, it meant I was somehow lacking.

Until I allowed someone to re-introduce himself.

Like Santa, he too came on Christmas... However, the characteristics of Christ are far from the ones we have attributed to Santa Claus.

How so? Well, for one, Christ didn't come to give to those on a "Nice list." Rather, He came to an empty Nice list and an extensive Naughty list. For even St. Paul said in 1 Timothy 1:15-17:

This is a faithful and trustworthy statement, deserving full acceptance and approval, that Christ Jesus came into the world to save sinners, among whom I am foremost. Yet for this reason I found mercy, so that in me as the foremost of sinners, Jesus Christ might demonstrate His perfect patience as an example orpattern for those who would believe in Him for eternal life.

Furthermore, Santa responds to deeds, while God responds to hearts. Although He is omniscient, God doesn’t monitor us to make sure we meet his standards in order to decide if we've earned his gifts. Rather than assessing whether we deserve His graces, He determines whether we desire them, and if we do, He gives them freely — not because we've earned them in any such way, but because he loves us beyond reason. And if we show remorse for our "coal-deserving" deeds, He will bestow us with His mercy instead, inviting us into the light of a new beginning.

Your choices affect you, though they do not define you. They are *not* an indication of how much God loves you, but rather of how much you love Him.

God is also different than Santa Claus in the gifts He offers. Santa's gifts are merely the work of his elves' hands. They can only entertain someone for a short while. God's gifts, on the other hand, are eternal, as He holds all things in existence. Think of the things that make you smile, of all of the things that take your breath away. These are merely small glimpses of God's magnificence, which He longs to share with us forever. Yet, in our pride and selfishness, we buy into the lies that we can get on just fine without Him, and we resist What holds us into being. Thus, our world remains very much broken and desolate.

Even still, however, Christ provides us with bits of Himself. He may not always give us what He knows we want in this life, but He continually offers us exactly what we need at that moment, so that we may grow closer to the source of all Goodness and Beauty. In His own life, Jesus denied Himself of most human wants, so that we could enjoy an eternal union with our Ultimate Want. We are then called to do the same, believing that God holds our best interest, even when current circumstances do not seem to reflect it. For all of God's gifts, whether sorrowful or happy, pleasant or painful, hold value because as said in 2 Corinthians 4:17, they "are achieving for us an eternal glory that far outweighs them all." He invites us to cast our weaknesses and fears aside and lose ourselves in His mercy, comfort, healing, and strength. Pope Francis summed this up beautifully in his speeches at World Youth Day 2016:

So I ask you: Are you looking for empty thrills in life, or do you want to feel a power that can give you a lasting sense of life and fulfillment? Empty thrills or the power of grace? To find fulfillment, to gain new strength, there is a way. It is not a thing or an object, but a person, and he is alive. His name is Jesus Christ… The Lord does not keep his distance, but is near and real. He is in our midst and he takes care of us… He prefers to let himself be contained in little things, unlike ourselves, who always want to possess something greater. To be attracted by power, by grandeur, by appearances, is tragically human. It is a great temptation that tries to insinuate itself everywhere. But to give oneself to others, eliminating distances, dwelling in littleness and living the reality of one’s everyday life: this is exquisitely divine.

No matter where we each reside, God is willing to meet each of us at that level, take us in His arms, and fulfill us with His abundant, self-giving love, which far exceeds our unworthiness. His love is not even the slightest bit contingent upon our actions. He sees all of our flaws and faults, yet He always still views us as good... because we are His. Unlike the world's, Christ's approval is not subject to one's ability to measure up.

So I want to remind you that the greatest gift of all is always offered to you, and its price is not worthiness. He just asks for your time and your openness to His guidance and healing.

I'd like to close off with this compelling song by Alanna Boudreau: