30 Article Ideas I (Thankfully) Never Used, But Kind Of Wish I Had

30 Article Ideas I (Thankfully) Never Used, But Kind Of Wish I Had

They seemed like good ideas when I thought of them! 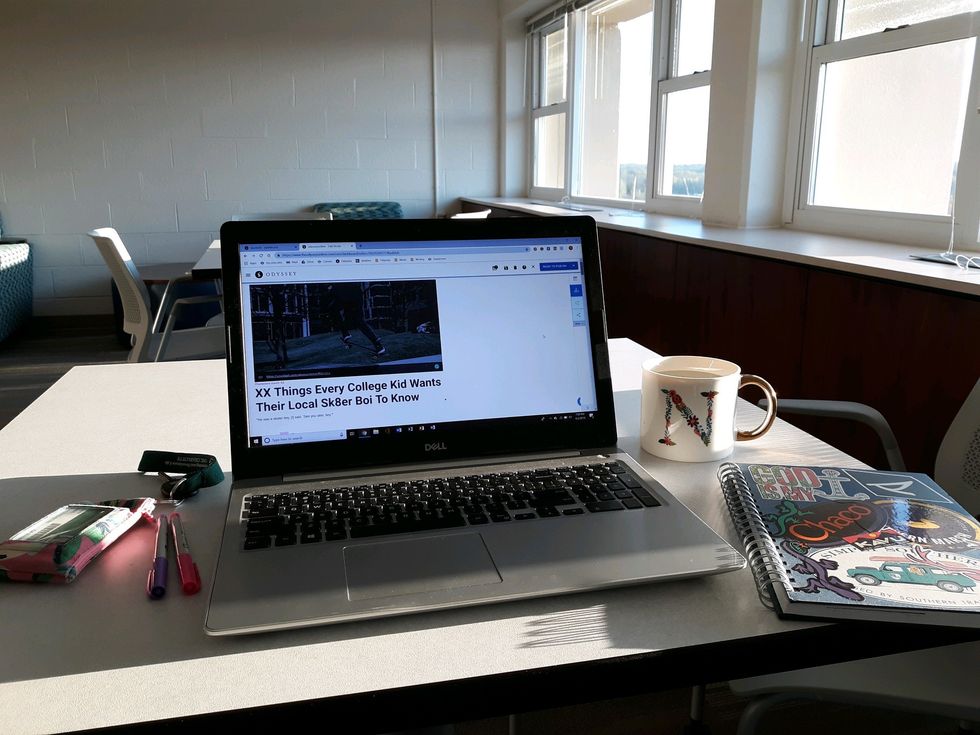 This time last year, I was heavily debating whether or not I had the time needed to begin writing for Odyssey. Thankfully, I decided this would be worth my time, and it was!

I now have a few dozen published articles in my name, another bullet point on my resume, and an experience I would not trade for anything.

Every week, I wrote about whatever I chose. Some weeks, it was on my faith. Others, it was on dealing with school. And occasionally, it was on topics like just how rude it is to overlook the amazing holiday that is Thanksgiving!

With expectations of an article every week, my creativity often became desperate for a topic better than what I had written just seven days ago. Thankfully, some of my more - um - creative ideas never made it to an audience. Even so, I still believe they have potential for another writer to pick up and run with!

Here's a few ideas that sat around my dorm on sticky notes before I embarrassedly threw them away when my friends said, "um, really?". They're not the best, but they could be a lot worse!

1. I'm The One Who Brought Scrunchies Back, And I'm Ready For The Credit I Deserve

2. 20 People Who Will Never Be As Much Of An Icon As L'il Sebastian

3. You Might Be Lazy, But It Took Me Until Late January To Decorate My Dorm

4. Making Eye Contact With Others While They Eat Asserts Your Dominance

5. Cold Brew Is Gross, You All Just Want To Be Cool

6. I Don't Trust People Who Bite Into Ice Cream, And Neither Should You

7. An Open Letter To The Girl Who Dropped Her Hydro Flask On My Foot

8. 51 Reasons The Aliens From Area 51 Will Mock Us Once We Rescue Them

9. 49 Things I Would Rather Do Than Climb Another Set Of Stairs At UNCC

10. I Learned I Was Cocky When I Drove Home From College To Put My A-Plus Paper On My Parents' Fridge

11. My Roommate Hypnotized Me Into Liking Crocs, And You Can't Convince Me Otherwise

13. A Step-By-Step Guide On Dressing Like A Soccer Mom When You're Really A College Sophomore

14. I Would Rather Eat A Bug Than Deal With Dropping My Phone Off A Lofted Bed One More Time

15. Girls Who Talk Me Up In The Comments Section Of My Insta Post Have Restored My Faith In Mankind

16. You're All Sleeping On The Turtleneck Trend, And I'm Tired Of It

17. The Live-Action 'Lion King' Is Just A Glorified Cartoon

19. 100 Times Chick-Fil-A Workers Proved They Are The Heroes We Don't Deserve

20. I Unlocked A New Level Of Life When I Learned How To Fold A Fitted Sheet

21. The Irony Of Edward Cullen Playing Batman Is Being Dangerously Overlooked

23. I'm A Different Person When My Dress Has Pockets

24. I Just Need A Guy To Love Me As Much As College Guys Love Bragging About Seeing 'Avengers: Endgame' On Opening Night

25. I Disowned My Sister When She Ate The Last Reese's Egg, But It Was Necessary

26. I Support Technology, But I Also Use My Kindle As A Bookmark

28. My Friends Are More Savage Than The Oompa Loompa's In Willy Wonka's Chocolate Factory

30. I Survived Freshman Year Without A Towel Rack, And Here's How You Can Too

Thank you to everyone who has read, commented on, and inspired my writing this past year! Looking to join Odyssey? Give it a shot! When else will you get an opportunity to share your writing on a platform like this?

And most importantly, it's been fun!

writing
Report this Content
This article has not been reviewed by Odyssey HQ and solely reflects the ideas and opinions of the creator.
Swoon