The truth about your favorite drink. 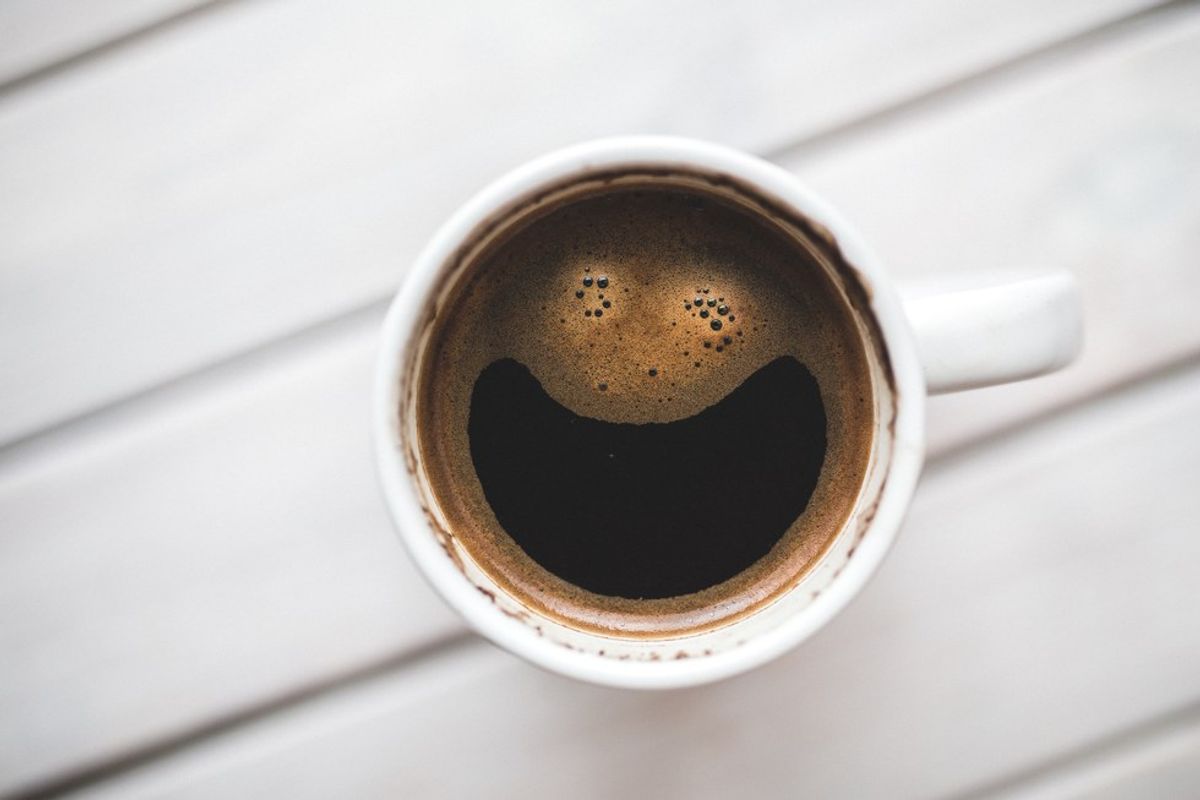 I consider coffee to be a very good friend. Coffee cheers me up in the mornings, accompanies me on dates to cute cafes, and encourages me to get through late nights of studying. But sometimes, I hear rumors about my good friend. Rumors that coffee is bad for me, or that it's considered addictive. What's true? What isn't? When will the lies stop?!

I've decided that I'm tired of being coffee-shamed, so I looked up some of the most common myths about coffee. Here's what is and isn't true about your favorite drink.

Caffeine is a mild diuretic (which means that it makes you pee more), but you normally consume caffeine in the form of coffee or tea. The water used to brew these beverages makes up for any slight dehydration caused by the caffeine. Drinking three to five cups a day may dehydrate you, but the normal one to two cups of coffee won't have any negative effects.

Caffeine can sober you up? False.

Caffeine does not actually sober you up when drunk. It can make you feel slightly more mentally alert when intoxicated, but it will not make you any less physically drunk. There is no way to lower your BAC -- all you can do is wait for the alcohol to leave your system. (But drinking water in the meantime doesn't hurt!)

Caffeine is addictive? Sort of true.

This one goes both ways. Caffeine is mildly addictive because it's a stimulant to the nervous system, which can lead to slight physical dependence. If you stop drinking coffee abruptly, you'll experience some withdrawal symptoms, like headaches, difficulty concentrating, and fatigue, but there will be no long term effects. Most experts don't qualify coffee as an addictive substance because it does not compare to the more dangerous substances, like drugs or alcohol.

It's no miracle cure, but a few cups of joe a day has been shown to lower the risk of many diseases and cancers, including skin cancer, breast cancer, diabetes, Alzheimer's, colon cancer, depression, Parkinson's, liver cancer, oral cancer, endometrial cancer, and colon cancer.

There is no correlation between height and amount of caffeine consumed. If caffeine stunted your growth, then we would all be midgets, because even if you don't drink coffee, there can be a lot of caffeine in soda and tea! The only link between caffeine and body development is found in pregnant women. Drinking caffeine while pregnant has been linked to an increased risk of lower birth weight, but if you stick to 200mg of coffee or less (about two 8oz cups) a day, then you (and your child) should be fine.

Coffee can stain your teeth. Your tooth enamel has lots of microscopic cracks and ridges, and some of the dark colored pigments from drinks like coffee, tea, or soda can become embedded in those pits. However, there are lots of ways to minimize or combat these stains! Instead of sipping coffee throughout the day, try drinking it all at once, then washing out your mouth with water or brushing your teeth when you're done (which you should do anyway, because nobody wants coffee breath). You can also drink your coffee through a straw, which keeps the liquid away from the front of your teeth. There are also other at-home methods you can use to whiten your teeth if you don't want to drop a fortune on professional whitening.

Decaf doesn't equal totally caffeine-free. Studies show that decaf coffee still contains about 20 mg of caffeine (a regular cup has 95-200 mg). Drinking five to 10 cups of decaf will be about the same amount of caffeine as one to two cups of regular coffee.

Drinking coffee won't immediately boost your IQ, but it has been shown to help with memory recall. Studies show that caffeine increases the neuron firings in your brain and helps to improve cognitive function, alertness, accuracy, and memory. It also releases dopamine, the chemical that makes you happy!

Unless you're drinking coffee right before bedtime, it shouldn't have any effect on your sleep pattern. Your liver processes caffeine pretty fast, and roughly 75 percent of it will be flushed out of your system within four to seven hours. If you stop drinking coffee around late afternoon, it won't affect your ability to fall asleep.

Emmaline B
The Narrative
78889
https://unsplash.com/photos/O0T1SIgHAfM