My holiday weekend started like any other; in a panic 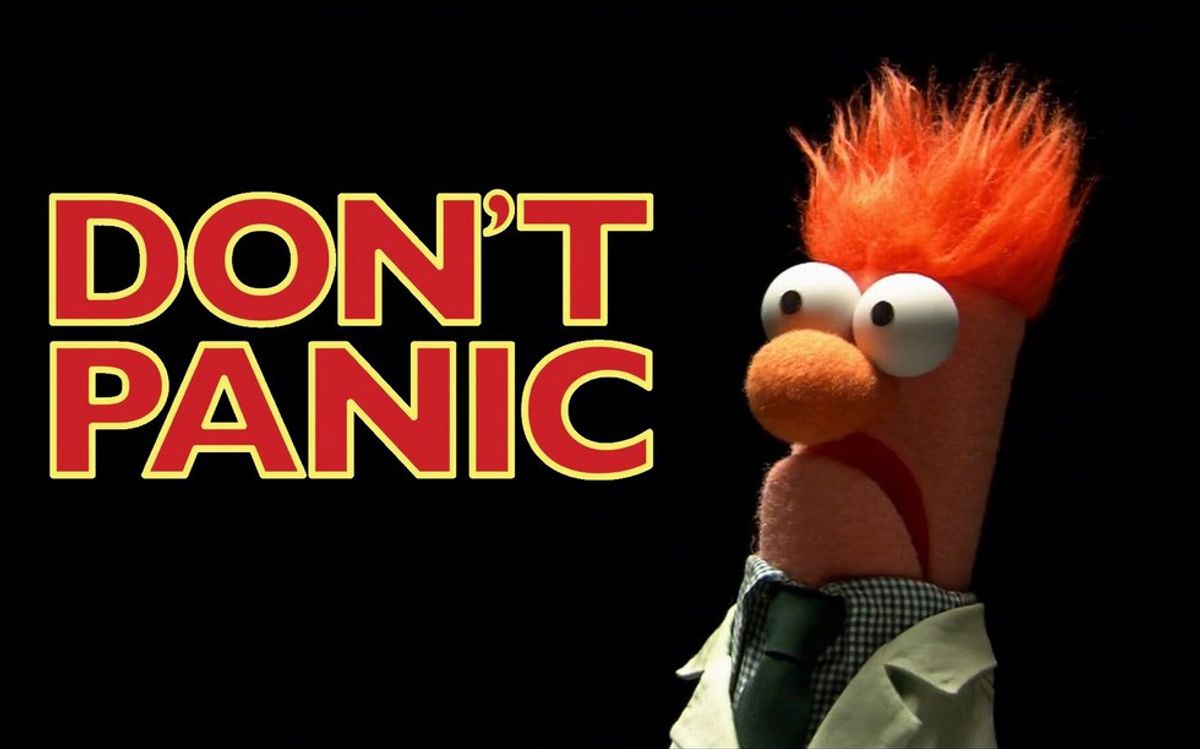 My thanksgiving weekend started like any other; in a panic.

It was 2:30 on Monday afternoon and I realized that I had not actually bought my train ticket home, like I had previously thought. Since Thanksgiving is notoriously a horrible time to travel, I was sure that I was doomed. I spent the majority of my afternoon calling my mother and asking around campus for a ride home. With my luck pretty much coming up empty, I was convinced that I'd be doomed to spend my Thanksgiving in my apartment, eating ramen. After yet another panicked phone call home, my mom convinced me to check Amtrak one more time to see if I can squeeze in somewhere. All I have to say is that someone must've been smiling down on me because I was able to get a ticket. Granted, it was about three times the rate of an average ticket and my wallet cried. But nevertheless, I was going to be able to get home.

Unfortunately, in my haste to go print out my ticket, I ended up tripping over my own feet and managed to fall on my face and twist one of my ankles... right in front of my academic advisor. Yeah.

After class, I ended up spending the remainder if my afternoon and night packing and then going over to my friend's apartment for a massive board game session. And while it was a great time and I spent the entire night laughing, I realized too late that it was nearly 1:30 and I had to be up to catch my train in less than four hours.

The next morning I woke up in yet another panic that I would be late to my train. I ran around the apartment trying to get all my crap together (and by some miracle, not waking up my roommates in the process) for about ten minutes only to figure out that I'd actually barely slept an hour and that I still had plenty of time; I could even go back to sleep... which is what I did until my phone started ringing. Again, I woke up in another panic when I saw that my ride to the bus station was outside and that I had overslept by about twenty minutes. Thankfully, I'd already packed in a delirious haze earlier or else I probably wouldn't have made it.

I ran outside in the bitter cold, bundled up in three sweaters, a flannel, a thermal shirt, and a windbreaker since my actual coat was in the basement of my parents' house. As it turns out, all those layers are still no match for the bitter cold mornings in southwest Virginia. And despite waking up twenty minutes late, my bus ended up being delayed. I'm pretty sure in those minutes, I managed to get frost bite. My one saving grace though throughout this whole ordeal is that one of my really good friends from school was also making the trip back home on the very same bus and train. In retrospect, I'm even more thankful that he was there because if he hadn't been, I may have slept through my bus and train stop.

Once we got on the bus, the trip began to finally run smoothly. And while I still managed to get home on time, there is a lesson to be learned here... always make sure that you buy you train tickets early.