Thoughts On The Halo 5 Firefight Beta 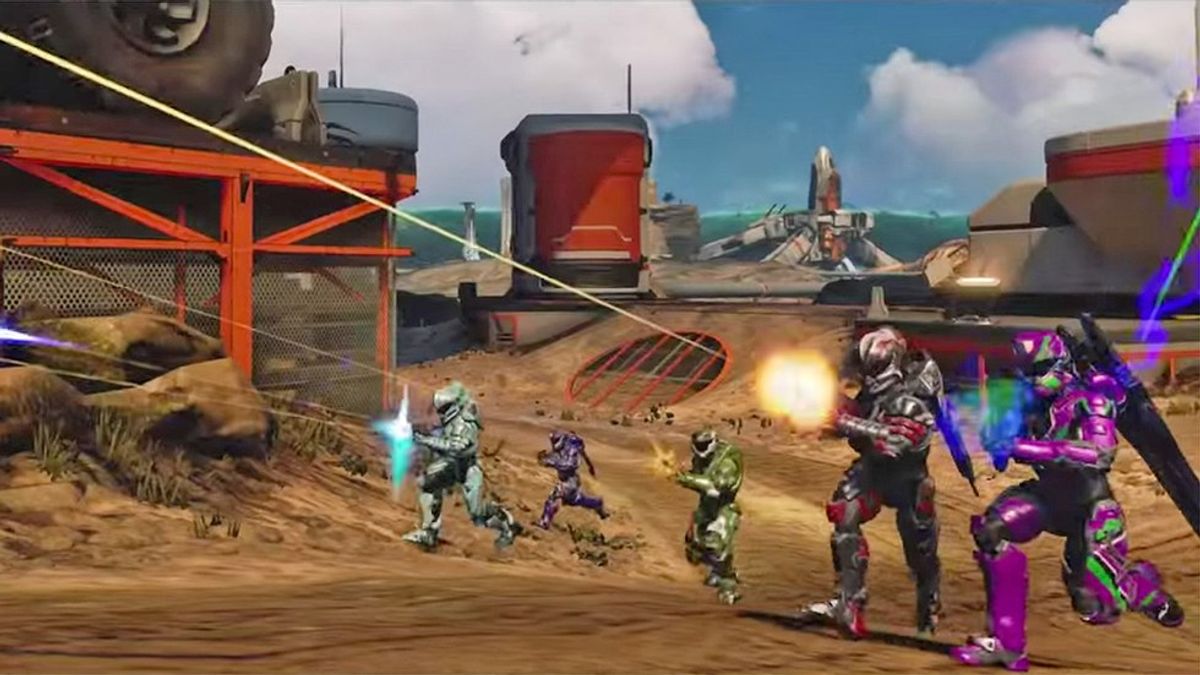 Over the past weekend, 343 treated its faithful "Halo" fans to a sneak peek at their take on the all too famous Firefight mode. We have not seen a dedicated mode such as this since "Halo: Reach," and from what I have experienced in the Beta, all I can say for now is that my impressions are mixed at best. The new mode definitely has a number of mechanics working in its favor, and the REQ system is integrated fairly well into how the mode works. Unfortunately, there are also plenty of blemishes in the Beta that certainly need to be addressed. Let’s get into the details.

What I liked most about the Beta was that 343 was definitely taking an interest in establishing their own unique iteration of Firefight, and it certainly does not play like Firefight from "Reach" or "ODST." For instance, instead of a life limit shared by a maximum of four players, up to eight Spartans have a five-minute timer for each of the five rounds of play. These rounds consist of random, specific objectives that must be completed or the mission will fail. Some of the objectives include eliminating a certain number of specific enemies like Jackals, Crawlers and even Phaeton gunships; others can be particularly rare and challenging such as defending a garage from invading Prometheans or eliminating three Wardens at once. This proves to be a great opportunity for players to finish up their enemy commendations and earn a few extra packs during the Beta. And speaking of REQ’s, the system obviously meshes well with the new mode, as I am certain the developers had intended. Players have plenty of time to fight their way up to the max REQ level and dish out their best ordnance against the Covenant and Prometheans. All in all, I believe the Beta was a solid foundation for the developers to refine and refurbish the final product based on player feedback.

This Beta was by no means perfect, and there were, in fact, plenty of issues that have to be addressed. I know I am not alone in saying that whenever the “Defend the Garage” objective sprang up, players would instantly moan at its arrival. To put things in perspective, the Spartans have to destroy 100 Prometheans, most of which could magically teleport inside the building, often right on top of players and catching them off guard. Within minutes, players could be forced between a rock and a hard place as at least half a dozen Knights perform a reappearing act and blast their faces off with Scattershots. The uphill battle only gets steeper for the Spartans as they are forced to re-spawn a considerable distance from the Garage they have to defend. Oh, and did I mention that the building is almost constantly guarded by Phaeton gunships that have no trouble decimating the player? So, we have an objective that has enemies teleporting inside it with specialty close-range weapons, a spawn system that works against the player, and a pair of uber-class enemies that feels more akin to Cerberus guarding the gate to the underworld. Sounds about fair, right?

My other chief concern is that the enemies were locked on Legendary difficulty, the most lethal state enemy AI can be in "Halo." A single Crawler can kill you if you're not paying attention or if you're having a bad day with your aim, and that is the weakest enemy in the game. Upwards of 100 enemies can appear in a round, and a single player can barely stand up to one well-armored enemy, even in the early stages. I think 343 needs to dial down the damage dealt by enemy AI that are not bosses or leader-class enemies, such as Knight Champions or Elite Generals. This will help make players feel less like cannon fodder and more like Spartans, and I feel it will also help appeal to the casual audience. Playing against other people in Warzone can get competitive, but sometimes players want to relax a little bit while they play the game, and I feel Firefight can fill this role if done correctly. Finally, part of me hopes that the player base may have a hand in customizing their Firefight experience much like how they could for "Halo: Reach." But unfortunately, this does seem unlikely at this juncture. Nevertheless, I look forward to when the final version of Firefight is released into the Warzone playlist in "Halo 5."

Nicole Marie Nigro
Individual Creator
8372
c1.staticflickr.com
Where to start...... Let me start with the cliche that life throws us curveballs and what we do with it is what counts.