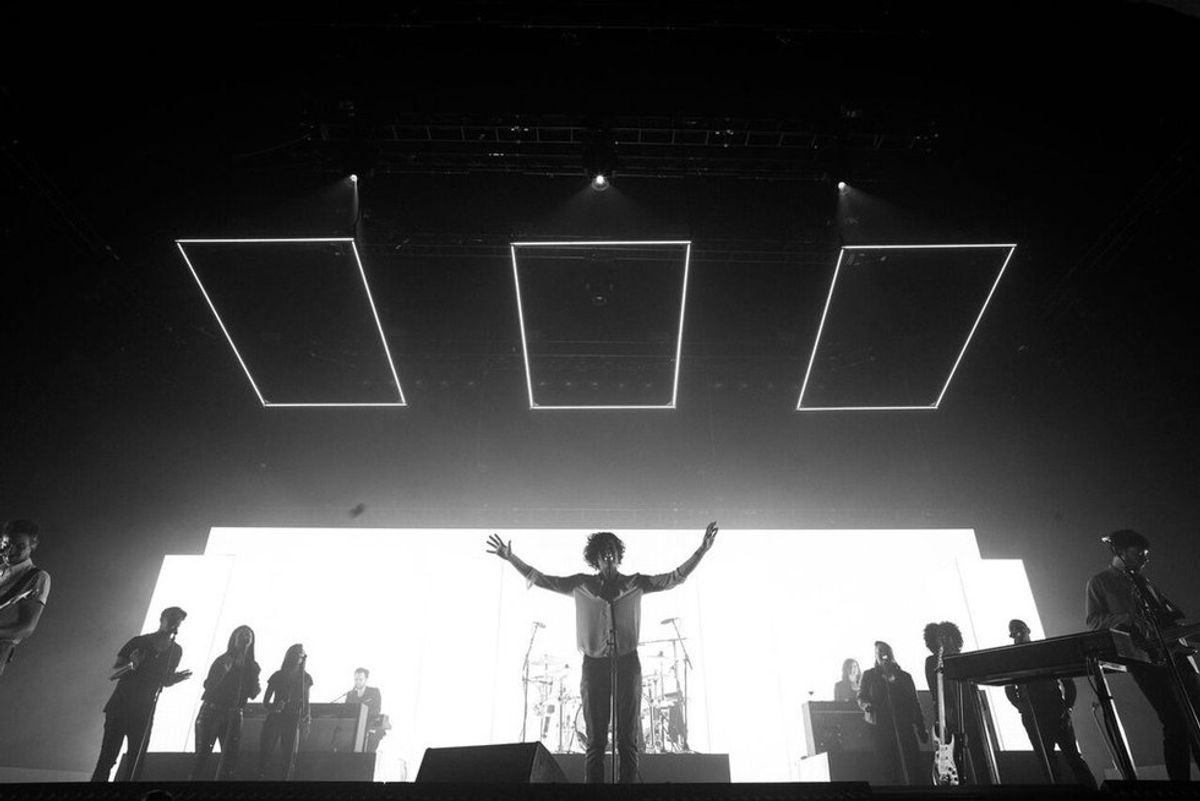 Well, 2016, is coming to a close and this is the time of year when everyone starts to rate or list their favorite movies, books, albums, etc.. of the year. So, I've decided to do that as well, but with my favorite bands/artists of 2016. There is no certain order in which they lie; my rules are that each band must have at least released an album or EP in 2016.

Kings of Leon is back and better than ever! These guys released an album a few months back titled, "WALLS" and boy it was a masterpiece. When I heard the first single released off the album, "Waste a Moment" I instantly fell in love with the song and became very excited for the release of "WALLS". I have always been a minor fan of Kings of Leon; I would hear things on when they released a new album or song, but it wasn't until 2016 when I really started to listen to them and enjoy their sound. Although, Kings of Leon has had a numerous amount of success in the past; I strongly believe that "WALLS" has been very underrated unless you are a true fan or if you're like me and the radio station you listen to really helped "sell" the album for you. From their normal, upbeat rock sound and low, raspy yet deep meaningful lyrics all the way to songs such as "Muchacho" that exhibit a Latin rock vibe and shows off a unique sound from the Kings of Leon. I listened to "WALLS" for a good three weeks in a row because I was so obsessed with it. Kings of Leon definitely deserved to be on this list.

2. Catfish and the Bottlemen

4. Nathaniel Rateliff and the Night Sweats

Nathaniel Rateliff and the Night Sweats recently released an EP in November. I'm sure you have seen me talk about these guys a lot and that's because they are amazing. Their blues rock sound is just the starting point to this incredible band. With Nathaniel's tenor vocals and the accompaniment of instruments such as electric guitar, bass, drums, and keyboard then add a horn section on top of that. These guys just want to make you dance until the sun rises the next morning. With releasing an 8 track EP to accommodate their debut album from 2015; Nathaniel Rateliff and the Night Sweats only made their fans happier. With more music it just means that we can listen to them even longer. Since first hearing their debut album last year, I have continued to listen to it at least once every few weeks. It's one of those albums that never gets old and with the addition of the EP; I am able to listen to them even more. I have been blessed with the opportunity recently to see them live and they definitely made my top 5 concerts that I have ever been too. It was hard to even think about not putting these guys on this list because they deserve it.

Before I reveal my last favorite band of 2016, I would like to mention a few others that I really enjoyed. I would also like to say that this has been by far a hard article to write because I have listened to so much music this year that no matter who I put on this list I knew I would still be a little upset by not putting another one on.

Other bands that I have enjoyed in 2016 are Kaleo, Jimmy Eat World, The Head and the Heart, Kiko Bun, Dawes, The Way Down Wanderers, Bastille, The Record Company, and The Strumbellas and much more.

The 1975 stunned the members of the indie rock world once again with "I like it when you sleep, for you are so beautiful yet so unaware of it" which was released in February. As one of the biggest and first albums released in 2016; I was worried on how well this album would be after The 1975's massive success after their debut album. I was, of course, surprised by how amazing this album is and how it's even better than their debut album. I was also worried that it would be forgotten since it came out so early in the year, but again I was wrong because I still hear people talk about it and I continue to listen to it every once in a while as it is a perfect record to listen to when in a sad mood or when you are tired st the end of the day and just need to lay down and relax. Over the past year, The 1975 has become one of my all-time favorite bands. When I look back at the past, I sometimes wonder what I would have done if I didn't have The 1975's music to listen to. 2016, has been a great year for The 1975 and I'm extremely happy for them. I hope that they continue to create amazing music and continue to show the world what they're all about.

As you can see my life mainly consists of music, music, and more music. 2016, only made my life even better as I had a fantastic year, but I had even better music to listen to during those stand-out moments. I hope all these bands continue to have success and continue to create music for the world to hear. I also hope you have enjoyed this article and continue to read into the new year as well as listening to some if not all of these bands.

Nicole Marie Nigro
Individual Creator
7337
c1.staticflickr.com
Where to start...... Let me start with the cliche that life throws us curveballs and what we do with it is what counts.