Couples who jam out together, stay together. 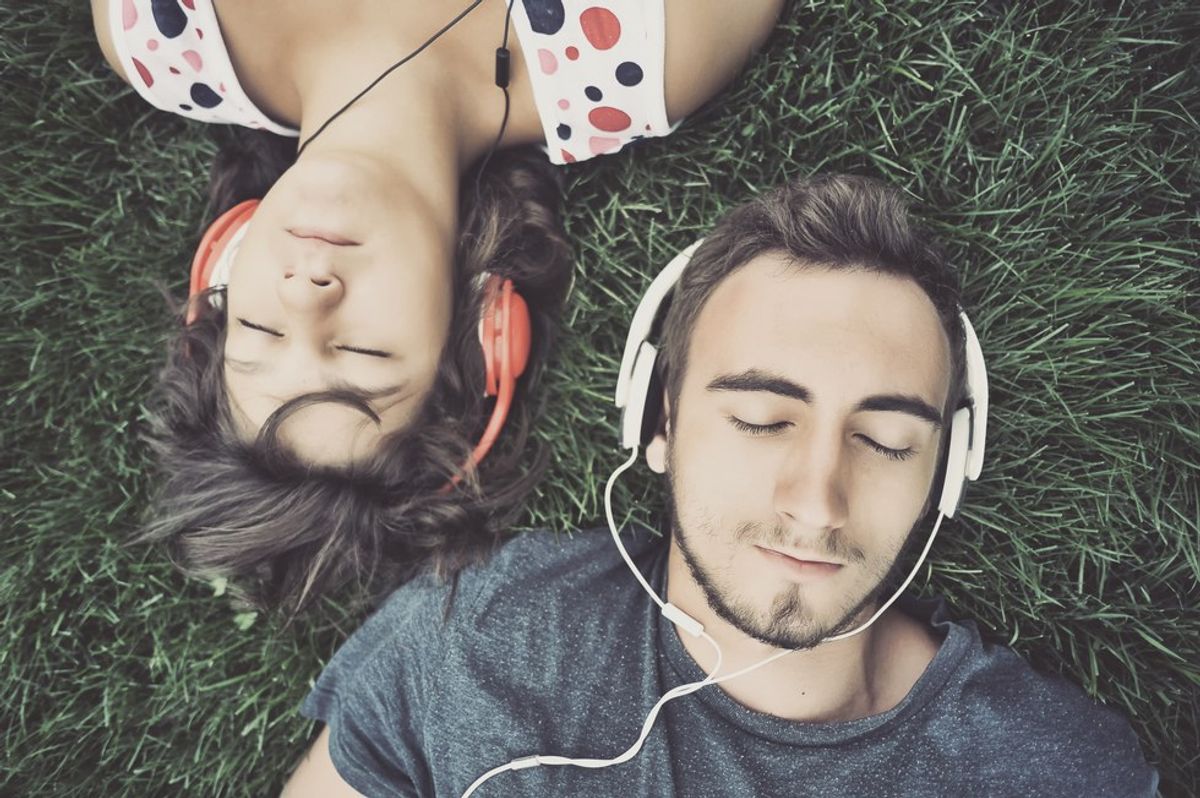 Generally, music taste says a lot about a person. Thus, for some folks (myself included), it’s an important factor when choosing our peers. I firmly believe that you are what you listen to, considering that for everything there is a song we turn to and reminisce about.

When meeting someone new, we ask about what music they listen to. If it resonates you, the bond between the two rises. Personally speaking, music taste is one of the most important factors in a relationship. Honesty, loyalty, communication and keeping the “spark” alive are just as important.

Being in a relationship with someone who loves music as much as I do (or more) is probably one of the highlights of my life so far because it's as soul meets body. Out of the many reasons I could list on why having a similar music taste matters in a relationship, here's a few for a head start:

1. You can sing your lungs out to your favorite song and they won’t judge you.

Instead, they will join by air drumming.

2. Gift giving is much easier.

No more awkward gifts that you’re not sure if they’ll like it or not because you know how much they wanted that special edition vinyl of their favorite band.

3. Making playlists for them is so much fun.

You know it's real once they make a playlist for you. Personally speaking, this is probably the most romantic gesture one can do.

Whenever Lane Boy plays on my phone, I look back to when I was a complete stranger to my boyfriend and we jammed to that song in his car in the middle of a traffic jam. In that moment I knew something good can work.

5. Neither of you is afraid of passing the aux cord to the other because you know you'll be listening to good tunes.

Of course, this depends on what you consider "good tunes”.

6. You don't have to talk the entire day.

No need for those "wyd?" short conversations. When out of topics, me and my boyfriend start singing and he plays the guitar; I feel like we're Us the Duo. In short: putting some music on the background avoids awkward silences.

7. There's a song that expresses how you feel better than you.

They will listen because they know how much it means to you and that you're unable to explain how exactly how you feel. Maybe that bass riff portrays your anger better than vocally ranting.

For that, and so much more, I believe couples that listen to the same music are the best kind of couples. Look at it this way: say you are a music fan (like myself) and you love enjoy country music, for example. You meet someone who hates country music. While you may have common interests, having that difference can stir things up. Meanwhile when you meet someone that feels about country the way you do, there is a special bond between you two. Whoever said opposites attract doesn't know what they're missing out on.