Mr. President, The Clock Is Ticking
Odyssey
CurrentlySwoonLifestyleHealth & WellnessStudent LifeContent InspirationEntertainmentPolitics and ActivismSportsAdulting
About usAdvertiseTermsPrivacyDMCAContact us
® 2023 ODYSSEY
Welcome back
Sign in to comment to your favorite stories, participate in your community and interact with your friends
or
LOG IN WITH FACEBOOK
No account? Create one
Start writing a post
Politics and Activism

Mr. President, The Clock Is Ticking

The president has been badly tone-deaf on issues of race this week. 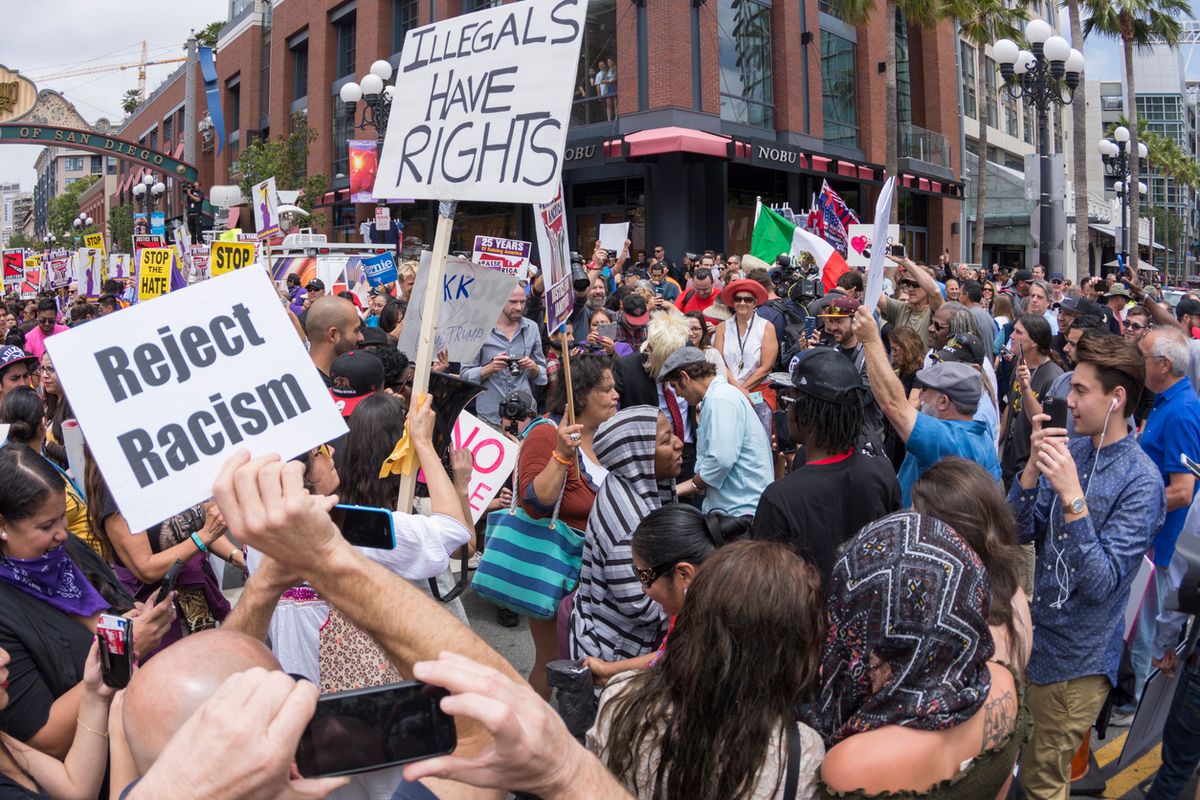 A week from now, I’ll be taking a position at the San Jose State University Institute for the Study of Sport, Society, and Social Change. And Mr. President, with your antics this week concerning NFL players and my Golden State Warriors exercising their First Amendment rights, I have a feeling my colleagues and I will have a lot to talk about when October rolls around.

A year ago this week I watched you debate Secretary Clinton in the first of your three disastrous presidential debate performances. You moaned about the nation's crime rate and gushed over introducing law and order into this country. That’s despite the fact that crime in this nation is lower than it’s been in decades, and the phrase “law and order” conjures up terrible law enforcement practices such as stop and frisk and countless acquittals of officers who were way off their line.

September must not be your biggest fan. Because it’s suffice to say since last September you’ve learned nothing when it comes to race relations, and more importantly, civility.

So let me spell it out for you again: Black men and women are far more likely to be pulled over than people who look like you. They’re more likely to live in poverty, and more likely to be killed by police than their white counterparts. When black athletes stand up and demand change, they’re not empty complaints. They’re things to get angry about. Things you use your sports pulpit to preach about.

That means when these “sons of bitches” raise grievances and beg you to fix their “inner cities,” you listen to them. You do something about it.

The Constitution you swore to protect on your inauguration day ensures the rights for individuals to peacefully assemble and disagree with you. And it protects the rights of people like me who write about you — the same people you’ve tried so hard to disparage.

What you haven’t yet realized, despite months in the highest office the land, and many more months on the trail campaigning for the presidency, is that you can’t be the superior in this office. Perhaps you’ve spent too much time bossing people around on The Apprentice. Or maybe that small loan you got that built your empire got to your head. But the pint is this: The American people are your boss. Not you.

And you’re subject to a peer review of your performance every four years. If we were to look at your peer review at this very moment, it doesn’t bode very well for you. The number one job of the president of the United States — before securing our infrastructure or destroying health care or reading your daily list of compliments hand-delivered to your desk — is protecting the American people. It’s the same mandate delivered to you and the 43 other Americans who held this sacred office before you.

And you’re failing at that too.

So pick up a newspaper. I promise you The New York Times isn’t as biased as you think. Read some statistics. Visit some cities in America and try not to be so pretentious when you go to them. You’re the president, not the guy with a monocle from Monopoly.

This October, the Golden State Warriors will hoist another banner to their rafters in honor of their 2017 championship. Although you won’t have the honor to host them before then, Mr. President, at least they’ll be hoisting a banner they can be proud of.

And the way things are going this month, I have a feeling October won’t be too good for you either. That is until you do something about it. The clock is ticking, Mr. President.