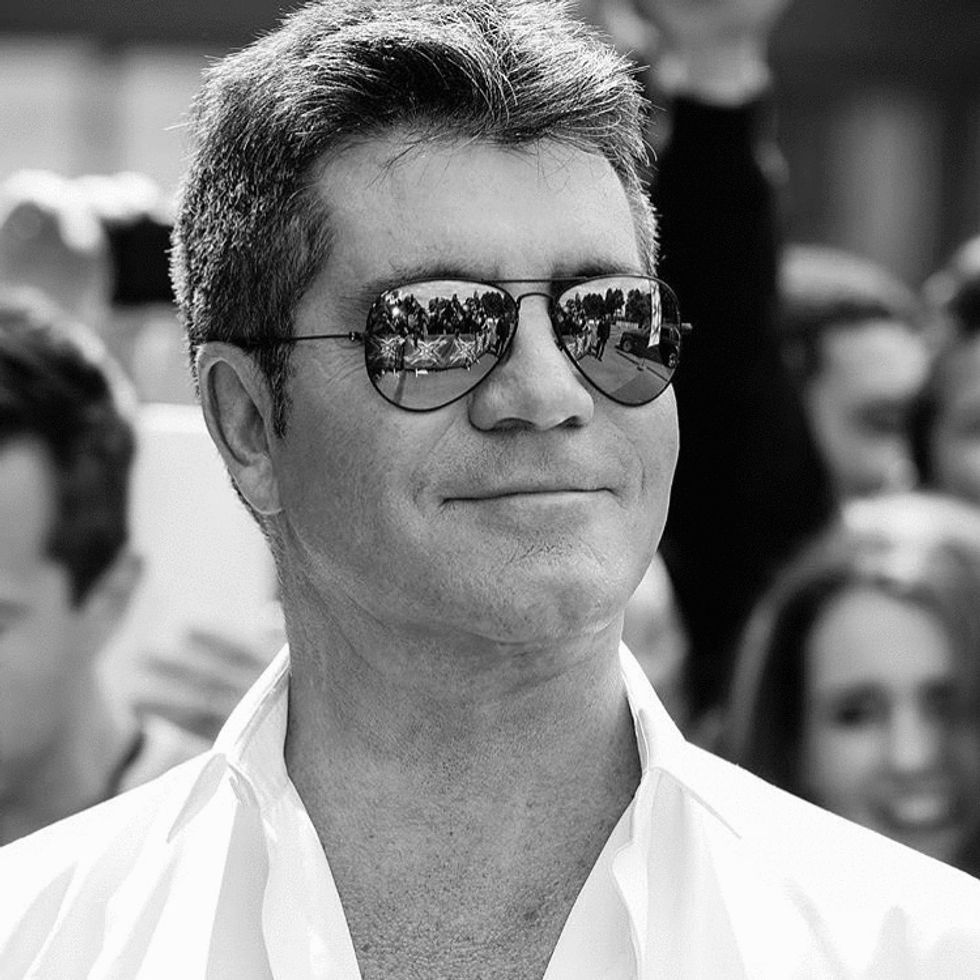 A man and a woman are standing on the sidewalk in Dayton, Ohio. She throws her purse and jacket on the concrete, raises both her arms and shouts. Her exact words are lost as they cross the street. It sounds like, "What the fuck are you looking at over there?"

Jordan is standing at the opposite corner, waiting for his signal to cross. Jordan is a tall, thin man, wearing a book bag. He looks young, but maybe not young enough to be wearing a book bag. It takes a moment for him to realize the woman is trying to communicate. It sounds like, "Excuse me."

Jordan turns away from the road and taps his foot while his eyes burn a hole in the traffic light. The shouting redirects. Now it sounds like, "You can go ahead and carry my shit today!"

The man picks up the woman's purse and jacket. He pauses before he stands back up. It sounds like, "Yes, ma'am."

Traffic stops and the signals change. Jordan crosses half the street in a walk and the other half in a jog. He's nine minutes late for his only day on the job. Two months prior, Jordan had been interviewed for a mysterious position as a one-day-only professional assistant in servitude to Mr. Simon Cowell. Jordan may have, at one point, asked himself, "What could American Idol's Simon Cowell be doing that requires one-day-only professional assistance?"

He may have also asked, "What is he even doing in Ohio?"

He may have said, "I don't know, this seems a little unrealistic."

But now, Jordan is late.

Simon is reclining in his chair behind the desk of his 16th-floor corner office in Kettering Tower. His feet are elevated. A college student in a Burberry suit feeds him potato chips out of an ornamental glass bowl like he's Caesar. Simon's feet knock over a giant plastic cup of Coca-Cola that sits on his desk.

Simon lifts his legs and the soda runs off the table and onto the carpet. Curtis does not let Simon know who it was that spilled the Coca-Cola in the first place. Instead, he takes three sharp inhales through his permanently congested face. His hand flies to the Sony hands-free technology in his left ear. His voice is painful.

"Sheila? Sheila! Where the fuck is Sheila? This is my ass-"

Curtis rushes out of Simon's office, opening the door with a well-executed sumo technique. Simon stands and casually walks over to the makeshift office bar that had formerly been a copy machine. His cocktail is equal parts warm Coca-Cola and gin. No ice. Finally alone, Simon speaks.

"What are you going to sing?" he asks himself.

"Thank you very much…"

There's a knock on the door and a buzz on his intercom: "Mr. Cowell, your P.A. is here."

"It's not your fault, Sheila."

The door swings open, revealing a skinny boy with a long face. He's wearing a book bag. The boy puts out his arm to shake Simon's hand.

Jordan leaves his hand in the air between himself and his new boss for an eternity before realizing the shake isn't happening. Simon Cowell looks even better in person. And he still uses a Blackberry.

"Horrendous. Absolutely horrendous. It's a no from me, obviously," he says. He's reading something but seems vaguely aware of his assistant's presence.

"Not you, moron. Bono and Timberlake want to develop an online streaming platform that takes the power to provide music out of the hands of obsolete record companies and back into the hands of actual artists. Horrendous. Musicians think what they do is so valuable. You know what's valuable? A movie career for Harry Styles, that's what's valuable! You can't replace that with Steven Tyler!"

"Do you know shorthand?" he asks.

Jordan scratches his nose. He hadn't quite read the listing requirements much further than "Bachelor's Degree."

Simon walks over to his copy-making liquor cabinet and pours himself another.

"I need you to come with me to an important meeting," he says. He gestures towards Jordan, offering him a drink.

Simon turns away from the copier and thrusts a warm glass into Jordan's hands. Jordan feels Simon place an arm on his shoulder in a sign of mock encouragement. In this awkward moment of masculine solace, they both take a drink. The cocktail is warm and sticky. Jordan assumes it must be a distinguished liqueur. He takes a long drink, a welcome ointment for his nerves. Simon looks into Jordan's eyes, memorizing the shade of his blue eyes.

"Listen, Jordan. I have selected you for your discretion. This meeting is the beginning of the culmination of the crown jewel of my illustrious career."

"I've brought you here today so that my achievement may be chronicled with the likes of Julius Caesar and Charles Chaplin."

Simon is now behind his desk, looking out the window as he twirls the remainder of his warm Coca-Cola and gin. He pauses to let the weight of his words resonate with the audience at home.

"I'll be needing all the material you can write. This is my memoir, George. My legacy. Just for today, of course. No reason to use the same artist for the verse and the chorus. Do you know what I mean?"

Pat strides across the ground floor lobby of Kettering Tower. There's a sweat spot resembling two footballs squeezed together on the ass of her suit pants. She's only eleven minutes early for her crucial meeting. Crucial meetings are not generally incorporated in Patricia's agenda. Her Thursday afternoons are reserved for sifting through marketing copy for several hundred car dealerships in Ohio, Indiana, and Kentucky. The chance to make a bigtime pitch to a celebrity investor is once in a lifetime.

She dives into the crowded elevator, redundantly pushing the illuminated button for the 16th-floor. There's like nine other people in the freaking elevator. One of these people is a tall guy wearing a bookbag. It would be polite of him to take that off so we can get a little breathing room, she thinks. He notices her and smiles.

"I love crowded elevators," he says.

She wonders if elevators move slower when fully occupied.

"Up to anything good?" he asks her.

"I'm just presenting a little idea I've been working on is all."

"Then let's have your elevator pitch! How appropriate, huh?"

He seems too self-satisfied with pointing out the irony, but she decides she might humor him.

"Well, it's very complicated. I'm not sure if I can dumb it down for you."

"Fine," she begins, "So you know how in Westworld they have robots that are exactly like real people?"

"We take the robots and make them into American musicians! Then, we build a park! Right here in Dayton, Ohio. We name it after something in California. People all over the world will come to see Elvis Presley and Marilyn Monroe! And…"

Pat's excited smile becomes a self-conscious frown as she searches for another example.

"How about Bono?" he offers.

"Bono? He's Irish!" she laughs, relieved that her elevator companion might not find her completely deranged. She starts to feel the blood in her face get warm.

"I don't know about all the details, but that sounds like a great story!"

"You'll never guess who I'm ghostwriting for," he interrupts her. "I can't believe you didn't notice right away. Simon!"

A grumpy-looking British man sighs and rolls his eyes as the doors open to the 16th-floor.