My Mother And I Share A Fear Of Heights, But Even When She Was Scared, She Would Never Let Me Fall

My Mother And I Share A Fear Of Heights, But Even When She Was Scared, She Would Never Let Me Fall

Going anywhere with me that involved heights, even if she was scared, she never let me fall. 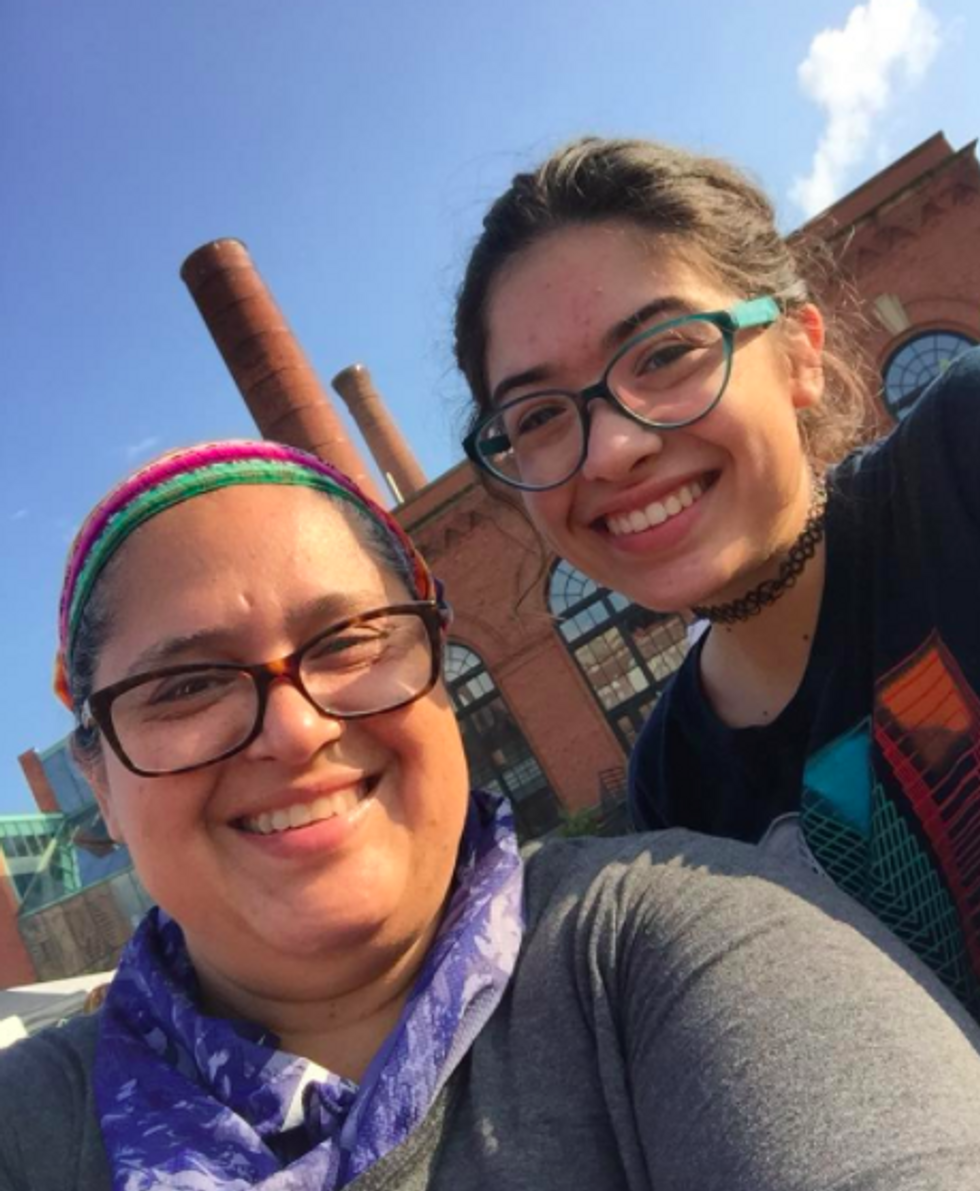 When I was a little girl, I used to be terrified of the stairs in my grandmother's house. They were the kind that twisted round a pole, with each step almost overlapping the other. The dark metal steps were tucked away in a corner in the kitchen, twisting and winding themselves up to the second floor and disappearing through a large hole in the ceiling. Each step was shaped like a wedge, almost a perfect triangle of metal and rough carpet.

In my little girl brain, yet unable to determine distance, I felt that each step was about a foot above the next, making it far too easy for a skinny thing like myself to slip and fall right through. That was my fear every time I had to climb those stairs. Even with a thin rail snaking its way up, I needed to hold someone's hand, or simply climb up the stairs on all fours to ensure I wouldn't fall through and end up cracked on the kitchen floor. Still, the ordeal was always worth it. The dangerous trek up the spiral staircase was always rewarded with a fashion show in my younger cousin's room or a cold shower after a long day in the Coatzacoalcos heat.

But going up wasn't hard. It was the coming down that was truly terrifying. I would have dreams that one day I'd slip through the hole in the ground and fall, bouncing on every triangle shaped step on my way down. Going down, it was impossible to go on all fours, unless I wanted to risk the chances of descending backwards. Instead, I would wait until my mother or grandmother would squeeze my hand and carefully take me down the steps. My grandmother, also named Ana, would scold me as we walked down. "You're going too quickly, ten cuidado o te vas a caer!" It was never harsh though, the scolding. Just a force of habit, really, as Ana Emilia had done the same with her own daughter.

When Mariana Guadalupe Buces Beaumont was a little girl, she developed a terrible fear of heights. She lived on the third floor of a housing complex in Coatzacoalcos. The only stairs led straight down to an open space in the center of the building where all the children could be found playing. My mother never played with the children, though, because she could never bring herself to make it down the stairs.

The stairs in question trailed along the walls, rigidly making their way down to the ground floor. They were a dark metal, with large slats in between each step. And on the side not attached to the wall, there were no railings. Mariana was not allowed to go down those stairs without clinging to her mother's hand. Not that she really wanted to anyways; she was certain one slip would land her dead on the pavement, and playing with the other children didn't seem like that great of a reward.

Her mother, Ana Emilia, came from Xalapa, the capital city of Veracruz. And compared to the poorer women of the port city the family now resided in, Ana Emilia was viewed as nothing more than a stuck up, high class lady who went to church everyday. Stuck up and high class, she was not, but the neighbor women were correct about the frequent churchgoing. As it turns out, the more you go to church, the less your neighbors like you.

So as children are likely to do, they picked up the habits of their mothers and teased and tormented the four year old girl.
But Mariana Guadalupe Buces Beaumont was not raised to be weak. Her mother told her to take the high road, ignore the children and play on her own. "Do not stoop to their level," a phrase she would remind her own headstrong daughter in the years to come. "Be the bigger person."

But as I like to tell her, "I am 5 feet tall, I will never be the bigger person in any situation." My mother is stubborn, and I think it bothers her sometimes that I inherited that same stubbornness. I've not yet learned to harness it, whereas it seems my mother has always known which battles to fight (and who to beat up when necessary). But me? It's been nearly 21 years and I still haven't learned how to pick my battles.

I inherited a lot more than her stubbornness, though. She passed down her competitive streak, a trait I was once told was frightening (which I took as a compliment). I didn't get her dancing skills, but I got her creativity, her ability to make anything beautiful. I inherited her constant desire to be right about everything, which makes for quite the high noon stand-offs at home when we feel we're correct and the other is wrong. I got her face too; at least the bottom half. My smile is hers. And aside from my eyebrows (which are incredible, thank you Dad), my smile is my favorite part of my face.

I share her fear of heights too. It wasn't until years later, when the iron stairs were just a memory that my mom told me a secret. Going down those stairs with me, or going with me anywhere that involved heights, she was never scared. She knew I was and she was too worried about me to be scared. A lot has happened in the last 21 years with us. But throughout that whole time, even if she was scared, she never let me fall.