11 Of The Most Infuriating TV Characters

11 Of The Most Infuriating TV Characters

There are just some characters you love to hate. 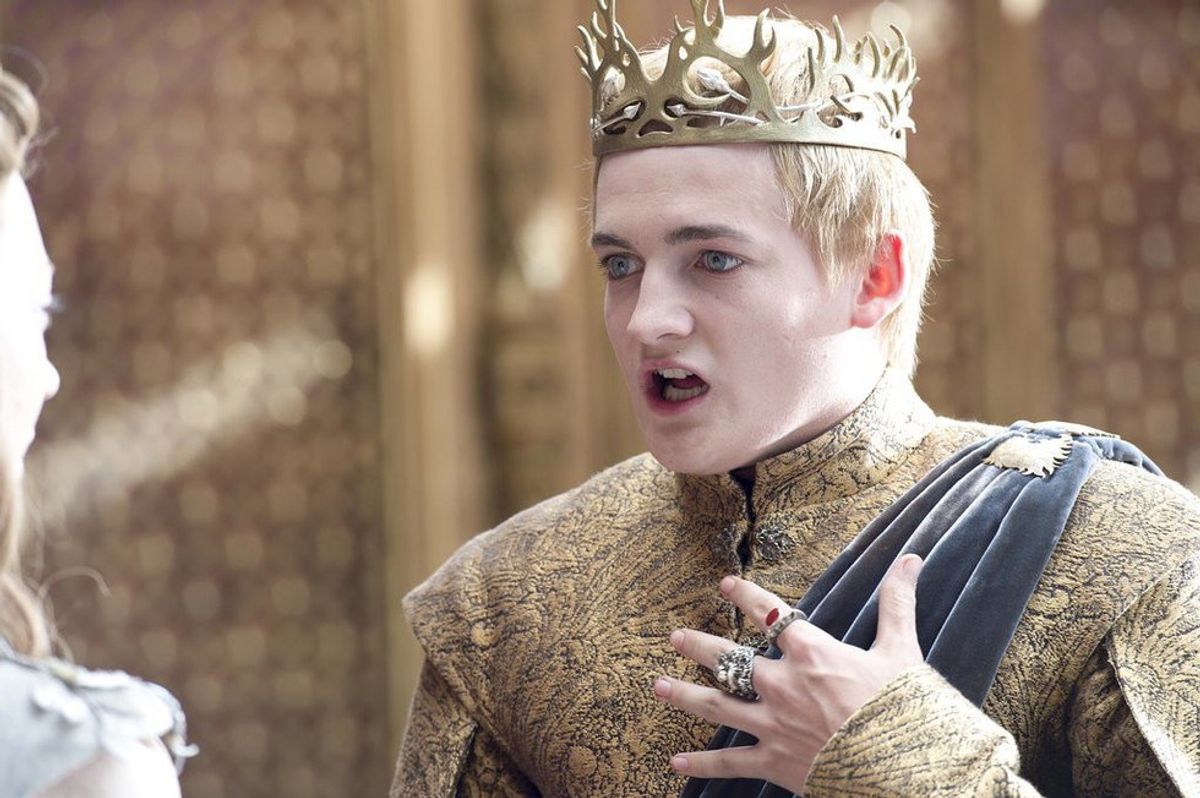 Who knew that this character could spark so much hatred within me. There are several reasons that Lori is a terrible character, but mainly she just has atrocious decision making skills. Some might disagree with me, but her poorest decision was jumping on Shane as soon as she thought Rick was dead.

Fate: Death by childbirth, then shot in the head by Carl

This character is arguably the most hated character in television of all time. From the very first episode, you just knew that this character was going to cause more than just mischief. He is arrogant, cowardly, cruel, murderous and a pathological liar. Need I say more?

Some may disagree with this character being one of the most loathed (my sister included). Nothing is wrong with April, except she is one of the most annoying character to appear on Grey's. She appears very whiny and insecure in every aspect of her life. I prefer Jackson Avery without his lady counterpart.

Fate: Alive and annoying as ever

Don't even get me started on Terri Schuester. She is emotionally stuck in high school, manipulative and will stop at nothing to keep her marriage from falling apart. She faked a pregnancy to keep Will from leaving her showing that she is truly mentally unstable.

Fate: Divorced from Will and pursuing a career at Sheets 'N Things

You know a character is bad when you stop watching a show entirely because you cannot stand them. [Not to mention when the actress has to write a piece in the NYT defending her character] Any spouse would be concerned when their significant other hides a cancer diagnosis, won't seek treatment, and has unexplained absences. BUT, Skyler takes it to a whole new level and their relationship becomes strained. Could be the age difference....who knows?

Fate: Alive with an [ex] husband on the run

Don't get me wrong, I loved How I Met Your Mother...until it took almost 10 years for Ted to find his soulmate. If it wasn't for the excessive amount of time I spent watching this show [and my love for Barney and Marshall], I would have dropped it long before the last season. Ted claims to be looking for love, but continually uses Barney's schemes and tactics to score women. Having two ex-fiances, and several psychotic ex-girlfriends would have been a red flag for me. Can you say desperate?

"You just got Jammed!" is the classic catchphrase of this character whenever he one-ups his opponent. This character does everything in his power to ruin Leslie's plans and just straight up annoy her. Using her private bathroom, arguing with her regarding proposals, and only voting 'yes' during a city council vote if she gives him what he wants. Although this characteristics my patience, "Parks and Rec" wouldn't be the same without him.

First of all, any guy who has an obsession with Lori Grimes is going to be a problem. Second, despite strong combat abilities and leadership skills, he is a morally unstable man. Always arguing with other characters, betraying his best friend and partner and leaving behind his morals [guilt, remorse] in the apocalyptic world makes him a character we can't help but despise.

Jean-Ralphio is quite the character. He is entertaining because he sings most lines, speaks in slang and is friends with Tom. Although he is entertaining, he is extremely cocky, unreliable and flaky. Tom and Jean-Ralphio try multiple times to start a business together, but it always turns out badly. I can tolerate this character in small doses.

Rafi is the most outrageous character on The League, or on any tv show ever. He is pervert, a terrible houseguest and a complete psychopath. Not to mention he is completely unaware of how terribly disgusting he is. He might get on my nerves and I loathe his personality traits at time, but the show wouldn't be the same without him.

I couldn't make a list about the most loathed TV characters of all time without including Caillou. He attempts to do multiple things, fails and then throws a temper tantrum. Remember the episode where he tried to play baseball? Well he couldn't so he started crying a gave up. What kind of example is that for young children?