We all have a different set of morals, but they’re all connected to the one true moral law to live by, which is the Ten Commandments. 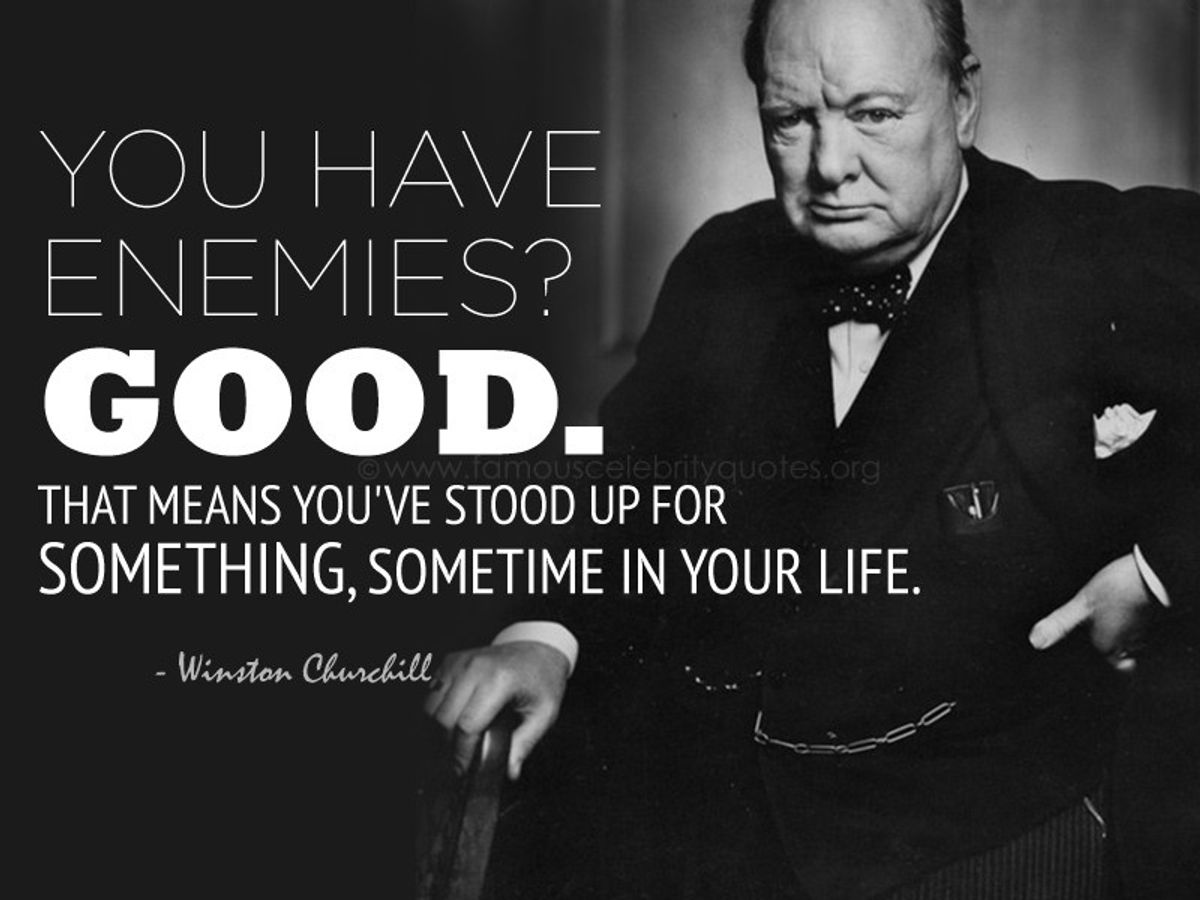 What is the exact definition of moral? According to Google it is this:

A person’s standards of behavior or beliefs concerning what is and is not acceptable for them to do.

Where do morals come from? Who created the moral law/code that we live by? How do we distinguish what is right from wrong?

The answer is very simple. It’s the Ten Commandments. Period. The Ten Commandments were written over 2,000 years ago, and they still affect our lives to this day. I don’t care if you’re atheist, agnostic, Christian, Muslim, Catholic, Hindu, or Buddhist. What’s the one thing that we can all agree on? We can agree that there are certain rights and wrongs in this world. If there weren’t, then the world would be absolute chaos.

Have you ever asked yourself “Why is murder wrong?” You haven’t? Good, because now I’m asking you to think about that question. You’re probably thinking “murder is wrong because it’s wrong to take somebody else’s life for no reason” and you’re exactly right. But, who told you that murder was wrong? Were you born with that thought or is there some divine and omnipotent being that told you it was wrong? The answer is there is some divine and omnipotent being that told us it was wrong.

If the entire world population was reduced to 100 people and you had to build a society and repopulate the world, where would you start? You’d have to start with rules, right? You would need guidelines by which the people in that society have to live by. But, after you came up with the rules of which people should live by, you know that there would be somebody who would say “Who is this guy? Why do I have to live by the rules he came up with? I’m gonna live however I want because I’m my own person, and I live on my own terms.” You see, the problem with coming up with rules ourselves is that they are given by human authority. There’s no chain of command in the new found world you have just been assigned to take care of. Therefore anybody could come up with their own rules of living and live by them because nobody is in charge of the society. That’s a HUGE problem.

In Dennis Prager’s book “The Ten Commandments” he writes this:

“Okay, so why is God indispensable (meaning absolutely necessary) to the Ten Commandments? Because, to put it as directly as possible, if it isn’t God who declares murder wrong, murder isn’t wrong. Yes, this strikes many people today as incomprehensible, even absurd. Many of you are thinking, “Is this guy saying you can’t be a good person if you don’t believe in God?” Let me respond as clearly as possible: I am not saying that. Of course there are good people who don’t believe in God, just as there are bad people who do. And many of you are also thinking, “I believe murder is wrong. I don’t need God to tell me.” Now that response is only half true. I have no doubt that if you’re an atheist and you say you believe murder is wrong, you believe murder is wrong. But, forgive me, you do need God to tell you. We all need God to tell us. You see, even if you figured out murder is wrong on your own, without God and the Ten Commandments, how do you know it’s wrong? Not believe it’s wrong, I mean know it’s wrong? The fact is that you can’t. Because without God, right and wrong are just personal beliefs. Personal opinions. I think shoplifting is okay, you don’t. Unless there is a God, all morality is just opinion and belief. And virtually every atheist philosopher has acknowledged this.”

Did you catch all of that? If not, read it one more time and then continue.

The world we live in today is corrupt. It’s becoming increasingly corrupt because we know the difference between right and wrong, yet more and more people aren’t doing what is right. This is evident with people who are in power. Look at our government. Politics is filled with destruction of this moral law that God has so beautifully designed to protect His greatest creation. People who are in power aren’t looking out for the mass population. They look out for themselves and special interest. I don’t want to get too political on this topic because it’s not meant to be that way.

Alright, we recognized the problem. What’s the solution? What can we do about it? We must choose to do the right thing on a daily basis. I know that this is a lot harder than it sounds, but it is adament if we want to fix the problem. We, as a people, must chase perfection. None of us are perfect in this world, but if we chase perfection I promise you we can catch excellence.

You see, every single one of us has certain morals and beliefs that we live by. However, we’re violating our morals more than we are standing up for them. I saw this quote on a poster in my dad’s classroom one time, and it said this, “Stand up for what you believe in, even if it means that you have to stand alone.” When we sacrifice what we believe in because we want to “fit in", we indirectly affect, not just ourselves, but the people around us. We all have a different set of morals, but they’re all connected to the one true moral law to live by, which is the Ten Commandments.

IT IS OKAY TO MESS UP! I don’t want you to think that you have to walk on eggshells and do absolutely nothing wrong. We’re human beings, and we’re going to mess up every single day. What I’m saying is, LEARN from the bad and SMILE for the good.

Don’t sacrifice what you believe in so that you can receive some reward. I promise you that people will respect you and be more attracted to you if you stand up for what you believe in during times of controversy. Honestly, more people will start to stand with you if you stand up first, because they, too, are thinking the same exact thing. But, they don’t want to look “uncool” unless somebody else is there with them. Take that stand. Be courageous. We need more people like that in this world. I’ll be the first to stand. Will you stand with me?