There is more to the Academy Award winning movie than just its plot! 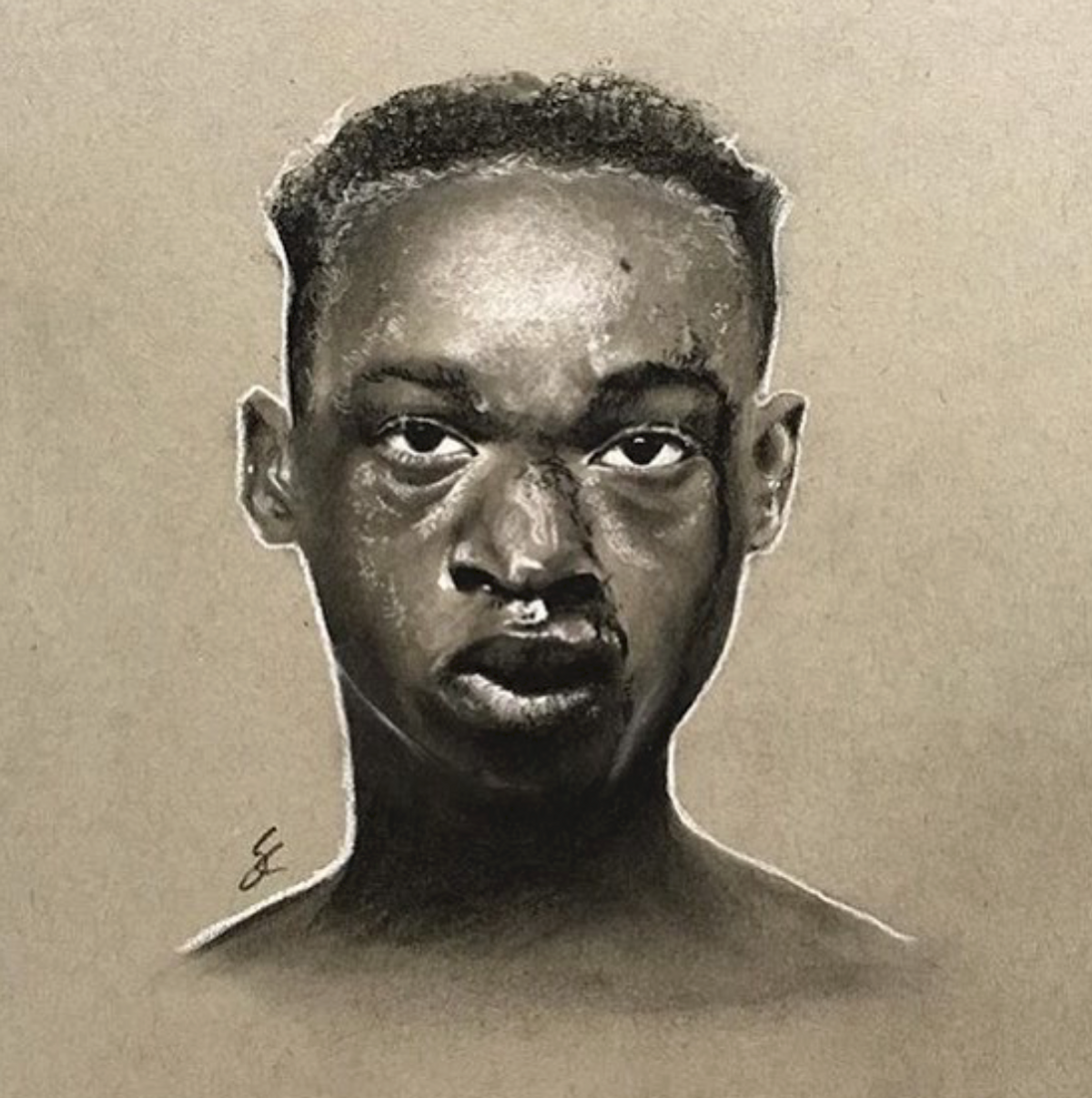 Moonlight doesn't just look and sound great. There is a greater meaning to all the seemingly unimportant saturation of colors and camera angles.

Cinematographer James Laxton shot every scene in Moonlight with clear purpose; to capture and express Chiron’s inner world from moment to moment. Many critics view Laxton’s cinematography as visual poetry, through his use of techniques to further tell a sophisticated story. It is through these very techniques that

James Laxton encapsulated thousands into this new expectation as to how exactly stories should be told...

The baptism scene illustrates a swimming lesson between Juan and Little in the ocean. It is said that this scene was originally intended to be six hours to fully capture this scene but due to a storm’s untimely passing it was done within 90 minutes.

Although this put a damper in the intended shot and imposed several challenged on a technical level, you can gradually see the sky become progressively more gray and cloudy which unintentionally supported what exactly was occurring emotionally with the characters.

This was not the only challenge that Laxton faced while filming this scene. Laxton recalls his experience, “carrying a 200 pound underwater housing with the camera inside and wrestling the tide trying to make sure [they] were at the right height to see the performances above water” to be difficult.

This challenge arose regarding safety precautions that were in place for the actors; with Mahershala Ali having the water hit just above his waist and for the boy to be able to stand up as well without being submerged entirely by the curling and crashing waves.

Although it posed a challenge, this scene served to be a crucial moment in the film; this initiation of Little into this new part of himself.

The low immersive camera is combined with this authentic fluid motion that gives the audience the sensation that we are immersed within this endless horizon of water, much like Little, thus enabling the audience to experience Chiron's baptism as he does himself.

This scene utilized Miami’s natural lighting (that would be later touched in editing) which is said to do wonderful things to one’s skin and kinder due to the humidity and moisture in the air.

The scene in which Chiron comes face to face with his largest enemy (himself) through a clean glass mirror serves as an interesting shot for cinematographers and audiences. One shot is taken as Chiron and the other as Black (playing into teenager vs adult) .

What makes these scenes so alluring is the use of flickering light in both shots.

In an interview regarding his choices of shots Laxton explained that the light flickering scene caused a pit of trouble for, “our gaffer had to add a flicker box to the light because we had such a hard time finding a frame rate and shutter angle that would get the right kind of flicker and the right amount of flicker that we were looking for.”

The reason for using the flicker box was here applied to a fluorescent light, instead of its usual occupation which produces lighting effects. This scene is much more than the light fixture, however, but also the engrossed colors that illuminated the shots. The location of teenage Chiron provided the audience with this darkness and grotesque feel due to the green tone of his bathroom. This tint was not done for pure aesthetic necessarily, but to speak to the emotional state that Chiron was experiencing.

In addition to the colors, the slow motion enhancement of the camera movements capture this violence and heartache that burdens his day to day life.

When he washes off his bloodied face he is simultaneously washing away the old Chiron, thereby ushering the audience into the third chapter in which we see a parallel to the bathroom scene, only now with Black. The bathroom walls that encapsulate Black are pigmented with this blue light which in turn illustrates his hardened feelings this far in the performance.

Unlike the ugliness that was showcased with the green walls with Chiron, the blue light emphasizes this cold feeling that represents that moment in his life emotionally. Such contrast between the two preceding scenes represent this aggression of Chiron's mental state....

When in the first act, Little’s mom, Paula, is saturated with pink light whist she yells at her son. This notion of being bathed in a primarily pink environment as she screeches away at Chiron was very much a necessity for it reveals a different side to her and insight to a different aspect of her life.

This scene is very heavy, for it consists of a broken mother who both possess a degree of love,fear, and hatred behind her tired eyes.

As the cinematographer, Laxton explained that in order to strengthen the emotional value of this performance he was required to, “ create some soft, overhead dramatic lighting with accents of color, one of those being the pink light in the background behind the character Paula.”

In by doing so Laxton was able to deliver an image that matched the strength of the performance by infusing the dramatic scene with a pop of color, often associated with beauty, which in turn allowed for a map of understanding with respect to who Paula is as a character and why her full existence is essential.

This scene contains no spoken dialect from either character, although the scene solely consists of an angry yelling sequence from mother to son. Rather, there is classical music playing which allows himself to disconnect from his external reality, for the music that often plays is a direct signifying factor of his inner self.

This varies from other traditional narratives/trajectory of an African American struggling with his inner self and his external environment.

In contrast from other movies about poverty that mostly is accompanied by jarring noises and severity, Moonlight’s soundtrack consists of beautiful melodies that are created with a number of violins, cellos, violas, and basses that are constantly being filtered through Chiron’s perspective. This artistic music rising out of Chiron is almost not what the audience expects just as the soundtrack is to the movie.

Imagine an animal circling its prey...this is exactly what inspired the opening moments of the knockout scene. Many circular shots are filmed with the intention of creating this facade of being accepted or with the in-group. This circular shot encapsulates the Chiron’s teenage bully Tell as he initiates a game of knockout as he directs Kevin to punch Chiron.

This scene was ultimately made to showcase a number of things for a number of characters.

For one, this scene accomplishes this visual confirmation of the weakness that Kevin holds due to his closeted insecurities. The same weakness is shown to immobilize Chiron, however, his ability to remain static throughout the situation represents some degree of mental toughness that was unseen before this scene.

The use of the circular motion is used to provoke a specific pressure, especially that in which comes from the in-group. This shot of Tyrell is menacing, adding a dizzy effect due to the erratic spinning of the camera which is the direct result of the audience feeling a sense of uncertainty; uneasy about how this situation will play out. It is important to remember that this scene was after Kevin touched Chiron both physically and emotionally.

Because of this, there is a strange degree of sensuality evoked in the moments prior to the violent triumph, this olds true to the close-ups of both Kevin and Chiron who hold a heavy unsaid connection.