How Much Money Does Pumpkin Spice Really Bring In?
Odyssey
CurrentlySwoonLifestyleHealth & WellnessStudent LifeContent InspirationEntertainmentPolitics and ActivismSportsAdulting
About usAdvertiseTermsPrivacyDMCAContact us
® 2023 ODYSSEY
Welcome back
Sign in to comment to your favorite stories, participate in your community and interact with your friends
or
LOG IN WITH FACEBOOK
No account? Create one
Start writing a post
Lifestyle

How Much Money Does Pumpkin Spice Really Bring In? 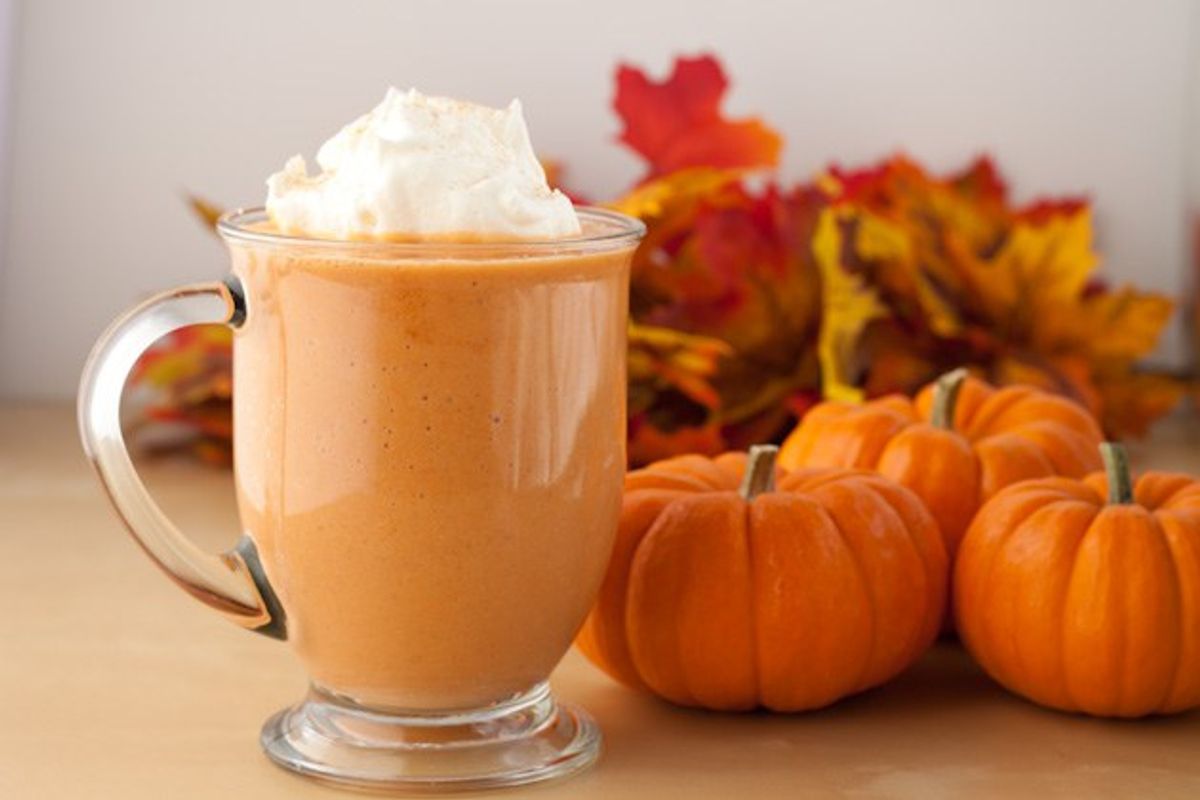 During fall, everything that can be offered in pumpkin-flavored or pumpkin-spiced, even if it doesn't make sense. It is hard to find a place that does not sell pumpkin-flavored products. That is what our generation is contributing to the nation. We love it and buy it. A lot of it. Pumpkin spice has been receiving a lot of flack for attacking every aisle of the grocery store, but why are these companies making so many pumpkin-flavored products? Because they sell. They are simply taking advantage of the pumpkin craze. During fall, you can bet my bedroom smells like a pumpkin 24/7, and there's probably some pumpkin spice creamer in my coffee. Here's what Americans love so much about fall.

Pumpkin pie may not be an entirely new concept, but the pumpkin craze is. Starbuck's first introduced the pumpkin spice latte (admirably called the PSL) in 2003. According to Neilson, in the 2013-14 year, pumpkin products alone brought in $361 million. That is a 79 percent increase from 2011. Pumpkin sales haven't been steadily increasing, they have exploded. Now you can find pumpkin flavored gum, dog food, and toothpaste. Most of these products are only offered on a seasonal basis, which makes these numbers astronomical.

While, the pumpkin-flavored market is alive and well, the actual pumpkin market is slipping. Pumpkin sales have actually decreased in recent years, Perhaps people have traded the fun of pumpkin patches and jack-o-lanterns, to make pumpkin pie and drink pumpkin-flavored coffee. They will probably feed Fido pumpkin-flavored dog food while they're at it. Whatever reason, 6.8 million less pumpkins have been sold in 2011, 2013 and 2014.

With the rapid increase of pumpkin product sales, it does not look like they are slowing down. As long as there is profit to be made, there will be more and more pumpkin products added to shelves. Whether it's the seasonal availability or simply the love of pumpkin, this fad is on the up and up.

So stay innovative. Maybe you'll think of the next pumpkin best seller. Like it or not, pumpkin spice is here to stay.