Modern: How to Lose a Guy In 10 Days
Odyssey

A spin-off list inspired by one of your favorite Rom-Com. 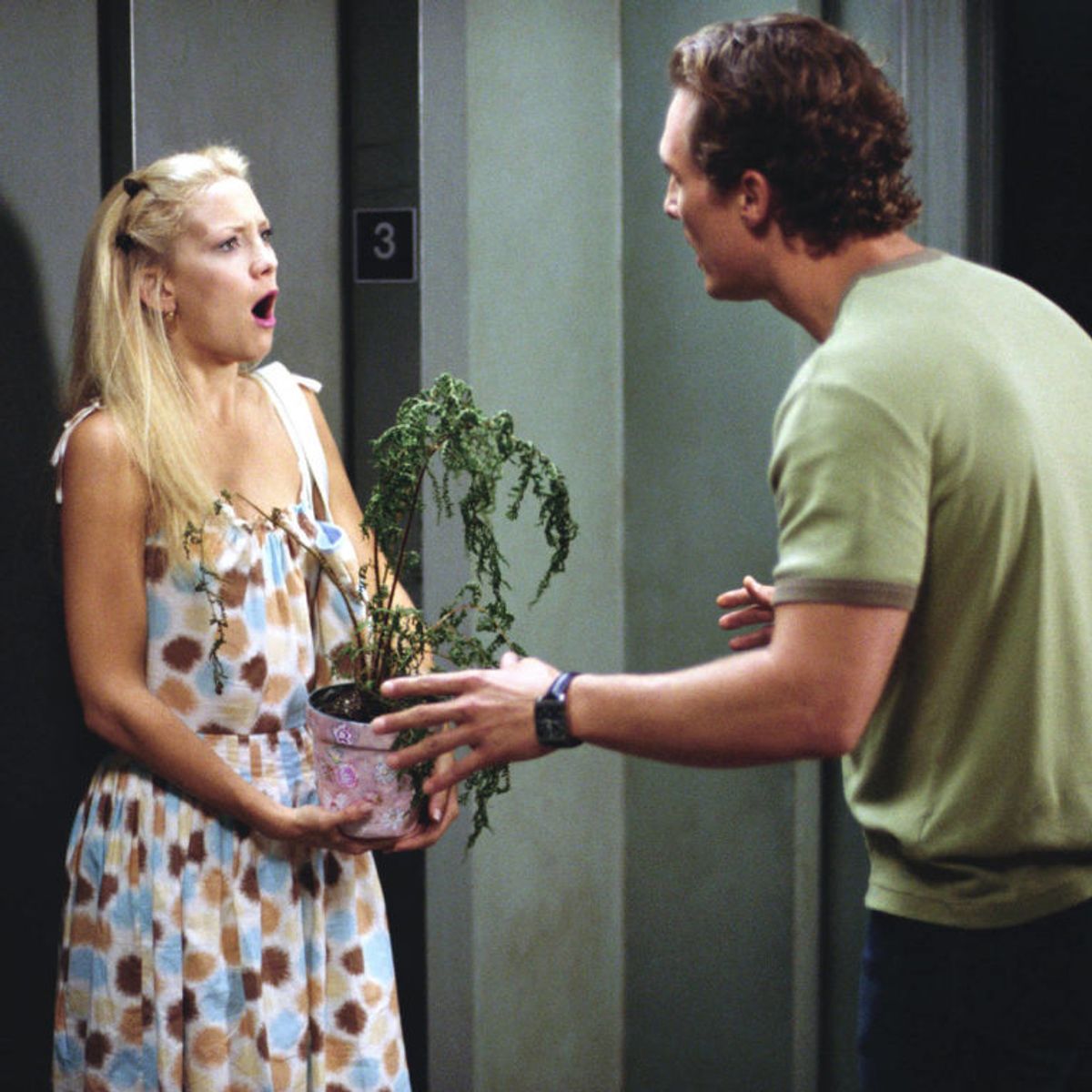 One of my all-time favorite movies features a woman purposely trying to lose a guy in 10 days. She completes crazy acts that many modern women fall for without knowing it; things like buying a love fern, ruining ‘guys night out,’ calling his mom and making a scrapbook with pictures of what their future babies would look like (obviously some are more extreme than others). Here is my twist on the modern day version of this amazing Rom-com.

1. Text him repeatedly when he doesn’t respond right away.

If they’re not replying right away, they’re probably doing something and are too busy to respond, or just haven’t seen it. Texting them twenty times not only makes you seem a bit crazy, but its also unnecessary. If they didn’t see the first one, they’re not going to see the fifth. Plus, if they did see it and didn’t respond, that’s probably a clear enough sign already.

2. Tell him about all your stuffed animals.

Because we all know how much anyone would want to hear that when they first meet someone.

3. Tell everyone, especially his friend, about how into him you are. Bring up all the details of what you’ve talked about too. Especially if it’s right after you’ve started talking/dating.

If it hasn’t really become anything yet, don’t make it into something it’s not. Sure, tell your close friends whatever, because that’s what they’re for. But there’s no need to blab it around to anyone else. First of all, it’s not really their business and second you’re going to make everyone confused about what’s actually going on, including him.

Just writing that sentence made me cringe. First, if you can’t trust them, then you shouldn’t even be talking to or dating them. And even then, doing this from the get-go would be an extreme red flag. Give people their privacy and respect them enough to assume they’re trustworthy. If they prove otherwise, then don’t ask to see their phone, just drop them.

5. Tell them they can’t be friends with other girls.

This all goes back to the trust thing. And besides, would you really expect him to drop friends he had before he even met you? Would you be okay if he didn’t let you hang out with other guys? You don’t get to control him and you shouldn’t want to. Don’t be that girl.

This is what we call being clingy. If you want to spend time together, then great! You should want to! But you both have lives, other friends and family. Sometimes you are going to have to spend time a part (which is a good thing!) Be understanding when you can’t hang out together. Trust me, there are times you both will have better things to do.

7. Compare your relationships to other peoples.

“Why don’t we go do things like ___&___ do?” “Why don’t you buy me this like ___ does for ___?” Seriously, do you hear the stuff that comes out of your mouth? If you want to do an activity together, then suggest it and go do it. There’s no need to make it seem like it’s his fault you aren’t doing some random thing that some other couple is doing. Secondly, you shouldn’t be telling anyone or asking anyone why they aren’t buying you stuff. Get a job and buy the stuff you want with your own money.

8. Talking about your relationship all over social media.

We all know those people who subtweet every time they get in a fight. It’s annoying, it’s not secretive, and I guarantee you someone is sending him screenshots of the trash-talk you’re saying. Keep your problems between one another because they’re your problems! On the other side of the spectrum, cute pics and appreciation posts are great. However, there’s no need to post about it EVERY DAY.

9. Track him on Find My Friend.

This one is just funny to me. Because who would think people actually do this? But they do. It’s cool if you have each other’s location in case you wind up in a ditch or something. But if you’re constantly checking to see if he is where he says he is, or worse you’re showing up places based on his location, you need to chillax.

Have a good time, get to know new people and be yourself. Don’t try to be someone you’re not. These are just some suggestions to maintaining the cool, calm and collected look. (Some of them are just so you legitimately aren’t crazy). Take into account the ones you want, that are applicable, or feel free to laugh about the more extreme ones.