Costumes so simple you may not even have to leave your bedroom! 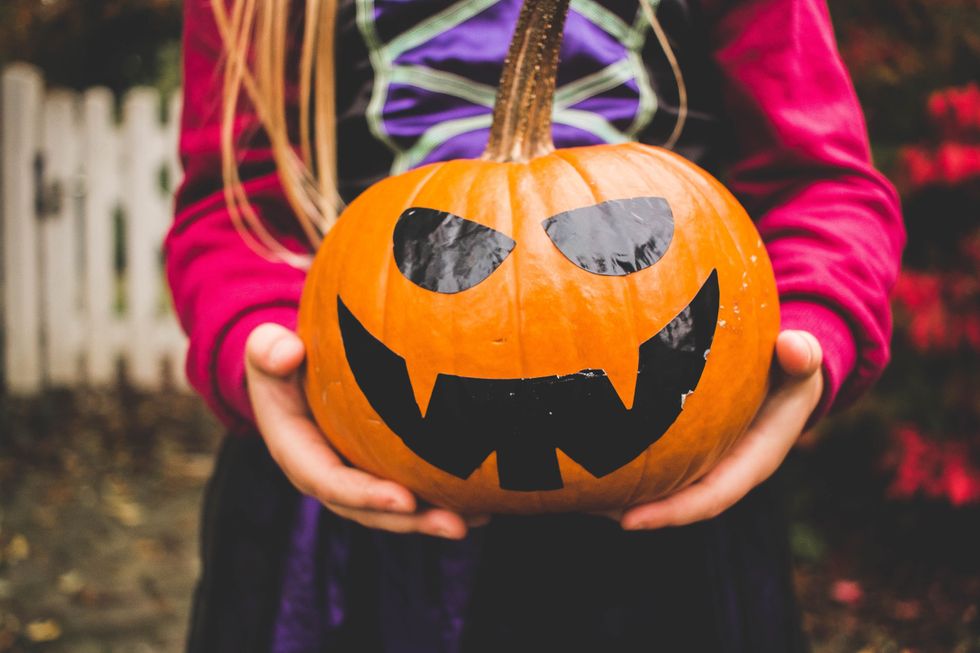 We've all been there, or at least if you're reading this, you're there. Someone invites you to a last-minute Halloween party or Halloween sneaks up on you, (BOO!) or maybe you just don't feel like putting any effort into a costume. There are videos upon videos of last-minute costumes but all of them are like "go as a cat!" as they put on cat ears and a tail.

First of all, a cat is soooo generic, second, who has cat ears and tail laying around?! You'd actually have to leave the house to buy them and nobody has time (or money) for that!

So no worries y'all, I am here with some costumes so simple you may not even have to leave your bedroom to create them!

Minimal effort: take two pillows and tie them around yourself

Creative effort: cut head and armholes in a pillowcase then stuff them, either with your pillow or actual stuffing.

Wear black pants and a black shirt underneath.

Minimum effort: Walk around with a bowl of cereal, eating it (add some red food die to milk for more dramatic effect)

Creative effort: Draw a pained face on a cereal box, then stab it with a knife, then glue some of the cereal around the stab wound like guts (sprinkle the wound with red paint for more dramatic effect)

Maximum effort: glue some snack-sized cereal boxes, stabbed with plastic knives, to a t-shirt and splatter with red paint. Displaying your multiple victims.

Optional: do makeup and hair to make yourself look like a maniac.

Minimum effort: tape a nickel (5 cents) to the back of a t-shirt.

Creative effort: glue multiple nickels to the back of a t-shirt.

Maximum effort: dress like a member of Nickelback and carry a microphone around (also gluing a nickel to the back of the outfit, just so people get the pun).

Minimum effort: carry a suitcase around.

Maximum effort: There isn't really a maximum effort, I guess break up with your S.O. (if you have one) for the night?

Only works if you're single.

Minimum effort: roll out of bed, drive to the party.

Creative effort: mess up your hair, wear sweats, no makeup.

Maximum effort: do your hair so it's perfect, wear cute pajamas, full makeup (if you wear makeup). Walk around bragging how you woke up that way.

Minimum effort: wrap toilet paper around parts of your arms, legs, and torso.

Maximum effort: use actual linen for bandages and do zombie-ish makeup.

If you want, you could write on a white shirt "wrap me up and call me mummy".

Minimum effort: drape a white or off white sheet around whatever you're wearing. It doesn't have to be over your head if you don't want to cut holes in a sheet, just keep it flowy and walk around saying "boo" every time you join a conversation.

Creative effort: Cut eye holes in a sheet, drape it over your head.

Maximum effort: dress in dull colors and do palish gray makeup. Make up a story for how you died and be the ghost of yourself.

If you're a Peanuts fan, cut multiple holes in the sheet and carry around a bag of rocks.

Minimum effort: Wear all black (invest in a black witches hat and you're set for years to come).

If you're a Harry Potter fan, go as your favorite witch from the series.

9. When life gives you lemons.

Creative effort: write "Life" on a white shirt and carry around a bag of lemons and hand them out.

Maximum effort: make a friend, combine the other two options with said friend as one or the other.

This is one of my favorite ideas, it's funny and super easy.

Creative effort: wear a professional-looking outfit and some sunglasses with a name tag saying "Iron Man".

For those who don't know, Fe is iron on the periodic table.

Write "Error 404 Costume not found" on a white t-shirt.

Dress normal but act like you're up to something.

Cut three circles of black paper and stick them to a white shirt. Office fans will get this one.

15. Alternate universe version of yourself.

Don't dress up at all. When people ask what your costume is, tell them you're an alternate universe version of yourself. If they are persistent and ask how, tell them a distinct feature that this version of you has.

Example: I have an extra freckle

Or if you don't have any tattoos, draw one and use that as a difference.