I'm A Millennial And I Hate Texting
Odyssey
CurrentlySwoonLifestyleHealth & WellnessStudent LifeContent InspirationEntertainmentPolitics and ActivismSportsAdulting
About usAdvertiseTermsPrivacyDMCAContact us
® 2023 ODYSSEY
Welcome back
Sign in to comment to your favorite stories, participate in your community and interact with your friends
or
LOG IN WITH FACEBOOK
No account? Create one
Start writing a post
Student Life

I'm A Millennial And I Hate Texting

People didn't even have cell phones 50 years ago. 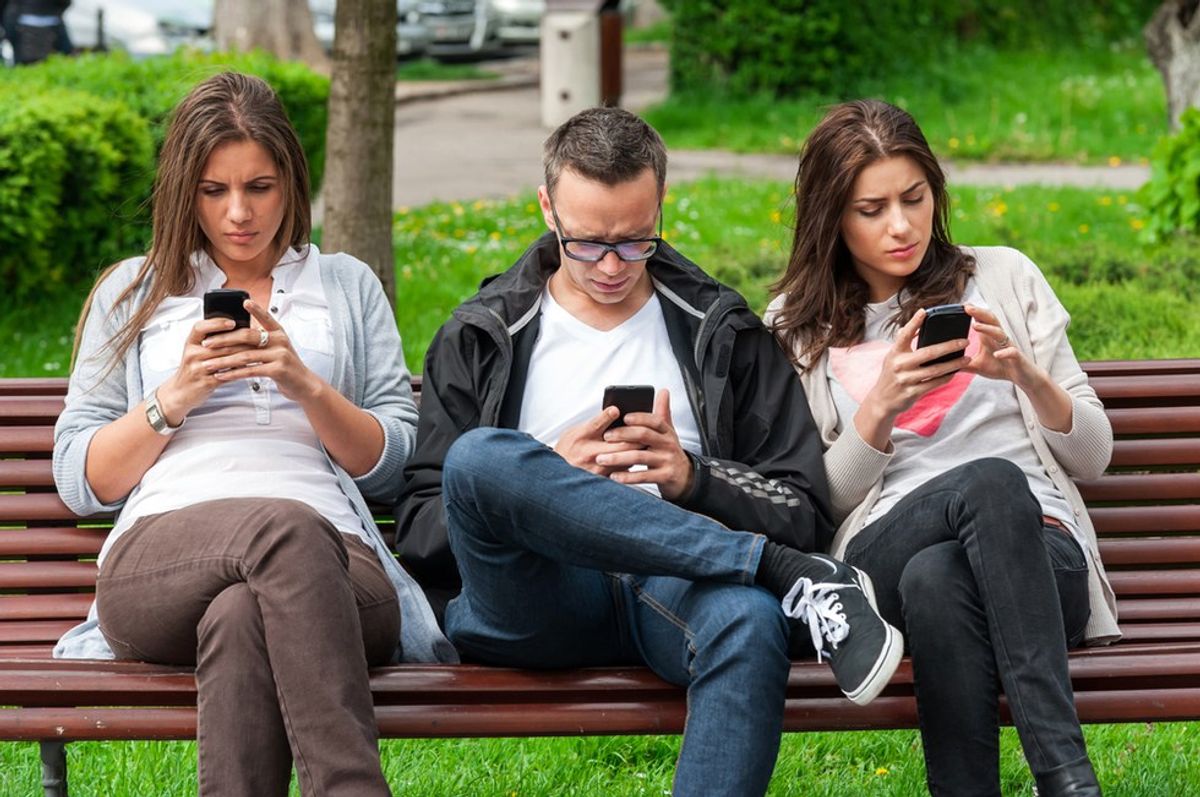 Yes, I’m a millennial. And yes, I hate texting. I know, weird, right? You probably thought people like this didn’t exist. Well, guess what, they do. The 1990/mid-2000s generation has grown up in the midst of developing technology. That being said, we all grew up alongside the Razor, the Sidekick and all the way up until the iPhone. We are the only generation to grow up playing outside all the time and slowly develop into “texters.” No other generation is able to relate to this. Our parents weren’t exposed to modern-day cell phones until practically the same time we were. And the age group that begins like five years after us were literally born with a cell phone attached to them.

What I have a hard time understanding is how some people have become so addicted their cell phones. I will admit that I used to constantly be on my phone, however, I no longer have time for that. By not having time for that anymore, I have come to realize how stupid and pointless it was to spend hours and hours at a time either texting someone or waiting for someone to text back, when instead I could easily just call them, or even better see them in person! I don’t want to spend minutes of my day texting someone about something that is totally irrelevant to my life. There are so many other things I would rather being doing outside of the virtual world.

I hate texting because it takes away the personal interaction involved in the situation. First of all, the majority of the world probably texts people things that they would never say or talk about in person. So why would people rather do that? I don’t understand. Why would you want to have a basically fake conversation with someone? If you need to text me something real quick, go for it. If you want to have a little “what’s up” conversation over text, maybe uhh, don't talk to me. Not to mention, the obligation many people feel that they have to reply. What is that? You don’t have to do anything. We live in a world where people are offended when they don’t get a text back. Does anyone else realize how stupid that is? I sure hope so.

Also, I don’t understand the people who are constantly texting while with other people. It’s just plain rude. I totally understand if it’s something important or fast, but dang, there are definitely those people who are just rudely texting someone else the majority of the time you’re with them. Like what the heck? I mean, if you’re just having a movie night with your friends, totally fine. But if you’re spending actual quality time with someone, rude. The sad truth of today is that this is simply common courtesy that many people tend to ignore.

I believe that texting has reshaped our society. Yes, there are instances where it is very convenient. Maybe if you have a quick question for someone, or are quickly inviting people somewhere. But I will never again understand why people have legitimate conversations over text. Considering I did exactly that in previous years, I cannot express how pointless it was. Like why? There are so many better things to do with your life than sit around and tap a screen. It just seems so unfulfilling to have a pointless conversation about something that I really couldn't care less about.