As A Military Kid, I Can't Answer 'Where Are You From?'

As A Military Kid, I Can't Answer 'Where Are You From?'

I've had a lot of homes. 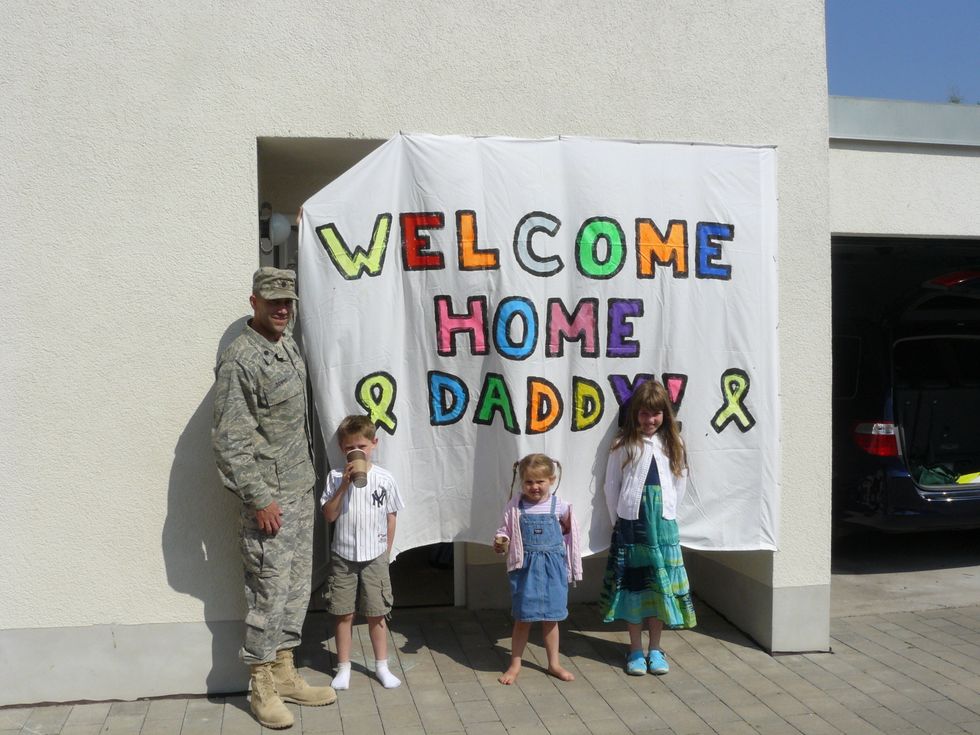 "So, where are you from?" someone asks here in New York City, where I am attending college. We're a diverse school made up of students from around the globe, so naturally trading origin stories is a universal conversation starter.

But I hesitate at that question. I weigh my options: the simple answer, best suited for casual fact exchanges with a near-stranger, versus the truth.

I came to college from Virginia. That in and of itself requires some additional explanation; left to their own devices, most non-Virginians start imagining farms and year-round warm weather, because most of Virginia is "the South." But I am from Northern Virginia, and people on both sides of that oh-so-important imaginary line have argued Northern Virginia should be its own state. It's the suburbs of Washington, D.C.: a Type A, fast-paced enclave of ambition. And we get snow, too.

But while Northern Virginia is indeed where I lived directly before college and where I return when I "go home" for a long weekend, it is not truly where I'm from.

It's an easy answer, and it's accurate enough. After having spent five years there prior to college, two years longer than I lived anywhere else, it has imprinted on me.

But it's not where I'm from.

I didn't grow up in Virginia. I didn't even know I would come to live there until middle school, and I didn't know it would have an unrivaled long-term impact on my life until well into high school.

I'm the daughter of an Air Force colonel, so by the age of fourteen, I had moved five times. I had lived in four states—but California twice, in locations seven hours apart from one another—and one foreign country. We moved every three years in the beginning of my life and every two years by the time I was ten. I made friendships assuming they would be temporary. As a consolation prize for abandoning every bedroom I ever called my own, I got to pick out a new bedspread each time we relocated.

If I were to give a full explanation of where I'm from, if I were to include every place that ever influenced my development into the person I am today, I would need to say them all: Arizona; Hawaii; Germany; Los Angeles, California; Vacaville, California; and finally, Virginia.

It feels like a lie of omission to say Virginia alone. It's become home. But that was true of every other place my family set up temporary lives. As a military kid, you don't get the luxury of being picky about where you rest your roots.

It was revolutionary when we lived in the Virginia house long enough to justify tracking our heights in pencil marks on the kitchen wall.

It might be unpleasant. Sometimes shedding friendships was beneficial; if there was discomfort between us, I could simply leave and fade out of contact. I could reinvent myself on a triennial basis if I so desired. I got to see so much more of the world than my peers who had permanent homes; how many of them have been to Paris or the Hollywood Walk of Fame?

I don't regret my upbringing.

But now, in New York City, I am relearning the meaning of home. I am faced with a choice, for the first time, of where to live and how long to stay. I am claiming this place as my own because I am interested in exploring it, not because some Air Force higher-up directed my family there.

I already know home is a malleable concept. It's just that for the first time, I am the one doing the shaping.

New York is the city of dreams, a place every starry-eyed artistic type journeys at least once in their lifetime if only to denounce it as overrated. It has a gravity of its own, a pull rooted in centuries of significance.

But for me, it is more than a place of breathless opportunity. It is a potential permanent home.

I test its concrete to see if it will hold my roots after two decades of shallow planting. I want to be a so-called real New Yorker not for bragging rights but so that I can hold a location in my blood and bones. So I can have the kind of unshakeable connection to a place that almost everyone else was born into.

Still, adopting New York as a new home won't help me in the moments after I hear "So, where are you from?" It'll only be one more patchwork on my quilt, another step in the path that got me to where I am standing right now. Another footnote to add after I explain that my Virginia has aggressive drivers, not farmers.

Anything less would be incomplete.