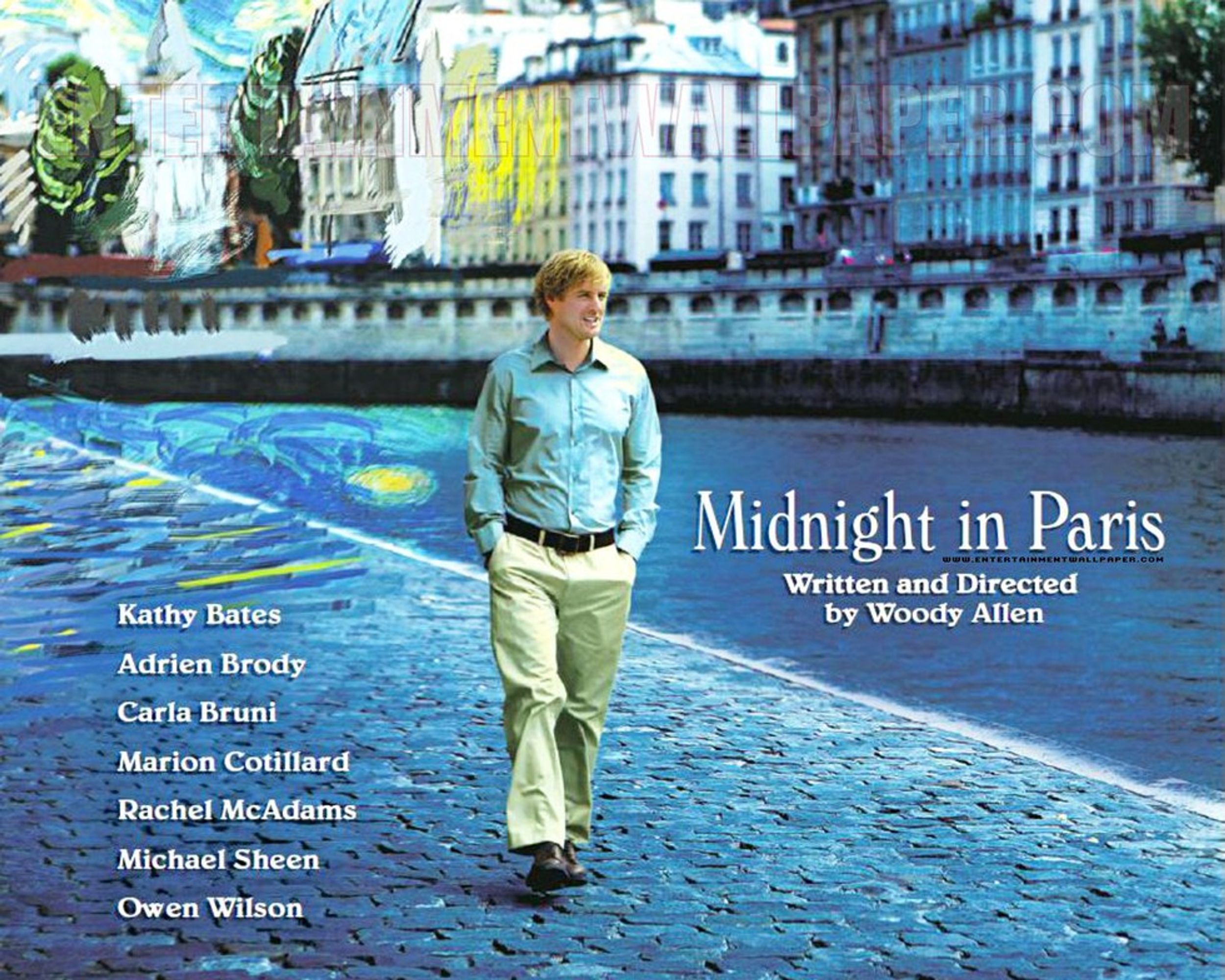 "Midnight In Paris," as a depiction of modern speculative fiction, is successful in some, but not all categories of the genre. The film comprises of romantic elements, from the characters’ relationships to the embellishment of Paris itself, but contrastingly permeates skepticism: this is obvious through Gill’s relationship with Inez, and his dubiousness about his relationship and living in the United States. This skepticism, however, is particularly subtle, and the film successfully ends with the viewer feeling optimistic and pleasant--- another aspect of modern speculative fiction. The film adequately drops deep cultural cornerstones from the 1920s, not thoroughly elaborated nor discussed, but existing, nonetheless. Big names, such as Gertrude Stein, Cole Porter, and Dali, are painted on the surface, while Zelda and Scott Fitzgerald, and Hemingway, are more thoroughly developed characters, but not by much. Still, Allen does depict part of our cultural history, even if it is executed quite satirically. Woody Allen expounds a thematic lesson throughout, starting and ending with the notion that the present, though unsatisfying and lackluster, is part of reality, a reality we must embrace; this specifically fits in with the didacticism requirement of modern speculative fiction.

"Midnight In Paris" on another note, lacks the seriousness, drama, and heated passion associated with Paris, and instead, creates a playful, comedic illustration leaving more to be desired. The story, though aligning with modern speculative fiction, is rather cliched, and borders satire. Allen fails to sketch his characters through indirect nuances and actions; rather, he adds blunt dialogue, with each character essentially stating who and what they are. Expanding on this, the characters are superficial caricatures of stereotypes -- Gill, the hopeless romantic yearning for self-expression, Inez, the money-hungry, nasty fiance, Hemingway, the disillusioned, tough-guy lost generation’ writer, Picasso, the free-spirited artist, and Zelda Fitzgerald, erratic in all of her glory. Even Adriana, Picasso’s fictitious mistress, fully aligns with the “I want to be something more than a muse and model” stereotype. From these representations, the viewer views the characters as grossly exaggerated and unarguably annoying. Perhaps, this was part of Allen’s artistic vision -- his main intention of producing humor without real meaning nor depth, but even as a comedy, it disappoints.

"Midnight In Paris" makes up for its shortcomings with some excellent executions. For example, the direction and cinematography perfectly creates a real life portrayal of Paris and reality, despite its element of fantasy with time travel. The Jazz Age, normally represented in ostentatious, "Great Gatsby’’ style, is depicted realistically, juxtaposed with a futuristic 2011 vibe that works well with the film’s intention. For building a certain level of maturity against what could have been incredibly childlike and sci-fi, Allen helps the viewer grow satisfied with his work. Allen additionally communicates subtleties unnoticeable at first glance, but apparent after analyzation. He effectively establishes Gill and Inez’s struggling relationship, and Gill’s doubts in marrying her, as evidenced through his brief conversations with Adrianna at the restaurant, and Zelda Fitzgerald near the bridge. The film’s subtleties purvey elements of foreshadowing and wonder that bring intrigue to the story.

Despite my somewhat harsh criticism, I would recommend the film, but strongly suggest that it is a “one-and-done” type of deal. "Midnight In Paris" is not a classic. It is not meant to be re-watched, and its longevity as a relevant film in modern culture is rather short. "Midnight In Paris," is similar to White Castle: it is initially great, but only meant to be experienced once. As someone who has seen the film more than once, and loved it the first time around, I unfortunately feel as though it gets worse with each successive watch. "Midnight In Paris" may constitute modern speculative fiction, but other than that, its successes hold little weight against its flaws.