4 Reasons Mickey Milkovich Is The King Of "Shameless"

4 Reasons Mickey Milkovich Is The King Of "Shameless"

King of character development, too. 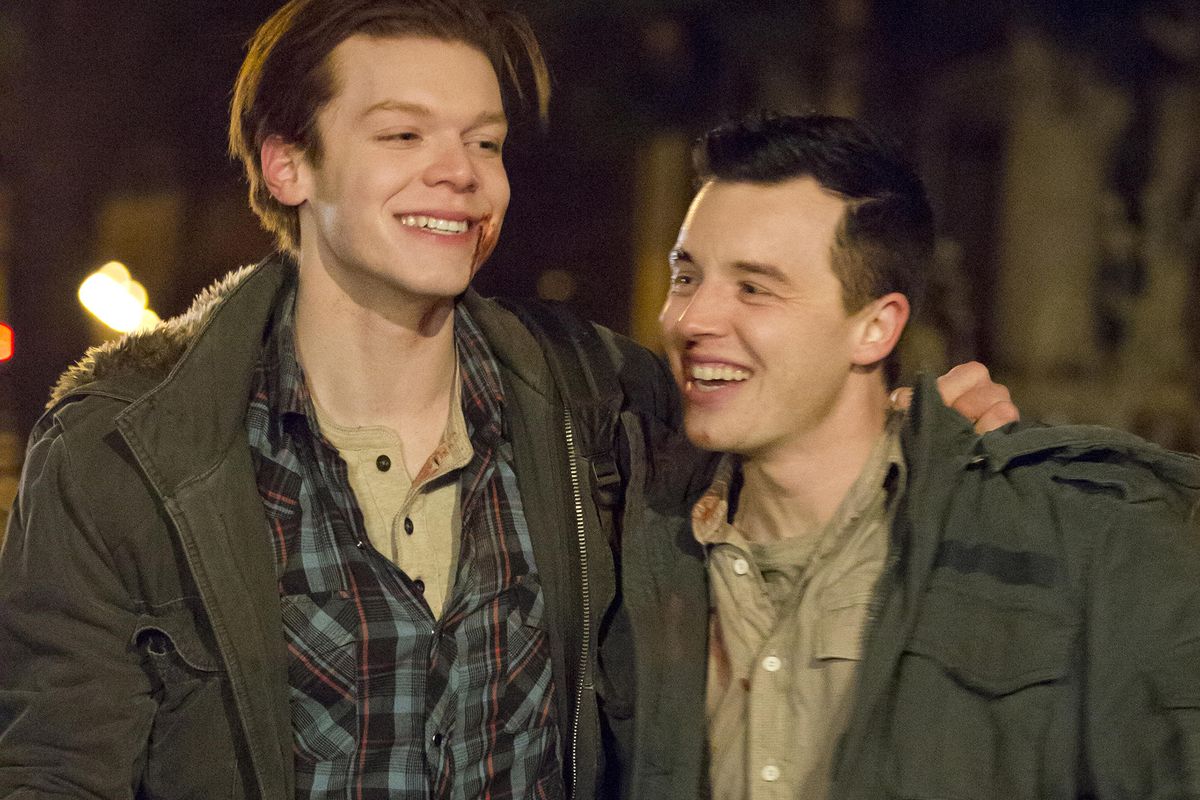 Shameless has given us a wide variety of side-characters from its seven-season run. Shiela, Karen, Jody, Mandy, Amanda, Jimmy/Steve/Jack, and so on. None of them have important to the TV show or society at large as Mikhalio Aleksandr Milkovich has been is and will be.

As Shameless forays into its eighth season this week, fans are clamoring for Mickey's (portrayed by Noel Fisher) return. While it's natural for shows to write-off characters, sometimes it does not do the show, the character or the fans justice. Here are a few (or several) reasons Mickey is a phenomenal character and why he should ultimately be a leading character again:

Arguably the best character development in modern TV history, we first see Mickey screaming the words "Ian Gallagher" as he intends on inflicting pain to Ian. Within a few episodes, he has sex with Ian and it is revealed to be gay. From there, we see how much homophobia surrounds his life, how much he has internalized it and his ever-so-growing feelings for Ian.

Mickey goes from a deeply scared gay kid to someone who learns how to love. We are able to see his growth from self-hatred to acceptance. From closeted to iconic coming out scene. From someone who didn't care for anyone to someone who would do anything for the people he loves.

Frankly, the writers of Shameless are wasting Mickey's potential for further growth. He is easily the most complex, beloved and important character in the show. By dismissing him to Mexico, the writers are wasting the potential of where else he can grow. Mickey's story is far from being done, and writing him off is a lazy excuse to "develop" him.

Noel Fisher brings Mickey to life and deserves accolades for it. Shameless would not be the same without Mickey, whether they are willing to admit that or not.

2. Defies Stereotypes for the LGBTQIA+ community

Ever heard of the Bury Your Gays trope? Luckily, Shameless has largely stayed away from killing its LGBTQIA+ characters. In fact, it has represented them in the most complex, non-stereotypical and authentic way possible. In most TV shows, when a character is in the LGBTQIA+ community, their plot consistently revolves around that.

While this is true to an extent with Mickey, Shameless proves there is a lot more to his arc than his sexuality. Years of abuse from his father, being a ring-leader of prostitution operation, his escapades in and out of prison, etc. His sexuality is only a cornerstone of him, not all of him. He isn't sassy, over-the-top, into-fashion or feminine as the stereotypes portray.

To be fair, his "replacement", Trevor (portrayed by Elliot Fletcher), is very important in furthering the conversation for Transgender community, it doesn't quite compare to Mickey.

One of my largest issues with Shameless is that most plot points seemingly revolve around whomever a Gallagher is dating. From Fiona and Jimmy/Jack/Steve, to her cheating on Gus, finding sean, Jimmy/Jack/Steve again. OR, Lip being with a professor and getting kicked out of school.

Mickey is someone a Gallagher is dating. However, Mickey has been able to transcend past just Ian and form unique relationships with other Gallagher characters. From attempting to murder Sammi, teaming up with Fiona and Lip when Ian went manic, from marrying Svetlana and using Kev and V's bar for a prostitution ring, Mickey has always broken the shows own redundancies and really has impacted the show in an in-depth way.

Lastly, Mickey has some ICONIC lines he has said throughout Shameless. These alone are reasons he should come back: