The Active Shooter Threat At The University of Michigan May Have Been Unfounded, But The Reality Of The Threat Is NOT

As much as the police and the university want to tell us we're "safe," I don't feel safe, not really. 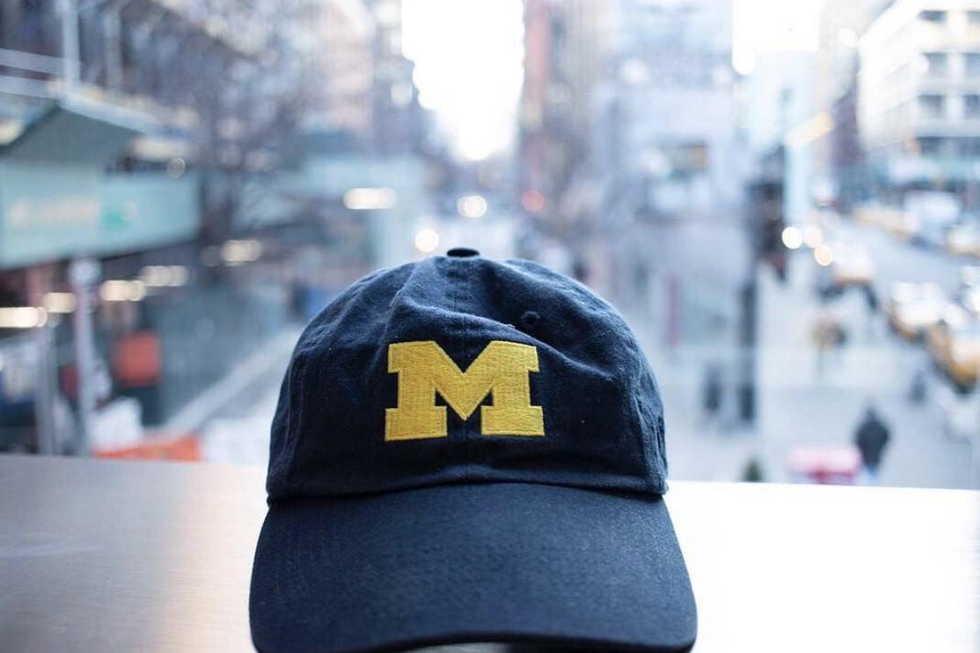 This Saturday, March 16th, 2019, there was an active shooter threat here at the University of Michigan. And although the threat has been cleared, and it turned out to be a misunderstanding, it was still a jarring day for many.

This weekend was filled with early St. Patrick's Day parties and get-togethers, a very active campus of vulnerable students. It was a weekend of celebration before we got the announcement of the threat. And while I was not in the center of it, I was still shocked and scared. My day turned from one of average thoughts and actions, into one of worry and fear.

I was in my apartment off-campus that day, hanging out and not thinking about much. I had left my phone in the living room and went into my bedroom for a few minutes when I heard a couple of text notifications. I thought nothing of them. I got another, and still ignored it. Then I got a call, which actually made me get up to check. It was my sister, so of course, I answered.

I was a bit confused as to why she'd call me since we usually just message each other on a group chat, but I answered lightheartedly. She didn't even say "hi," only "where are you?" I was even more confused now and she had to repeat herself. She was only satisfied when I told her I was just at home.

Then she told me the news I'd hoped I'd never hear, "There's a shooter on campus, stay inside and lock your doors."

While the threat and situation have been cleared now, what she told me then was the only truth I knew at that moment. In that moment, and for a while afterward, I thought there was a shooter on my campus, in the very building in which I've taken the majority of my classes during my four years in college. I thought people's lives were at stake and that, even though I wasn't directly there, that my life was at stake too.

I didn't tell her that, and I tried not to let myself think it either. I couldn't process what she had told me, and to be honest, I still can't. As much as the police and the university want to tell us we're "safe," I don't feel safe, not really.

As dark as this may be, there were times when I had been sitting in class and could imagine the ease in which a shooter could come in. I think this has become an underlying nightmare in every student's mind: my school isn't safe.

But, it's not just a fear for students. Just last semester in class, my professor froze at a loud noise out in the hall and even jumped slightly when a student walked in late a minute later. That image almost makes you want to laugh until you realize that her reaction is due to a legitimate threat to our country.

This threat and fear are constant in everyday life now, and it doesn't end in schools.

The amount of violence, most notably gun violence, today surrounds us and has given the nation a uniform of PTSD. It is felt when a professor jumps at an opening door, when you have to suppress road rage in case another driver has a gun, and when the popping of balloons and screaming sets off an active shooter threat.

Yes, this threat turned out to be "unfounded," but the truth is that it could easily have been our reality.

After I hung up with my sister, exchanging purposeful "I love you"s, I checked every news and media outlet I could. What I found was breaking coverage, university community pages coming together, and concurrent emails from the university. Those emails began with, "Active shooter in Mason Hall. Run, hide, fight." And despite the following messages being assurances that there was not an active shooter, I don't think the words "run, hide, fight," will leave my memory anytime soon.

I've felt all of this while off-campus, and I can't imagine what it felt like for those who were in the building, and especially those who were just outside of the building during a vigil for the victims of the New Zealand attack.

While my hands were shaking in my safe and locked apartment, they were running to safety. While I tried to stop myself from thinking about what might be happening in Mason Hall, they were scared for their lives.

In those moments, the threat was real, and that's what matters to everyone affected. And to anyone who refuses to acknowledge that, you're part of the problem. The problem that continuously covers up what could have happened with what "actually" happened.

This campus and this community are so lucky to have each other's' support, and more importantly, our lives. We might not have had an active shooter, but others have. To not recognize the reality of unnecessary deaths, and the real possibility of history repeating itself is purposeful ignorance.

To my fellow Wolverines, I'm glad you are safe and alive. The support you've shown to each other is inspiring and makes me proud of this university.

To those who have known the reality of our threat, I'm so sorry. You are so strong and deserve the utmost respect. There is nothing you could have done to deserve what happened, and my thoughts and prayers are with you.

To those reading this, be mindful of the different ways people process difficult events like these. Do not make light of someone's reactions or experiences. Instead, help make people feel heard, and support healing and community to help combat the hatred that fuels this fear.

Even as I wrote this, my throat choked up and emotions flooded through me. This threat was a surreal moment that highlighted one of my deepest fears. We live in a culture where these threats and the precautions around them are real. Where actions and thoughts are dictated by the threat of unnecessary violence and hatred.

I hope this threat and scare can be turned into an event of growth and understanding, that will help open up the conversation about the violence in this country, and around the world. We need to spread more universal love and understanding and stop promoting hate. It sounds simple, but it's true. And it will take hard work.

I thank God that this time a university and community was spared, but that doesn't stop the reality of hatred in the world. That will require much more work, determination, and purposeful actions of universal understanding. That requires communication and a deeper look not just into how, but why, these threats remain.

gun violence
Report this Content
This article has not been reviewed by Odyssey HQ and solely reflects the ideas and opinions of the creator.

Madison Franz
The Narrative
1115780
Photo by Brooke Cagle on Unsplash

Madison Franz
The Narrative
653492
Photo by Manny Moreno on Unsplash