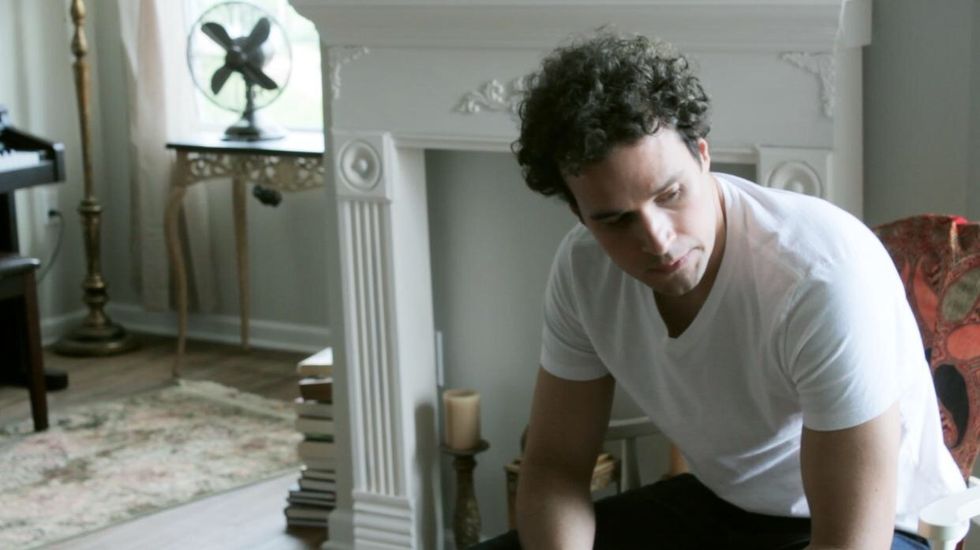 In late 2019 Black Ruby was released by The Orchard, the first feature to be shot with the iphone 7. The reviews have been fairly positive with the Huff Post praising the method acting performance of Zachary Laoutides as homage to Marlon Brando and Montgomery Clift.

Aside from Laoutides' classic like performances and Bando-Clift mannerisms, visiting the windy city I was able to visit with him in one of Chicago's art house cafes talking about the method known as 'Method Acting.' You would never have known him to play Louis Katz without the blue eyes, pale complexion and brown hair; it was astonishing to realize how much Laoutides converted for the role! His last name originated from the Arabic word 'oud,' the instrument his ancestors used to build and play. Laoutides' has dual citizenship (United States, Mexico and Israel), his descendants migrated to America from the Aegean Islands and the Biblical town of Smyrna present day Izmir, of Greek, Turkish and Sephardic heritage.

How did you create the character Louis Katz – lightening your eyes, skin and hair?

Thinking retro, I saw Louis visually as sort of a James Dean type of appeal. I would eat at this restaurant quite a bit and there was a poster of him and I was like 'Louis looks like that guy.' - I wanted to play Jules, so when I got casted as Louis I knew dramatically I would need to change.

Going as far as lightening your features?

Maybe that scores some brownie-points for film, but to me it wasn't a big deal. If you were in theater you transform quite often I would assume – I'm not a theater actor, but I've seen them transform impressively.

Were you a fan of Marlon Brando and Montgomery Clift, both know for Method Acting?

I'm honestly not familiar with their work; however I do want to watch their films at some point… I really don't know what those comparisons mean - I really don't watch a lot of film, I don't like to be influenced.

Your early roles established you as a character actor and you have become noted for your physical transformations. So what is your method – Are you a method actor?

I would say that probably fits me. Part of my schooling was in journalism so I see acting as a branch or an extension of that. I approach my roles journalistically – the research opens me to the world of whom I'm playing. I do have an athlete's mentality, being in athletics for a large part of my life. – It's not about going into competition with others, rather it's for me to go into a discipline when I take a part.

How do you pick what you write about or act in?

I usually have multiple ideas I'm working on - it's bothersome because usually what I really like doesn't get made for various reasons. Sometimes it's the risk factor or the budget. Black Ruby wasn't necessarily the first choice; it was probably viewed as the less risky project when the film got the green-light. I do try to approach roles as differently as possible because many times I feel the character to be too ordinary – it's nice to complicate them so they become something unalike.