Negativity is a virus.

The Metaphors In 'Zombieland'

Negativity is a virus. 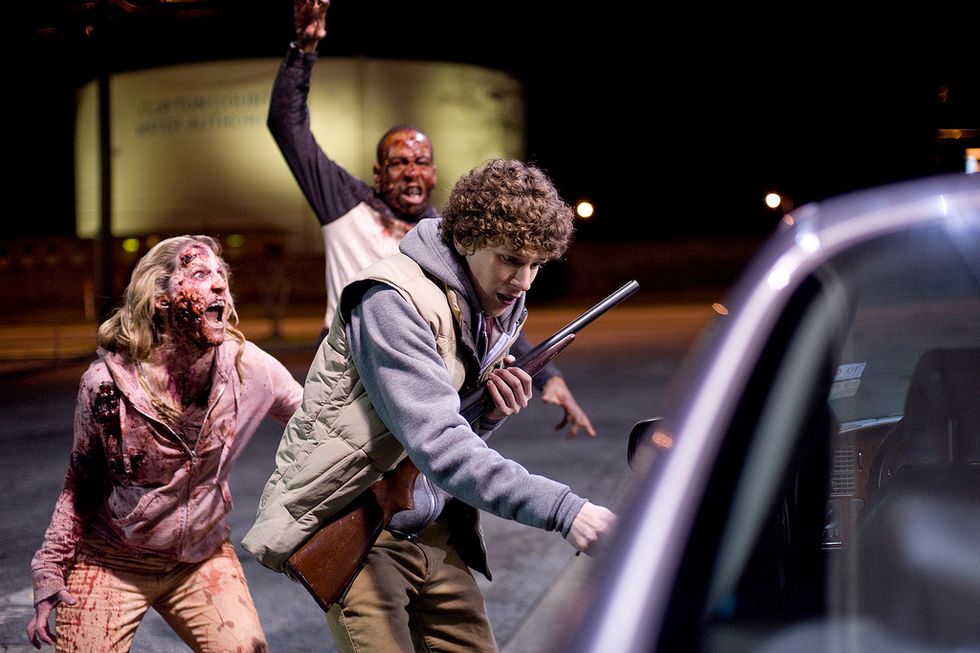 "Oh America. I wish I could tell you that this was still America. But I've come to realize you can't have a country without people. And there are no people here. No, my friends. This is now the United States of Zombieland."

All quotes taken from ZOMBIELAND (2009)

Zombieland follows its cowardly protagonist, Columbus (Jesse Eisenberg), as he navigates his way through the treachery that is now the United States of Zombieland. Flooded with ravenous, flesh-eating freaks, a few questionable survivors, and tons of laughs in between, Columbus explains how he has survived this long on his own. He strictly follows the rules. His rules.

While Columbus explains you need to be fast to outrun the undead, a strong cardiovascular system also protects you in the metaphorical, real-life, Zombieland. Put simply; toxic people are stressful to deal with. If you deal with toxic people on a regular basis, that stress can start to affect your health. One of the best ways to deal with stress is exercise. Cardio melts fat and promotes heart health, readying you for anything Zombieland may throw your way.

"…As the infection spread and the chaos grew, it wasn't enough to just be fast on your feet. You had to get a gun and learn how to use it. Which leads me to my second rule, the double tap. In those moments when you're not sure the undead are really dead-dead, don't get all stingy with your bullets." While staying healthy is a great stress deterrent, you need also to learn how to defend yourself against toxic people. When you get that fight or flight sensation, sometimes flight is not an option. Kill your doubt, double tap it when necessary, and stand up for yourself.

"When zombies began to outnumber humans, well that's when you had to cut loose of all emotional ties. If the girls in your neighborhood are now fucked up little monsters, well maybe it's time to stop driving carpool. You had to focus on your own survival, which leads to rule number four… Fasten your seatbelts. It's gonna' be a bumpy ride." If you're surrounded by, what seems to be, a bunch of zombies, it may be time to turn a new page in your life. Prepare yourself, brace yourself, and buckle your seatbelt; It's gonna' be a bumpy ride. (But it's worth it).

Bill is a 31-year-old writer/game developer from Boston, Massachusetts. He's a content creator in Southern New Hampshire University's Odyssey community, a member of the National Society of Leadership and Success, and is wrapping up his Game Development program in October 2018. With an Associate's in Liberal Arts and a forthcoming BS in Game Development, he is ready to excel in the gaming industry. Outside of work, Bill can be found supporting local bands in the greater Boston area.

Manipulating Someone Else's Tragedy For Your Personal Gain Unacceptable, Period

Be The Person Your Younger Self Would Look Up To

Time To Get Some Vitamin Sea