Memories Growing Up a Middle Child

I still think my little brother threw his cup knowing I would fall in for his entertainment. 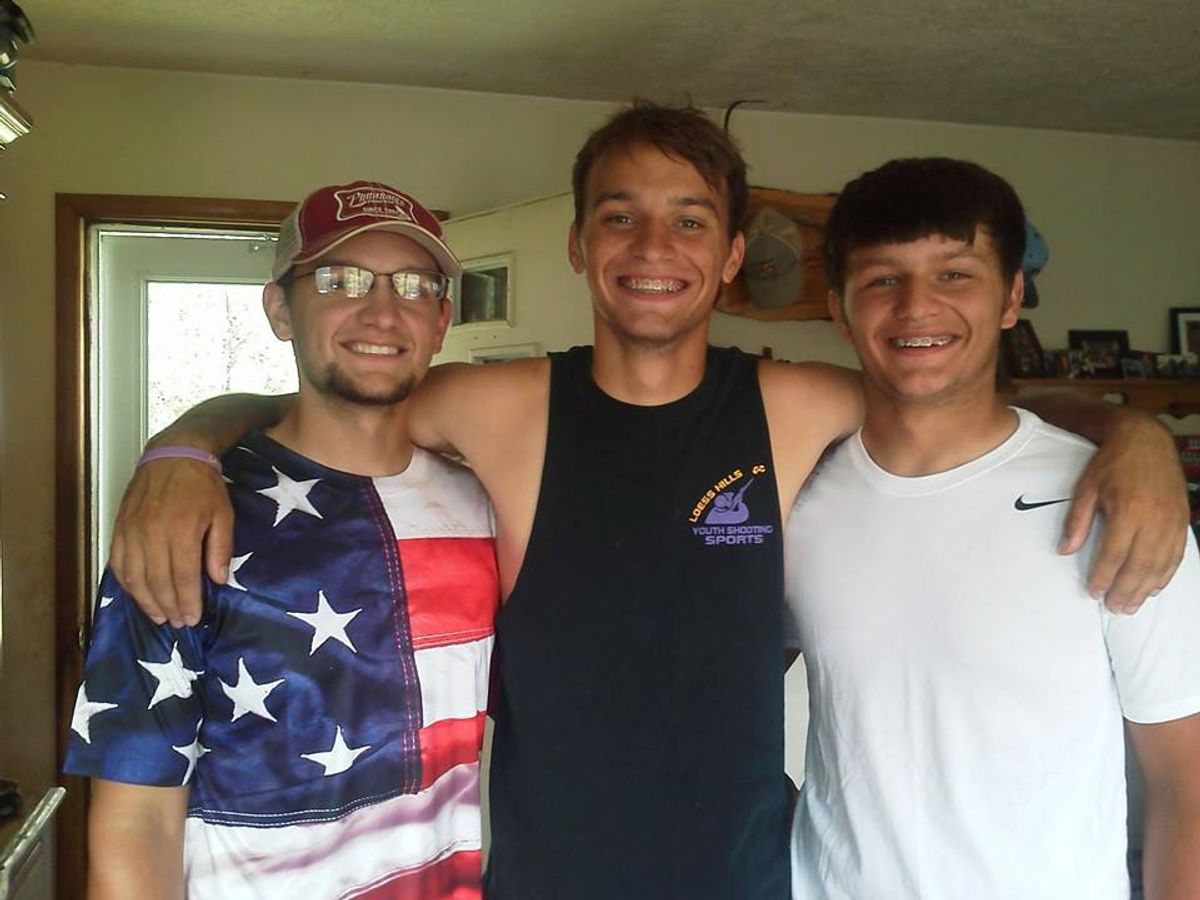 I’m bored sitting in the Stater office waiting for editors to finish their pages so I can read and copyedit them. I’m bored because my laptop is dead and the nearest outlet is too far from the table I sit at to charge and still be able to be on it. Well, since I am bored I pulled out my notebook, and even though my hand is already cramping, I thought I would share one of my favorite memories with you.

I don’t remember my exact age, but I was pretty young, probably five or younger, and my family took a trip to Willow Lake for a day of fishing. I was young and bored and didn’t want to fish anymore, so I was trying to reach my legs into the water from the dock.

It was a lot of fun splashing around even though my dad was trying to fish. My little brother was sitting in the stroller next to me. Before I go too much farther, you should know my little brother and I have never gotten along.

Before him, I was the baby of the family. Once he was born, I became the average middle child. My older brother got what he wanted because he was older, and my little brother played the lovable, parent favorite, baby child who was really evil behind closed doors.

If you are a middle child, you know what I’m talking about. The countless times younger siblings will act hurt when you barely touch them, and run to mom or dad to get you into trouble.

Anyways he was sitting in the stroller and decided he would throw his sippy cup into the water. I was already reaching my feet into the water, so I tried to reach the cup with my little legs. I reached too far and fell in.

On my way into the water I looked up and saw my dad on the other side of the dock setting the hook to catch a big bass. I don’t remember much from my early years, but the picture of my dad setting the hook and the look on my mom’s face as I am falling will always stay with me.

Once I was in the water, I opened my eyes and thought I was a goner. That is, until I felt a hand grab me by the back of the shirt and pull me out. I don’t know if it was my mom or dad who pulled me out, but my dad always jokes that he caught a fish and his son at the same time.

I still think my little brother threw his cup knowing I would fall in for his entertainment.