All the books, shows, movies, and productions I can't wait for next year.

2019 had some great shows, movies, and books, from Stranger Things season 3 to Avengers: Endgame. 2020 better step it up to beat that.

Here are some of the coming media releases I anticipate the most to start off the new decade. 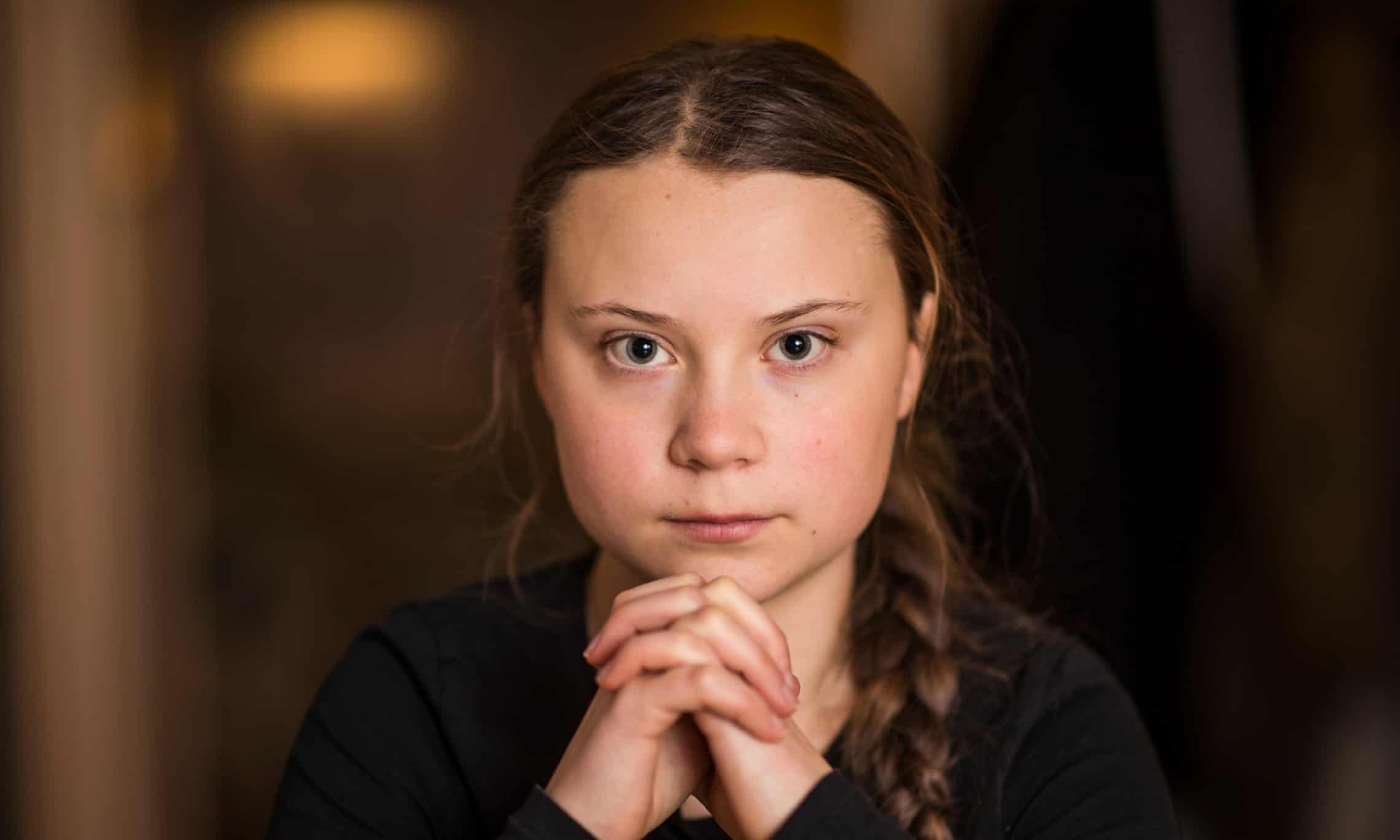 Greta Thungberg is a 16-year-old climate activist from Sweden. Greta has given speeches urging policy changes at the UN, climate protests, and other political events.

Although she is Time's Person of the Year 2019 and recipient of other prestigious awards, Greta rejects these awards as mere performative environmentalism rather than actual action. She's a major role model and influence to myself. When Hulu announced they would be producing a documentary about the activist to stream in 2020 I already couldn't wait to learn more about her. 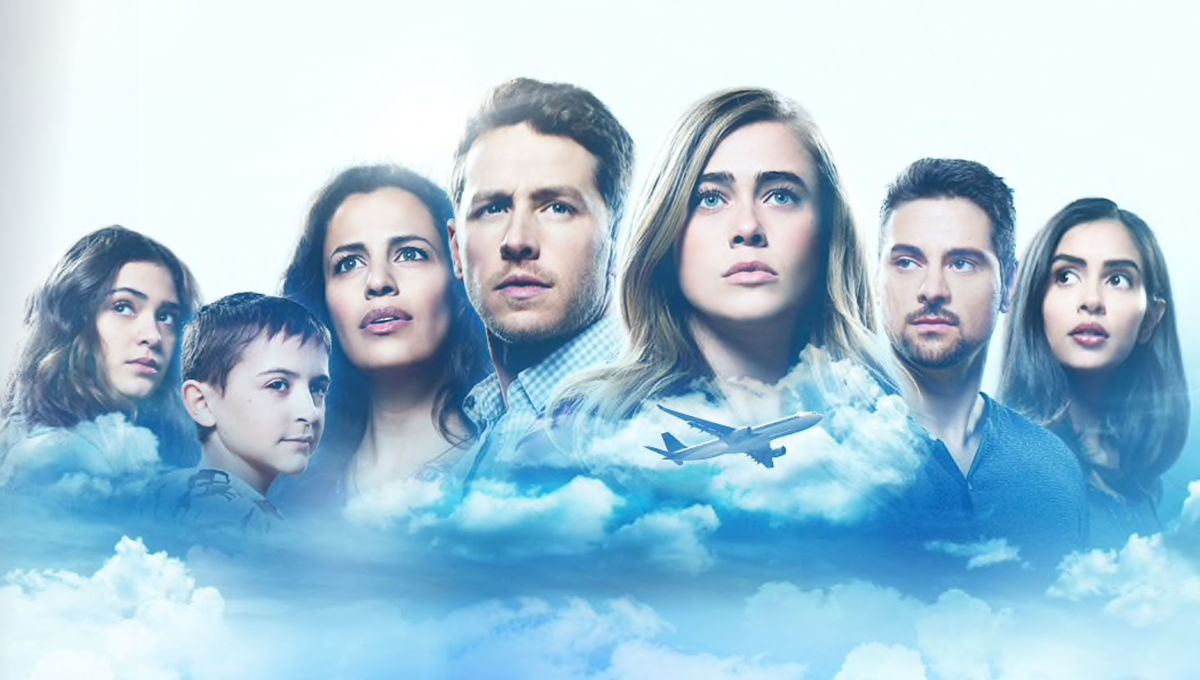 I heard buzz around this series before the first season aired in 2018. The plane themed unexplained mystery investigation show has some obvious similarities to the hit ABC series Lost.

Lost is one of my favorite shows of all time and I've been dying to watch something as riveting since. So far, Manifest has really impressed me. The mystery raveled in more mystery had me binge watching as fast as I could. I've been dying to see if this franchise continues to build upon the success of the first season ever since. Guess I'll find out in 2020. 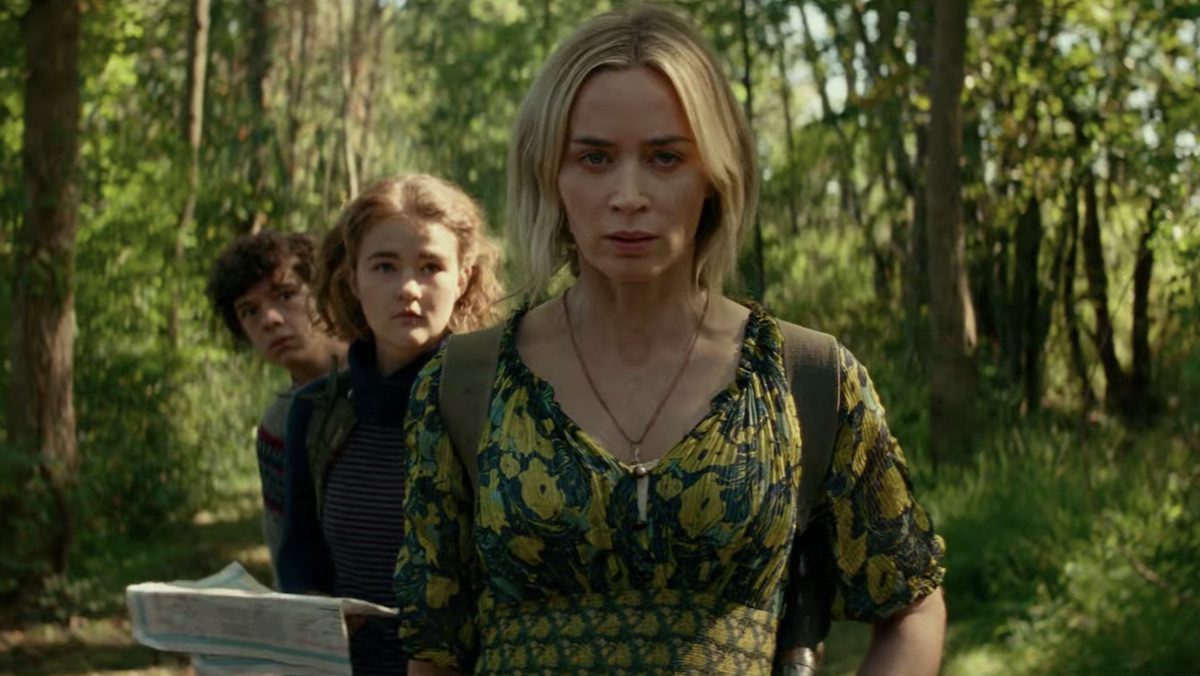 The first Quiet Place had me on the edge of my seat, cover my eyes, and almost screaming at the characters as if they could hear me. It was great. It also ended on a great note to carry right into a sequel so I'm not worried that this next installment will be grasping for straws.

I don't think I could handle a horror movie in theaters but I will make my roommates watch this with me as soon as I can. In November 2019 YouTuber and social media beauty influencer James Charles announced he plans to create an online reality competition centered around makeup. There's no exact date yet but James did say the series will be available completely free online which excites me even more.

This will most likely be the first YouTube competition series of such a large scale. I'm expecting professional studio settings, wild personalities, and amazing makeup looks.

For now I'm watching casting call videos uploaded by fans hoping to get casted and win the $50,000 prize. 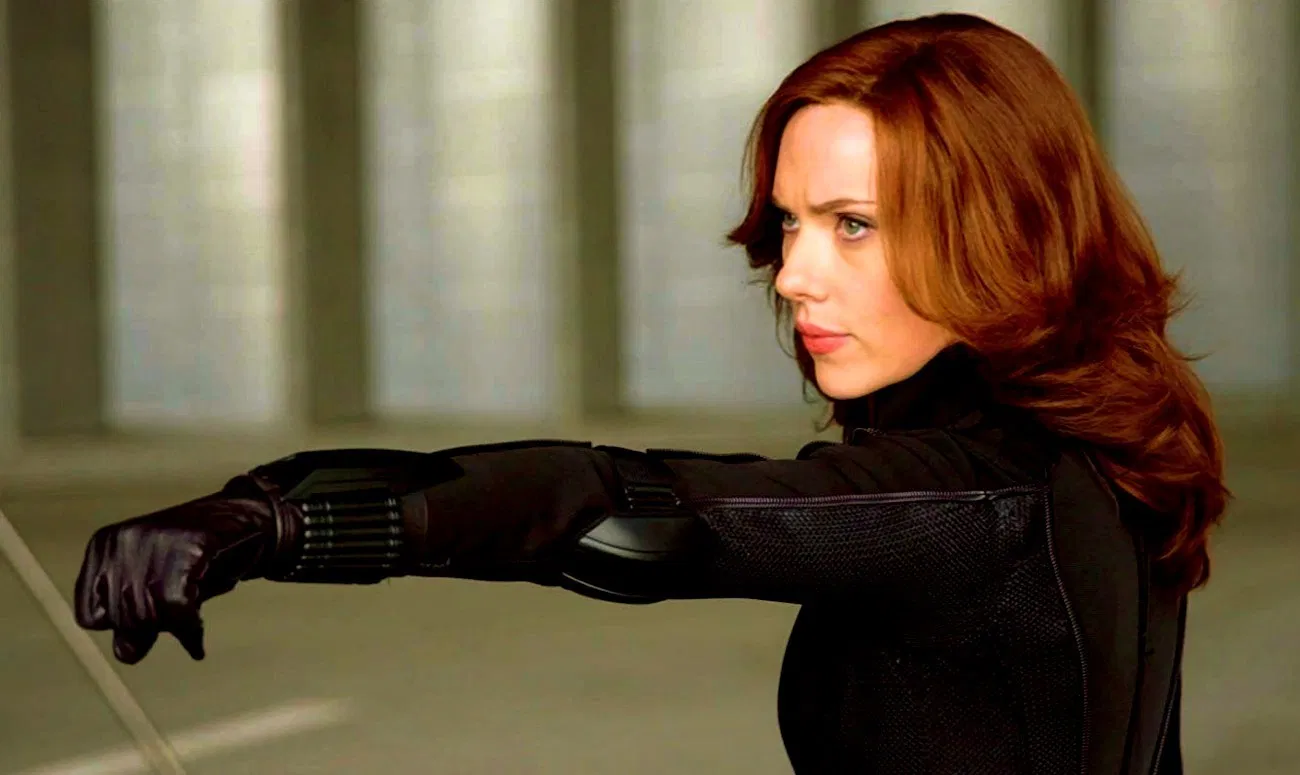 Fans have been dying for a Black Widow solo movie since the first Avengers came to theaters in 2012. This one has been a long time coming.

I'm nervous about how Marvel will treat a female lead since my friends and family told me Captain Marvel was so bad it's one of the only Marvel movies I haven't seen. And Black Widow's backstory has either been skipped over or shown poorly in ensemble movies she's featured in. Let's hope this spin-off does her justice in May 2020.

6. The Ballad of Songbirds and Snakes - May 19th 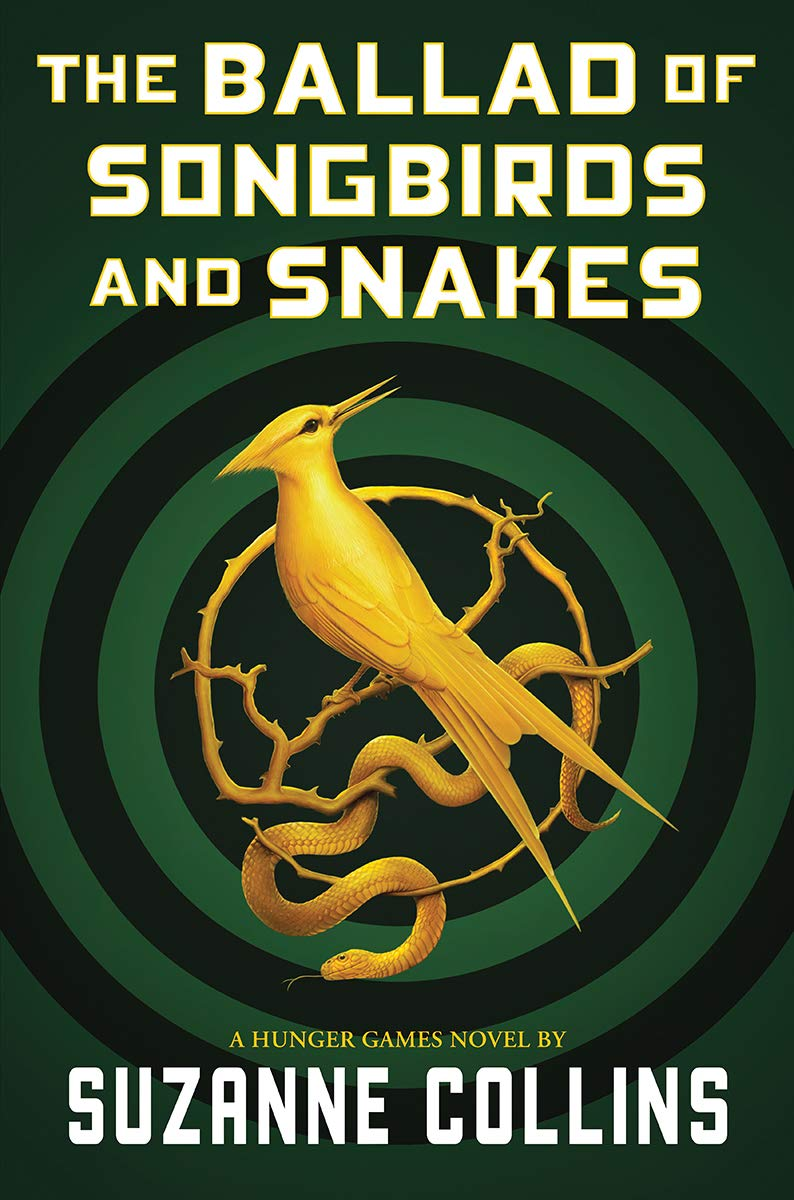 Suzanne Collins, author of The Hunger Games series, will publish a spin-off book set in the same world. This prequel takes place 64 years before the 74th Hunger Games. That means no Katniss, no Peeta, no Gale, no Buttercup the cat.

Besides knowing that the book spans over the time of the 10th Hunger Games we don't have much more detail yet. Fans theorize that The Ballad of Songbirds and Snakes may feature Mags who won the 11th Hunger Games as a teenager, or President Snow who was 10-years-old during this time.

Although it'll probably focus on entirely new characters which gets me more interested than the same old same old. 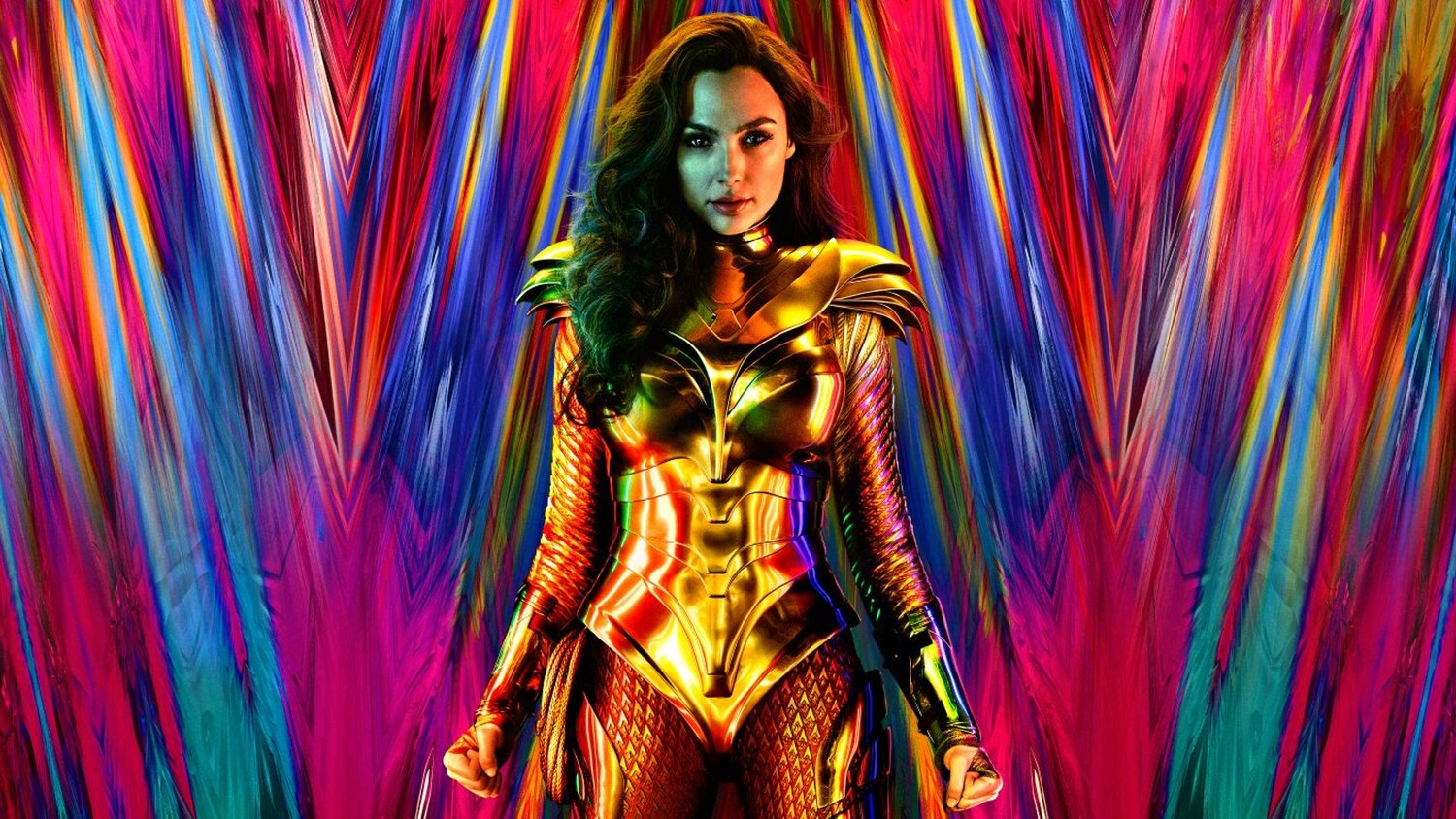 The first Wonder Woman from 2017 blew me away. In a heavily oversaturated superhero genre that film stood out to me. Wonder Woman also impresses me as the only DC hero film I enjoy.

It has some of the best choreographed fights and Gal Gadot steals the show. She looks great in the trailer for Wonder Woman 1984 and I have high hopes from the same director Patty Jenkins. 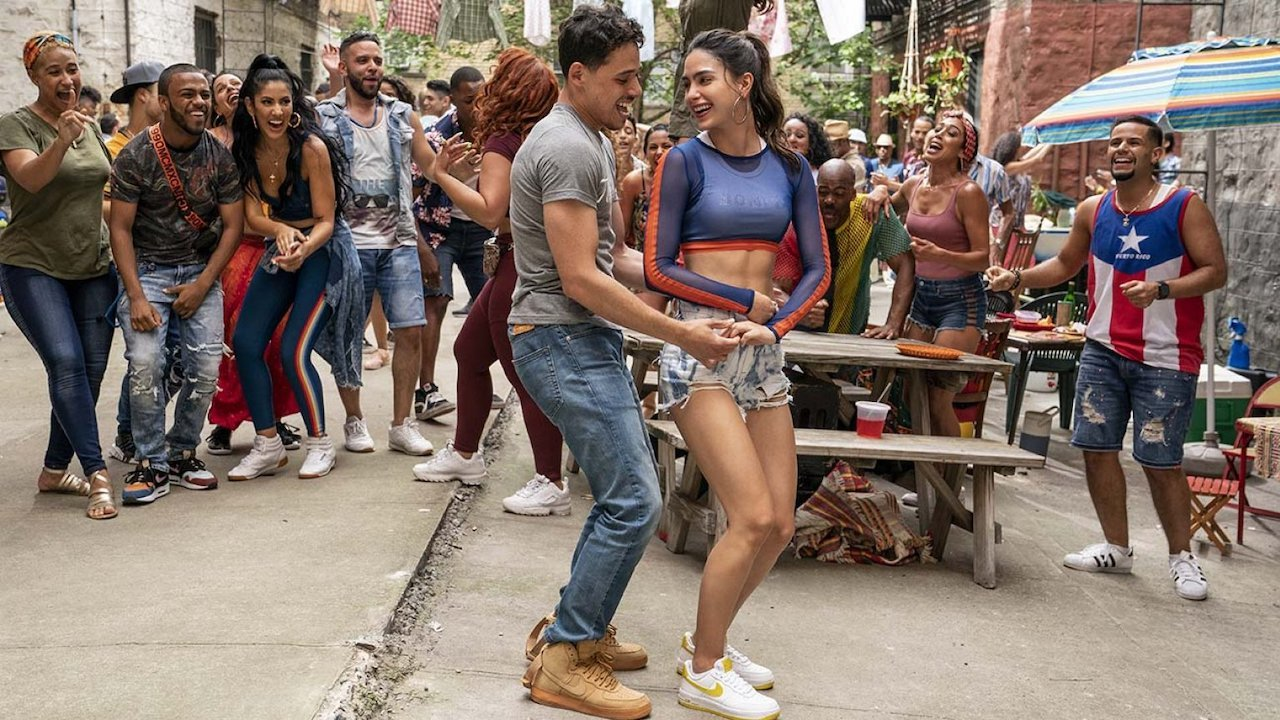 I listened to this musical years ago. After hearing Hamilton for the 20th time in a row I thought I needed a break so I turned to Lin-Manuel Miranda's other musical he wrote before Hamilton: In the Heights. I've never seen it on stage but I know that the music and lyrics sound exquisite.

It's snappy and fun. From the trailer the dancing, sets, and costumes look unique and playful as well. I'm looking forward to this summer musical. Hopefully Hamilton will get a movie adaptation next.
Report this Content
This article has not been reviewed by Odyssey HQ and solely reflects the ideas and opinions of the creator.

This Survey Shows How Quarantine And Drinking Relate, And I Can't Say I'm Surprised

"5 o'clock somewhere" is more of a guideline now than ever.

As it stands, and my friends and I are finally 21. We're extremely excited to be able to go out to bars and "get lit" as the kids say, but due to the pandemic, all of our plans have been put on hold. We'd rather wait and go when it's safe than risk spreading the infection and hurting our loved ones. So, we've all been quarantining apart, getting on the occasional wine zoom call. This made me wonder if anyone else our age were doing the same thing.

Then, I discovered this survey: We Surveyed Millennials And Gen Z About Their Quarantine Drinking Habits — Cheers. Here are 3 things that I discovered through the survey results.

Keep these drinks in mind next time you're visiting your local farmer's market — you might want to grab some extra mint and limes.

With Summer 2020 in full swing comes the addition of many fresh fruits and vegetables to brighten up your dinner plate, but also your glass! Farmers markets are my personal favorite place to look for produce that is in season to make fun mocktails with.

We created a list of things to do since social distancing may create a dent in our typical, planned traditions.

With the Fourth of July on Saturday, the usual tradition of popping fireworks, grilling out, and being surrounded by family has been modified due to the pandemic. Whether you're a loner or surrounded by family, there will most likely be some changes to your celebrations.

For weeks on social media, people across the country have been complaining that they have been subjected to fireworks going off at all times of the night into the early morning. This has sparked concern and questions about why this is happening and how are people even obtaining the fireworks.

Carb And Cheese Lovers, Unite — These Are The Best Mac And Cheese Recipes On The Internet

Whether you need to get through the current pandemic or want to spice up your Fourth of July celebrations, these mac and cheese recipes will do just that.

My favorite food is mac and cheese, and it always has been. All it requires is noodles and cheese — it's so simple to make. Although it's my favorite, it can also get kind of mundane because it's such a simple recipe. This, of course, has led to many people all over the world experimenting with the American staple.

With our lives currently being turned upside down due to the pandemic, a lot of people are seeking comfort. These are scary times, and in order to make it day-to-day, we need to have our favorite foods as a standby. These recipes can also be used during your celebration of the Fourth of July.

17 Things To Make You Feel GOOD This Week

Because some purchases are just necessary.

Y'all, we're struggling. You don't even have to tell me, I know. What a mess we're all in, right? This year is not going how we planned and the world has turned into one giant struggle bus. I guess you could be super philosophical about everything happening for a reason, but sometimes life is just hard.

There are plenty of ways to bring yourself out of whatever rut you're in. You could go for a run, have a snack, or read a book. Or, if you're really looking for an adrenaline rush, go shopping. This is obviously not going to solve the world's problems with one swift click of the "checkout" button, but hey, it may just give you the little boost you need today.

I Wore A Butt Mask Every Day For A Month, And It's Officially Essential In My Daily Self-Love Routine Now

Thirty days later, my booty's as smooth as a baby's.

- Blissfully unaware that butt-care beyond squats was even something I should be considering in my self-care routine, I tried one of Bawdy Beauty's butt masks for the first time a month ago.

- I've never really given my butt a second though till I took a look at improvements that could be made with the mask — if one of the hydrating, firming, detoxifying, or brightening masks in the kit I received could either smooth out cellulite or tone my skin a bit more, I wasn't going to complain.

- Each Bawdy Beauty sheet mask comes in an individually-packaged sheet, soaked with a serum I massaged into my skin after removing said sheet. The clay butt mask comes in a convenient stick format I simply draw on to my skin and leave to set for about 10 minutes before hopping into the shower.

- I set a goal of committing myself to butt-care every day for one month. Between the regular use of sheet masks, clay masks, and their CBD Butt Balm in between, I didn't have many expectations.

- I thought the whole concept may just be a gimmick, but my butt has never looked so toned in my life, and the cellulite I had is almost completely gone. I wear one every single day when I get the chance.

I'm incredibly skeptical when it comes to marketing ploys and gimmicks in the beauty world. I'll be the first cynic to try out the latest serum on the market every influencer is raving about just to negate every grandiose claim it makes.

This Amazon Best-Selling Sex Toy Has Over 1,770 Five-Star Reviews, And It's Now On Sale For $28

One woman said she cried because it changed her life.

Friends, you don't have to be quarantined to use a personal massager, you know? Because, sure, quarantine made for a lot of extra quality time with yourself, but no matter what phase of the reopening process you're in, it's normal and actually healthy to take care of your sexual needs on your own.

5 Books I Didn't Realize Are About Gay Women

Frequent readers of LGBTQ fiction might feel like they're reading the same book over and over again, with few exceptions.

Most of these books were on my TBR list for months and I didn't realize they were about gay women until I was reading them, hopefully, this list of books can interest you in expanding your reading material and seeking out different stories.

To The Grandmothers Who Made Us The Women We Are Today